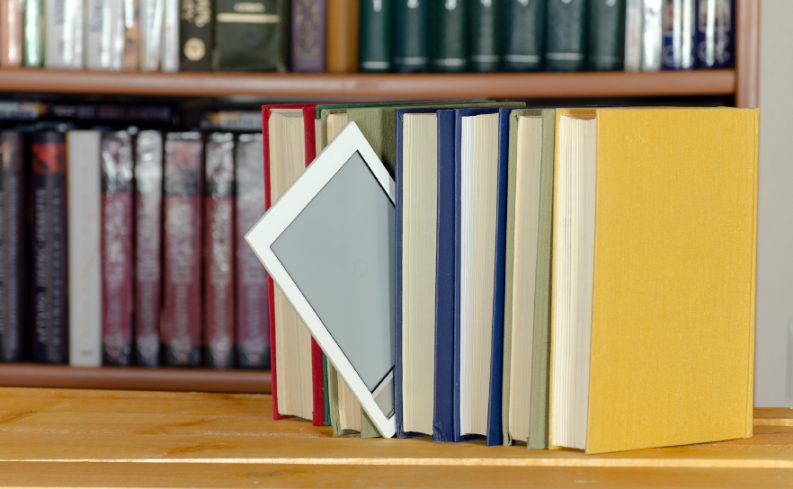 In an arrangement with Houghton Mifflin Harcourt, Vancouver’s Shelfie program adds Harvard Book Store to the list of cooperative books points in which ebooks are being bundled with print editions. ‘We Are a Digital Company in Support of Print’

In the type experiment many have wished more brick-and-mortar bookstores might try, the venerable Harvard Book Store in Cambridge, Massachusetts, is announcing today (May 3) an innovative new partnership that pairs print and ebook copies of books for customers using the Canadian service Shelfie.

You’ll notice, of course, that these all are Houghton titles. The program, according to Shelfie Vice President for Content Mary Alice Elcock in response to Publishing Perspectives’ question, is actually an arrangement with Houghton. This is common in Shelfie’s development: its arrangements — as is explained on this page of its site for publishers — are made with publishers for bundling rights.

In the case of this arrangement, Elcock says, the ebook titles available in the bundling program are being chosen by Harvard Book Store and Houghton.

One of the most energetically expanding startups in publishing

, Vancouver-based Shelfie — which began life in 2013 as BitLit Media — has some 1,400 participating publishers now in its ebook bundling scheme, which uses smart phone apps (Android and iSO) to capture the interests of print-book owners and offer them ebook editions of those print books. The service at this point comprises some 300,000 titles, Elcock tells us.

To quote a prepared statement from Shelfie on the new partnership with Harvard Book Store: “By taking a photo of their bookshelf (a ‘shelfie’), readers can identify a list of books eligible for digital bundles. Readers are able to download an ebook or audiobook by using the app to snap a photo of their book’s copyright page marked with a bookplate or their handwritten name.

Shelfie has been tested in some bookstore programs in the past, and in those instances, the company says, bookstores have seen a 180-percent lift in sales on books stickered with the offer of a free or discounted ebook. “What makes Shelfie unique is that we are a digital company in support of print.

“We only make a sale when a reader has first purchased a print book.

“We are incredibly excited to be working with Harvard Book Store, an exceptional independent bookseller, to promote ebook bundling to their customers.”

“Harvard Book Store is keen to promote reading across formats. We believe that bundling the ebook with the print book will be of great value to our customers. We are delighted to partner with Shelfie to make this possible.”

If you’re in the Cambridge area tonight near Boston (May 3), you may be interested in Harvard Book Store’s launch event for the bundling program at 6 p.m. ET at the Brattle Theatre, an evening timed to dovetail with the release of Anderson’s TED Talks.

Harvard Book Store’s Carole Horne, General Manager, was a panelist Sunday (May 1) in Boston’s The Muse and the Marketplace conference, offering marketing feedback from the bookeseller’s viewpoint to authors promoting their work.