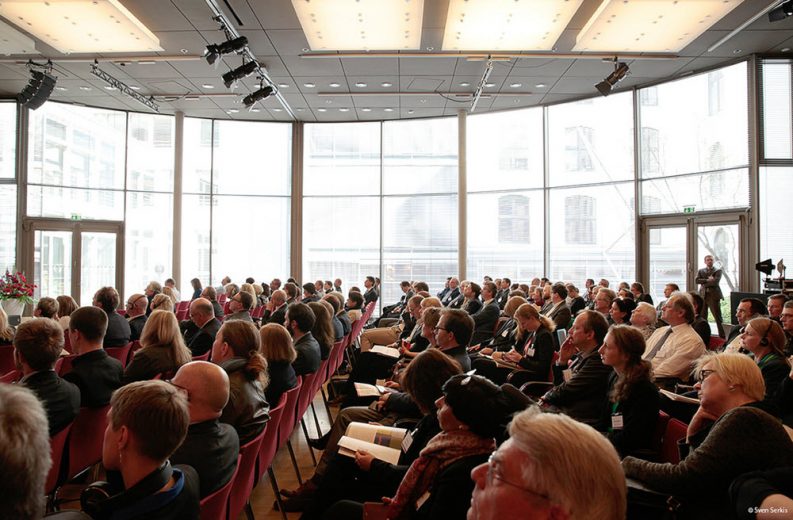 Nobody’s wrong, there’s no blame here, and no easy answers, either. But world publishing has a calendar-stuffing problem and we’re giddy on jet fuel: we can do better. ‘Wander Wisely’: Maybe We Should Listen

There’s a lot to enjoy about the profusions of publishing events that occur in the spring and in the autumn, of course: reconnecting with colleagues; finding new and interesting ventures; selling and buying rights; having meetings, making plans, building partnerships and friendships. Anyone who knows me knows that I love to travel. A lot of us do.

While eventually business and society may evolve past our frequent pleasure in getting together in person, we’re far from that point now and the conference and trade-show circuits are important and rightly looked forward to.

Digital means we can communicate, coordinate, check our dates against others’ dates, make some changes, be creative about what we’re doing in 2017 and 2018 and beyond.

At the same time, being an industry that cherishes its traditions (I hope I’ve phrased that charitably), there are things we genuinely need to reconsider about how we’re clustering so many events in such small stretches of the calendar.

It’s also true that this year’s London Book Fair (April 12-14) was closer than usual to BookExpo America in Chicago (May 11-13).

And we want to take special care to recognize that the trade shows—London, BEA, and Frankfurt Book Fair—are easily the biggest, most sophisticated, most costly and difficult of all these events to mount: they should have first dibs on dates, as I know my great colleagues in Frankfurt and at Reed Exhibitions will, correctly, want to point out. I couldn’t agree more.

What’s more, there’s good news on the trade-show front, in that London goes very early in 2017, March 14-16, and BEA returns to its usual home in New York and usual later timing, May 31-June 2. Frankfurt, of course, stands well off in October. So there’s much a better spread in place after this year for the trade shows.

It really comes down to the conferences and their tendency to pile-on, when there are practical reasons (coming below) to change that. This spring, for example:

This is by no means a comprehensive list, either. I’m riffing across a vast rundown and even managed to work in the exceptionally fine HOW Design Live conference that Emerald Expositions produced this month in May. Gary Lynch, formerly with FW Media, and Amy Conover outdid themselves this year. The futurist Amy Webb, alone, was worth the price of admission. And all the major speakers there, by the way, are authors. If you think publishing doesn’t need design thinking, just look at the conference collision on our spring and fall calendars. The view from the press table at HOW Design Live: More than 3,500 designer-delegates listen to futurist and author Amy Webb (Penguin-Plume), on May 21 in Atlanta. Image: Porter Anderson

Good News: There Are Eight Other Months

In looking at the haggard faces of so many of our friends and cohorts at BEA, it was impossible not to realize how publishing is over-scheduling its events in April, May, October, and November. There are warm climes for the winter months, and cooler parts of the world for the summer months. The North American winter stands all but vacant of large-scale events at this point, with Tools of Change now discontinued and Digital Book World standing in its new March 7-9 dates in New York.

We’re an incredibly mobile crowd, we bookish nomads, why not make the most of the rest of the year instead of aging ourselves in dog years for four months annually?

No, everyone doesn’t go to all events, of course. But in looking at practical reasons for some changes, there are people who need to go to a lot of them, people who are wanted at a lot of them. There are three easily named key groups, in fact, in that camp:

Long tradition, cost of travel at various times of year, the likelihood of good weather in one spot or another, the maddening bid for the right venue and hotel—all these factors have important places in how scheduling is done. I don’t mean to diminish the searing difficulty of creating these fine experiences. I’ve done enough conference production, myself—including a conclave of the United Nations’ World Food Programme country directors in Firenze—to hold our event organizers and coordinators in highest esteem: they are masterfully patient, helpful people, especially to those of us in the press. But here are some values we need to consider:

We all realize that nothing can change fast, even if we want it to: conference dates and venues are booked years in advance. Understood, don’t worry, please don’t feel defensive if you’re someone who handles all this. That’s fine, nothing can change overnight and nobody is “wrong” here, there are no villains.

But what we all need is a better chance to get to more of these great events, not fewer—and without ricocheting through time zones like a bad scene from Tron, red-eyed, heads pounding, boarding passes stuffed into every pocket, taxi receipts used as cocktail napkins, dogs kenneled for weeks at a time, families wondering whatever happened to us.

As our friend Guy Gonzalez loves to say, #cmonson. We can do this better.

Needless to say, the problem is that there’s no Conference Central, no one standing as a central coordinator, calendar-keeper, advisor to the many, many sets of independent organizers trying to create these events in so many places. The Travelocity travel gnome may have something to say to the world publishing industry. Image: PBS, January 2015, as Travelocity was acquired by Expedia.

But digital means we can communicate, coordinate, check our dates against others’ dates, make some changes, be creative about what we’re doing in 2017 and 2018: spread out the conferences, give ourselves time to make them more special and give each other time to catch breaths, clear heads, pay bills, check in at the office, and arrive focused and receptive and full of the prosperity-minded collegial joys of being together.

We just can’t do these seasons well—none of us can—when these fine, distinctive, informative, profitable occasions are stacked atop each other like the cities of Troy.

Maybe the Travelocity gnome has it right: “Wander wisely,” he keeps telling us.

We could think about it, you know?