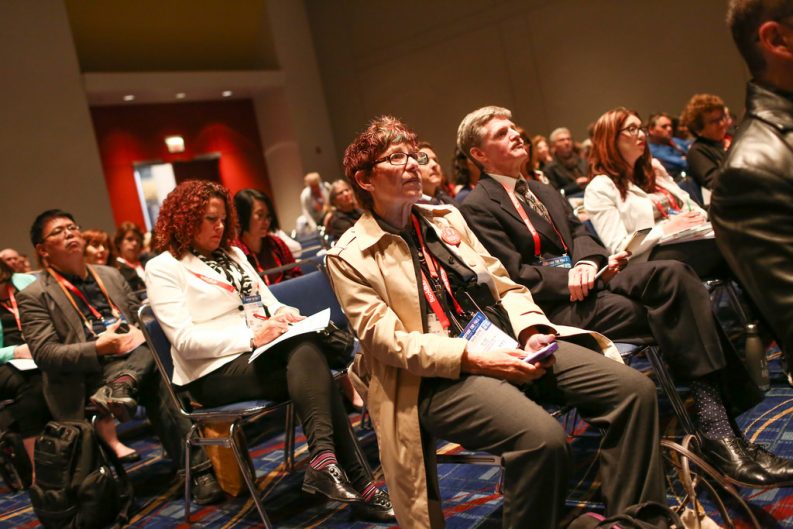 Not in every case does an Editors’ Buzz panel spot at BookExpo America ensure good sales in the autumn. But there’s a curatorial factor at work that may pay off in the longer term. ‘Anointed by the Industry’

As the title suggests, the coveted seats on this panel give editors a chance to feature the key books with which they want to woo US booksellers, librarians, and media, building advance “buzz” toward an autumn publication.

In Publisher’s Weekly’s preview piece by Beth Levine for the panel, two of the featured editors — Elizabeth Schmitz, VP and Editorial Director at Grove Atlantic, and Sarah McGrath, VP and Editor-in-Chief with Riverhead Books — noted that the panel helped put books on the radar for booksellers in a “different, big way” while also generating a great opportunity to showcase new writers. While that might be the desired effect, the inconvenient truth about buzz is that it doesn’t always translate into that hoped-for successful publication.  Sometimes, in fact, buzz can hurt a book.

There are several types of buzz in US publishing:

At the time of publication, publishers and the media asked if the hype around on the auction for City on Fire did it a disservice and many reviews by readers on Goodreads referenced the $2 million advance, both positively and negatively.

While The New York Times’ Stuart Emmrich noted that City on Fire didn’t live up critically or financially to the buzz that came with the auction, he also reported that an unnamed executive at Knopf was unconcerned because, the exec said, “this is a book we expect people will be reading in 20 years.”

If anything, publishers use this kind of buzz less to attract immediate good reviews or commercial success, and more as a kind of curation. With the “Wall of Content” rising as books proliferate in the marketplace from both traditional and independent publishers, these peak publicity moments have become more important than ever, strategic or not, in the effort to capture consumer focus. “A book being on the buzz panel means it is being anointed by the industry,” said Ryan Doherty, Vice President, Literary Development for Sony Pictures, who optioned the rights for Darktown by Thomas Mullen, one of the titles discussed.

What sets apart the BEA Editors’ Buzz event is also access to a rarely heard-from, fresh, group: the editors.

“What I like about the Buzz Panel is the ability to hear the editors talk about the books,” said Tom Beer, President of the National Book Critics Circle and Books Editor for Newsday.  Rather than getting a pitch from a publicist, as Beer usually does, “There’s something different about hearing the unvarnished story from the editor,” he said.

McGrath, in her presentation for her book The Mothers by Brit Bennett, spoke to the audience Wednesday not as an editor but as a reader.  She said that she inhaled the book “like some kind of fuel, I needed it.”

Having piqued attendees’ interest, McGrath left the room of influencers at Chicago’s McCormick Place West not only ready to sell the book to customers but also to read it, themselves.