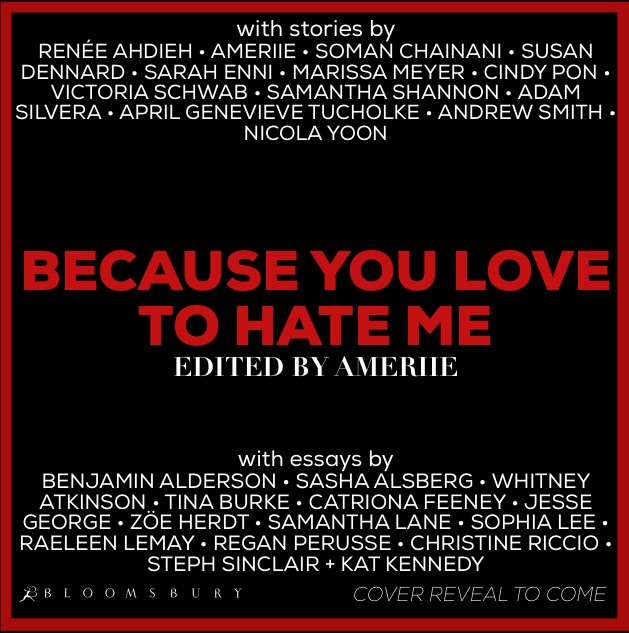 ‘Villains just want to rule the world.’ So do several YouTube stars, but who’s counting? Bloomsbury is pairing YA authors and ‘booktubers’ in a collection for next summer’s list. During a panel discussion at London Book Fair last month, a book blogger complained (rightly) that too few titles are released simultaneously in the US and UK. It appears that the long, tattooed arm of YouTube can wave away those concerns. This collection from Bloomsbury Children’s is primed to hit its transatlantic marks in the summer of 2017. That’s mentioned by one of its booktubing contributors, Tina Burke, in her announcement of the project here. Burke, also known as ChristinaReadsYA, brands her on-cam presence as TheLushables. No doubt Bloomsbury hopes the response to the new acquisition will be equally gushable.  — Porter Anderson

‘Not Stories About Do-Gooders Doing Good’

Bloomsbury’s Cindy Loh, Vice President and US publisher of children’s books, has acquired the world rights to Because You Love to Hate Me, a unique collection of short stories from some of the biggest names in YA publishing and on YouTube.

Bringing together 13 YA authors and 13 influential “booktubers” on YouTube, Because You Love to Hate Me will pair one booktuber with one author to write stories from the points of view of famous villains. The anthology, with contributions from New York Times bestselling authors and booktubers with a collective reach of more than a million subscribers, will be edited by Grammy-nominated YouTube star and Georgetown graduate Ameriie.

The project is reported to be Ameriie’s idea — she was repped by Joanna Volpe of New Leaf Literary & Media — and she will contribute both a story and a foreword.

Ameriie is quoted in a story by Shannon Maughan at Publishers Weekly saying, “People with channels are so passionate about reading and sharing the love – it’s a great way to get people excited about books. The digital world is becoming a lot larger, and people are just inhaling content.”

In this collection, each booktuber is to provide one author with a “writing prompt” from which the author will create a story from the point of view of a famous villain.

As described by the publisher, the various entries in the anthology:

“May be stories of vengeance, of defiance, of rage. They might be stories of pain, of heartbreak, of sorrow. But they will definitely not be stories about do-gooders doing good. Leave it to the heroes to help the world; villains just want to rule the world. We love to hate them and they hate to be loved, if only because being hated frees them from having to be good.” Authors in the collection: Booktubers in the collection:

Bloomsbury is scheduled to publish Because You Love to Hate Me globally in July 2017.