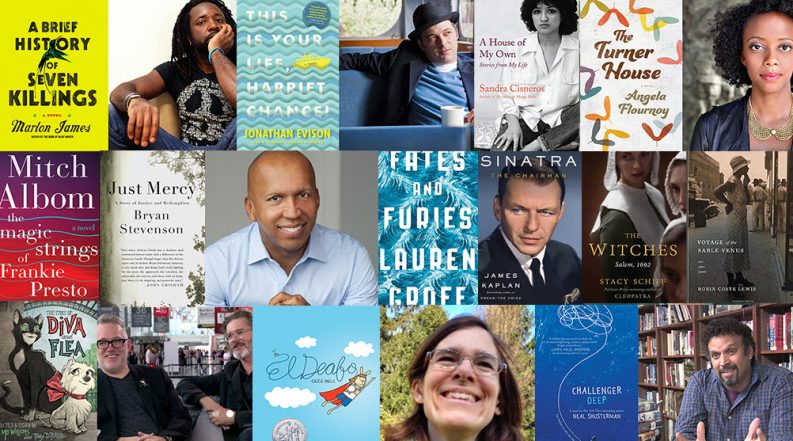 Many in our readership might remember Astral Road Media videographer Rich Fahle, the former Borders VP of Content and Entertainment who for years taped interviews with publishing players at Digital Book World conferences in New York. At C-SPAN, he helped launch BookTV. Now executive producer with PBS.org’s Book View Now, Fahle installed a commanding interview set at AWP’s cavernous book fair in March in Los Angeles. And at BEA this week in Chicago, he’ll be working another cavern, McCormick Place, a bit closer to his Detroit base of operation.  — Porter Anderson

Focusing on Children’s, Young Adult, and Women in Fiction

In a newly announced partnership, BookExpo America (BEA) and BookCon, the ReedPOP fan program that follows BEA, are working with PBS’ Book View Now to introduce content programming and live-stream support available to viewers in many parts of the US. The show will produce three panels and live-stream interviews with bestselling authors.

Live coverage will be available online at bookexpoamerica.com and at the PBS site, as well as through many PBS affiliate stations’ sites and other distribution partners.

The integration of PBS content builds on a relationship, according to prepared statements, that began between BEA and PBS last year. The collaboration is to include three “PBS Presents” panels with key authors of children’s, young adult, and women’s fiction. In addition to the PBS Presents stages, PBS will also provide live-stream coverage from the show. Hosts are PBS Book View Now’s Rich Fahle and Jeffrey Brown, the chief cultural correspondent for NewsHour. Fahle will host live BookCon coverage with a collection of author guest hosts making appearances throughout the day on Saturday (May 14).

Each feature segment from BEA and BookCon will be available immediately following the live-stream on PBS.org. Viewers will also be able to watch on select PBS station websites and all PBS video apps, including iPhone, iPad, Xbox, Roku and Apple TV, as well as YouTube.

Brien McDonald, Event Director for BookExpo America and BookCon is quoted as saying, “Our partnership with PBS and the dynamic content it’ll create represents the next step in our ambitious coverage plans. Book View Now is a powerful platform that supports our missions of maximizing views for the fantastic authors that appear at our events and driving the national dialog on books.”