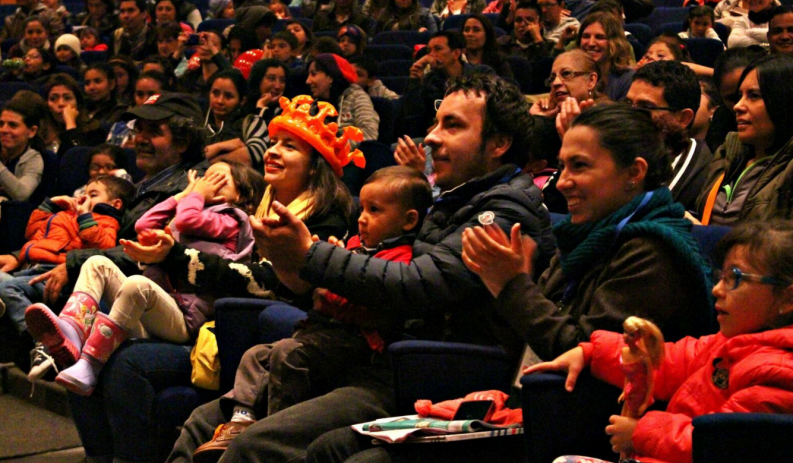 ‘Growing the Professional Component of the Fair’

For the first time in its 29-year history, the Bogotá Book Fair (FILBo) has added a rights center, reflecting growing international interest in Colombian literature, particularly in children’s books and graphic novels.

With 500,000 visitors expected at this year’s fair—which runs until May 2—the FILBo will next year grow in size to occupy an additional, adjacent convention center now under construction, It has outgrown its current 150,000-square-foot installation space at Corferias, the country’s largest exhibition and conference venue.

“We wanted the Colombian publishing industry to make itself known abroad, given its importance in the region,” says rights center coordinator Katerine Amortegui. That new center’s session runs through Wednesday (April 27).

Response from publishers has been strong.

“We had expected to see around 15” players, Amortegui says, “but we now have 63 sellers and around 40 buyers booking a place at the negotiating table, from countries including Portugal, Spain, Japan, Canada, Australia, Chile and Argentina.”

Children’s books, non-fiction, and academic books are getting the most interest. The Netherlands is Bogotá’s 2016 Guest Nation “We’ve been growing the professional component of the fair, beyond its role of selling books to the public,” FILBo Manager Adriana Martínez-Villalba tells Publishing Perspectives. “One of the most important elements of this is having a guest nation each year.

“This means that many publishers from that country attend the fair,” she said.

This year’s guest nation is The Netherlands, which has extended activities beyond the fair’s premises, with events taking place across the city. One outing was a Sunday morning bicycle ride from the Chapinero neighborhood to the fair, designed to draw more visitors to the event.

France has been named guest nation of honor in 2017, and in collaboration with Colombia has launched two cooperation projects to subsidize translations of works from both countries into each language.

Martínez-Villalba attributed the increasing interest in Colombia to the growth of the country’s independent publishing houses, which have gained shelf space over the last decade as their catalogs have swelled. What’s more, she says, publishers are traveling more and works by Colombian writers are beginning to make themselves known in other countries. She cited Colombian painter Emma Reyes’ (1919-2003) epistolary Memoria por correspondencia (published by local independent Laguna Libros), the rights to which have been bought in various countries. It’s to be published as a Penguin Classic in the US and the UK.

Colombian children’s literature has also enjoyed a surge in recent years, and is a genre of prolific production and large print-runs, crossing borders easily as a largely visual media, less costly to translate than text-driven books, Martínez-Villalba said.

“Colombia’s culture ministry has launched a program to provide financial subsidies for translations,” she said, “and there has been an internationalization of Colombian literature over the past five years. Publishers are seeing rights selling as a new business opportunity.”

The rights center, launched in collaboration with ProColombia, the country’s export promotion agency, seeks to take advantage of Colombia’s position as the fourth-largest Spanish-language publishing market, after Spain, Argentina and Mexico.

“We decided to open a space in FILBo to give agents and publishers the chance to negotiate for rights, and it works well because the Guadalajara Book Fair in Mexico (held in November-December) takes care of the Spanish-language market in the second half of the year.

“We are aware it is a task that will take time, but it will grow.

“The fair is increasingly important in the Spanish-speaking world and we have never had problems attracting the public, but we do need to maintain the quality and even improve it. We also want to attract more families, to visit the fair as a day out, and we invite 30,000 local schoolchildren to visit the fair each year.

“The beautiful thing about the Bogotá fair is that the local people love to attend because it puts them in touch with other countries and cultures, and we open the fair free of charge for one evening, making it even more accessible.”

Personalities appearing at the 2016 FILBo in Bogotá Flanders and The Netherlands are one of seven regions featured in the 2016 The Markets: Global Publishing Summit at Frankfurt Book Fair, October 18. More information.

For more about the season’s publishing rights issues, download a copy of our Spring 2016 magazine as a PDF.

Join us in New York City on June 13 for a special conference, Rights and Content in the Digital Age.

And for more of our recent rights coverage, see When Copyright Protections Are Weakened: Canada’s Warning for Australia and The UAE’s Bodour: ‘To Always Stay Ahead of the Curve.’