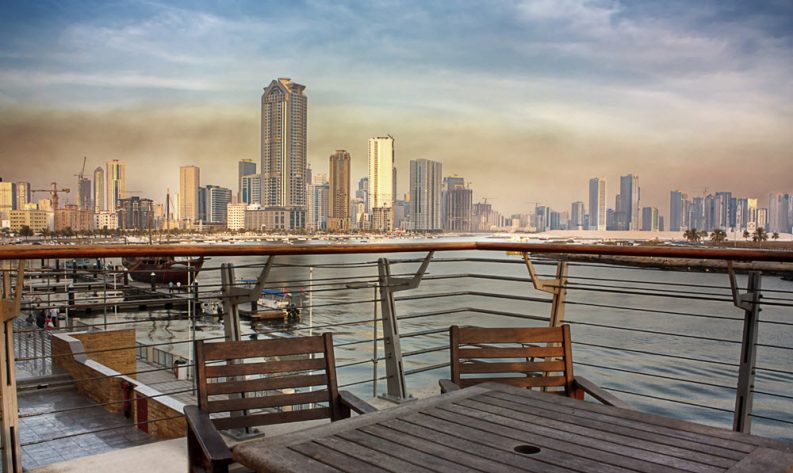 Estimated at a value of €250 million, the UAE’s book industry is among the world’s most intriguing emerging stories, a fast-gainer in the lineup of The Markets: Global Publishing Summit in October at Frankfurt. Coming to Frankfurt: Special Insights Into an Emerging Market

One of the seven publishing regions to be highlighted in The Markets: Global Publishing Summit (#themarkets2016) on October 18, the United Arab Emirates will be examined — as will the other six markets — with analysis of its place in the world of publishing; a look at the vision of its literary and commercial ethos; and special networking opportunities with leading business players in the region.

The speaking delegation for the UAE will be led by publisher Sheikha Bodour bint Sultan Al Qasimi, founding patron of the 100-member Emirates Publishers Association (EPA) and the guiding force in an Arabic literature renaissance.

In her interview with Publishing Perspectives ahead of her appearance this week at Berlin’s Publishers’ Forum, Bodour refers to frequently cited high literacy rates (93+ percent) and penetration of the Internet (92 percent) and smartphones (72 percent), with cautionary insight: “Although the country has advanced ICT infrastructure and high Internet and mobile penetration, digital publishing is not capitalizing on this landscape nearly enough.

“Digital content or ebooks share only 1 percent of the Arabic book readership. Kalimat Group has printed more than 100 titles in the last few years, with almost all of them having digital versions.

“But only one copy in every 100 sold is a digital version. I don’t believe we’re experiencing any jarring between the two formats, it’s just that the demand isn’t there at the moment.

“We anticipate that this will change.”

Some fast statistics on the UAE help to grasp some of the complex cultural cross-currents that characterize the region today: Situated on the coast of the Persian Gulf, with access also to the Gulf of Oman, the country is bordered by Saudi Arabia and Oman. The capital of the UAE is Abu Dhabi, the second-largest city in the country after Dubai.

Bodour, who is the founding CEO of the Kalimat Group and publisher of its subsidiaries/imprints Kalimat, Horouf, Rewayat, and Maktaba, says she estimates the value of the UAE book market to be some 250 million euros (1 billion dirhams, US$281 million).

Domestic book production in the UAE represents a small share of the market, compared to imports from other Arab countries. Meanwhile, non-Arab imports – mainly in English – are much more extensive than those produced in the Arab countries, accounting for a market share of roughly 65 percent. According to the publication Buch- und Buchhandel 2015 (Books and Bookstores) by the German Publishers and Booksellers Association, in 2014, 76 licenses for German-language books were sold to the Arab world (in 2013, 60). Of these, 48 went to the UAE.

Among the most intriguing elements of the UAE is its relative youth on the world publishing stage. Most of its publishing related companies are less than 10 years old. As The Markets organizers note in a prepared statement: “This makes it all more remarkable that the recent years have seen the founding of diverse publishers all trying to meet the local demand, while at the same time aiming to match the standards of the international industry.

“Most of the new publishers are concentrated in the fields of education, cultural heritage, travel and tourism, and children’s books.

“The country is consciously aiming to develop its professional infrastructure and sales structures, including competitive book fairs, and to establish itself as a bridgehead into the whole Arab world for the international trade.”

Among the region’s greatest successes, last year’s Sharjah International Book Fair (SIBF) drew more than 1.2 million visitors and 1,547 publishers from 64 countries offering 1.5 million books in 210 languages. The Abu Dhabi International Book Fair (ADIBF) – which will run this year from April 27 to May 3 – broke records in 2015, attracting 269,000 visitors and 1,181 publishers from 63 countries, with 500,000 titles on show and an overall turnover of nearly 9 million euros.

“All this, despite the fact that the 83,600 km² country is home to just eight million people. The popularity of the industry event can be explained by the shortage of sales and distribution structures in the Arab region. Alongside retailers and superstores in the shopping malls, the book fairs have developed into the most important sales outlets for the domestic publishers. The presence of hundreds of authors encourages the visitors to buy, as do the large discounts available of up to 25 percent on sales prices.”

Join us for The Markets on October 18

The setting of The Markets on the eve of Frankfurt Book Fair (October 19-23, #FBM16) is Buchmesse’s highly popular Business Club (#BC2016). (Super Early Bird discounts of 25 percent continue to April 30.) Last year’s iteration of the Business Club drew some 3,200 club members from 50 countries with more than 1,200 meetings reserved online and more than 70 events held in the club, itself.

In addition to the UAE, The Markets 2016 will bring its targeted presentation style to:

Publishing Perspectives will have coverage later this week of Berlin’s Publishers’ Forum (April 28 and 29), including Bodour Al Qasimi’s onstage conversation with conference director Rüdiger Wischenbart. Their session on Thursday is titled Publishing in the Arab World: Opportunities and Challenges, Encounters and Controversies. The conference hashtag is #PF16.

Download a copy of our Publishing Perspectives Spring 2016 Magazine as a PDF. In All’s Rights With the Book World, we look at a raft of issues facing publishers and their associates this season and at many trends and players in the field.

If you’ll be in New York City on June 13, join us for a special Publishing Perspectives conference, Rights and Content in the Digital Age. Information will be available soon on that event’s programming.