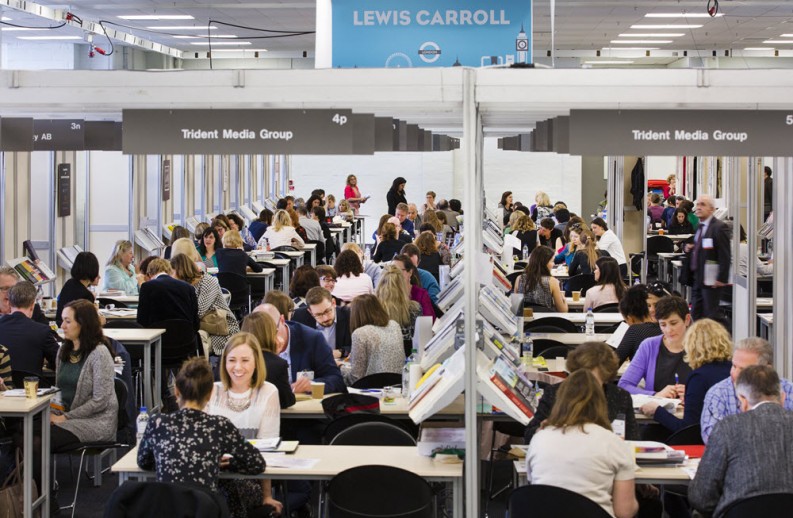 As the ‘Wall of Content’ rises, the heart of the publishing trade show, its rights transactions, becomes all the more vital — as we see this week at London Book Fair. At the heart of every great book fair lies its rights center. So my good colleague Juergen Boos of Frankfurt Buchmesse reminds us in his commentary for our Spring 2016 magazine.

Indeed, Jacks Thomas’ London Book Fair opens each year — the first on our annual calendar of major trade shows to sail into publishing’s new questions and quandaries — with rights as its engine, the key energy, the trade of the trade.

But amid the color and conversation of these convivial events, have you noticed the subtlest step-up in the importance of rights discussions and transactions? It has to do with output, and the fact that the digital dynamic presents us with so much more content than ever before. With titles proliferating, pathways to publication multiplying, and ebooks promising that “you’ll never be out of print again,” the rights trade becomes all the more critical among routes to revenue.

Long before we arrive here at Olympia London, the reports on agents’ hot lists have been piling up. Trading platforms including IPR License, PubMatch, and its associated LBF 365 here at London Book Fair are extending trade time to a 24-hour proposition, the weeks and months between the fairs humming with inquiries, proposals, and sales.

A bit like the Internet, itself, trading is all around us, less confined to those big rooms with the little tables and more likely to rely on tips on social media and — more than ever — on these collegial relationships we cultivate this week and at BookExpo America and at Frankfurt: still a “people business,” mobiles buzzing, tablets blinking, yes, but the handshake still counts.

The Shifting Markets and Their Places in Rights Sales If Jonathan Stolper of Nielsen tells us in London that children’s books are driving growth on a world scale, this is reiterated when I talk with another Jonathan, Director of Translation Rights Jonathan Lyons at the US agency Curtis Brown Ltd.

Among the bigger stories, Lyons tells me, “for any agency with children’s as well as adult titles, is China,” and with no drop-off that he can detect yet, he says, in light of economic uncertainties. The massive market of the East, he says, “doesn’t really work” for many adult genres, “but for children’s? It’s a wonderful, wonderful thing.

“Korea is a great picture book market,” Lyons says, “but they do have a rather classic illustration sensibility, while in China they’re open both to classics and to more modern” idioms.

He ticks off other quick directions of the moment:

And on go those quiet talks in the rights center, at the tables on the stands, in the coffee lines and at the drinks receptions, scouts, agents, editors, publishers, filmmakers, games people, any property is fair game in a fast-developing crossover marketplace like literature, distributed across multiple channels, as mobile as the devices on which it’s consumed.

“The digital age,” Boos tells us, “has allowed for the proliferation of ideas because everything that touches the Web becomes digital content and, as such, it has the potential to become ‘cultural intellectual property.'”

Welcome to the rush, the range, and the rights of a world that’s reading.