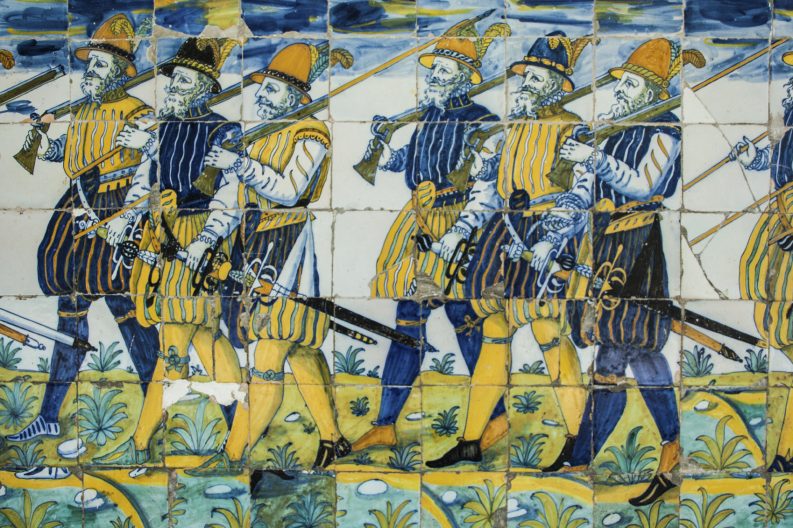 Foreign rights buyers are turning their attention to the language of Borges and Bolaño — At last! say agents and publishers. “The success of authors in translation such as Karl Ove Knausgård and Elena Ferrante,” the Wylie Agency’s Cristóbal Pera says, “has made large publishing houses open a space for translations.” And, indeed, even as we report on AmazonCrossing’s expansionist phase in translation, the entire sector seems to be widening. “Until recently, the publication of works in translation was a small chapter reserved for the biggest literary figures,” Pera reminds us. Now, whole worlds of tantalizing opportunity begin to open. — Porter Anderson

Perhaps the clearest sign of an increase in interest in buying rights in Spain and Latin America is the creation of a Spanish-language division at the Andrew Wylie Agency, arguably the most powerful — and some might say ruthless — in the English-speaking world.

Cristóbal Pera, appointed to head the division late last year, tells Publishing Perspectives he now sees an increase in rights-buying by European and US publishers, for markets in which reading in translation has always been a minority pursuit.

“The procuring of foreign rights by European publishers,” Pera says, “has always been part of their plan, but in the US, until recently, the publication of works in translation was a small chapter reserved for the biggest literary figures.”

The exceptions were a handful of publishing houses such as New Directions and Archipelago.

“But the success of authors in translation such as Karl Ove Knausgård and Elena Ferrante,” Pera says, “has made large publishing houses open a space for translations. I think the success of Roberto Bolaño [published by New Directions] began to open the doors to other writers in Spanish.”

“And now the larger publishing houses are making a space for Latin American and Spanish works in translation,” says Pera.

Last year’s Guadalajara Book Fair (FIL) provided evidence that the buying of rights to works published in Latin America is on the rise, with an unprecedented level of attendance among agents and publishers.

Prior to the FIL, the director of the fair’s professional program, Rubén Padilla Cortés, told Publishing Perspectives that rights buyers had reserved all of the available space months in advance as interest in the region spiked.

“Spanish rights acquisitions have increased tremendously in the four years I have been in charge of the FIL’s professional program,” he tells us.

In Mexico, Penguin Random House (PRH) was among the first to do so, a vacancy likely to be more prominently advertised as other publishers follow suit. “The figure of a foreign rights director has only recently emerged in Mexico,” says PRH Rights Director Clara Stern, “and it’s a position that many companies cannot afford to have. Rights have always been sold, but in a passive way.”

Stern said there’s much interest on behalf of international publishers for works in Spanish, and the FIL’s decision to make Latin America guest region of honor in 2016 is a reflection of that.

“One of the reasons for the increased interest in Latin America is Spain’s economic crisis,” Stern says, “as publishers struggling to sell rights in Spain turned their attention to the untapped Latin American market.”

In addition, more independents have emerged and the Latin American publishing industry has become more professional, seeking to expand into overseas markets, she says.

Stern cites the case of 20-year-old Mexican author Aura Xilonen, whose novel Campeón Gabacho, a portrait of a Mexican migrant in the US, won the inaugural 2015 Mauricio Achar Literatura Random House Prize.

The rights were swiftly pre-empted at the Frankfurt Book Fair and subsequently sold to publishers in France, the Netherlands, Italy, and the States.

“Publishers in Europe and the US are very interested in the visibility of the writer, in addition to the work itself,” Stern says.

She also points to audiovisual rights as a growth area, citing the Guadalajara Film Festival’s interest in bringing publishers into contact with film producers, given that so many movies are adaptations of novels and that the Mexican film industry has raised its profile in recent years.

‘A Universe in Itself’

And that surge in interest in Latin American authors, and culture in general, is well overdue, according to PRH Editorial Director Ricardo Cayuela.

“Latin American literature has not been able to break the sound barrier and penetrate other markets because the Anglophone book world is so powerful that its autonomous,” Cayuela says.  “English-speaking readers get the impression that English is all you need. “That makes for both a cosmopolitan and isolated culture, a cosmopolitan island,¨ he says, citing an estimate that  works in translation may represent fewer than 2 percent of books read in the US — which contrasts sharply with non-majority-language speakers’ desire to discover the world.

He bemoans Mexico’s lack of tradition of exporting talent: publishers generally don’t have international rights departments and the majority of writers don’t have agents.

“Cinema has helped,” he says, “and it can make you realise that talent is bigger than language.” It’s a matter, he says, of “creating an awareness among the public of other worlds.”

“Young people have the same cultural references. An 18-year-old Indonesian and Guatemalan are on the same wavelength. They are playing the same game. And that creates an attraction for the local, the regional, which is an opportunity to be harnessed.”

He says he’d love to see Anglophones realize that the Spanish-speaking world is “a universe in itself.

“It has its sacred cows, its mainstream authors, its unknown geniuses, its traditions, magazines and supplements, its interwoven stories. It’s not a world where one author of interest appears, but one in which an author represents a very deep universe, and I would like foreign readers to understand that,” he Cayuela says.

“A common reader in Mexico knows who Dr. Johnson or Henry James is. Or they have read Walt Whitman. But does an American reader know who Rubén Darío is?

“That’s what we have got to take advantage of, that ignorance.”

Be sure to see our coverage of AmazonCrossing’s fast expansion in translation, now the leading world publisher in the sector and actively seeking new material under Sarah Jane Gunter’s direction.