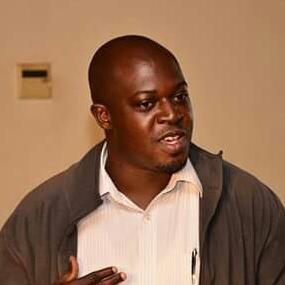 At the Abu Dhabi International Book Fair, Nigerian publisher and writer Richard Ali talks about the multilingual hurdles faced by those working in publishing in Africa. ‘We Have To Te Creative About Distribution’

Building bridges is familiar work for Nigerian publisher and novelist Richard Ali. As part owner of the Lagos-based publishing house Parrésia Publishers, Ali is a specialist in the problems that have long plagued African book publishing.

The African continent has an astonishing range of linguistic diversity: between 1,250 and 2,100 languages are spoken across the continent today (Nigeria alone boasts more than 500 languages). On top of this is the overlay of widely spoken European languages — most significantly English, French, and Portuguese — reflecting the legacy of European colonialism.

But as Ali points out, the Internet has done a lot to break down long-standing barriers, linguistic and geographical, that have kept African literature divided, often within national boundaries.

A few years ago, he published his first novel, City of Memories, which eventually went out of print. Thanks to his involvement with a literary collective, Jalada, his book has found a second life.

The reach of Moses Kilolo’s Jalada collective [see our recent story on Ngugi wa Thiong’o’s “The Upright Revolution”] has boosted his online profile, and as a result, City of Memories has found new readers elsewhere on the continent:

“Suddenly, I am no longer viewed as just a Nigerian writer, but now Kenyans are interested in my writing. The result is that the book will be coming out again, which wouldn’t have happened a few years ago.”

Ali’s inclusive notion of community perhaps draws from his own background. Although born in the northern city of Kano, he was raised in the cosmopolitan city of Jos, located on a plateau in central Nigeria and once well known for its mining and as a tourist center.

In the early 2000s, however, Jos suffered a number of ethnic and religious clashes. That tragic reality is reimagined in City of Memories, which evokes the civil unrest through the love story between a Christian and Muslim.

At the same time, it recasts childhood as a time of happiness and safety, which we eventually lose and can only regain in fiction.

“If you look back far enough,” Ali says, “you’ll find a place where everything was perfect, an Eden before the Fall. It’s the responsibility of thinkers to find those places.”

Rather than simply looking back to the past, however, Parrésia casts itself as a forward-looking pan-African publishing house. The company, founded in late 2012, comprises three imprints.

The house launched a continent-wide contest to find its first book in the Cordite imprint, and will soon be publishing the contest winner, a thriller by a Zimbabwean writer and poet, Blessing Musariri. The novel, The Black Mamba Chronicles, features a female protagonist, and is being edited by Caine Prize-winning novelist and poet Helon Habila, an established Nigerian author who teaches creative writing at George Mason University in Fairfax, Virginia.

Ali’s interest in building bridges between African languages and writers comes across in his work with Parrésia, but is also apparent in his involvement with Moses’ Jalada, which he helped to launch in 2014. Now with 25 authors from across the African continent, Jalada aims to make it “as easy as possible” for African authors to publish their work. The collective publishes themed anthologies, including most recently, an anthology on translation.

But translation, as Ali acknowledges, is expensive. And even if the problem of translation were to be solved, distribution would still present an issue for the majority of African publishers.

“We have to be creative about distribution,” says Ali, who notes that a similar issue plagues Arabic-language publishing as well.

“Increasingly, we are looking for ways to test the markets for our books, and often those ways involve a digital platform.”

The solution, he says, is to ensure that there is a sufficient audience of African readers for African writers. The relative paucity of African readers is also related to the problem of how African societies and characters get portrayed in fiction.

An African writer who explains and exoticizes her culture on the page does so because a large part of her readers are not her fellow Africans, but are Europeans or Americans. But growing the pool of African readers will draw authors toward writing with a more local audience in mind, argues Ali.

“At the end of the day, your primary market of readers should be coming from the same place where you’re from.”