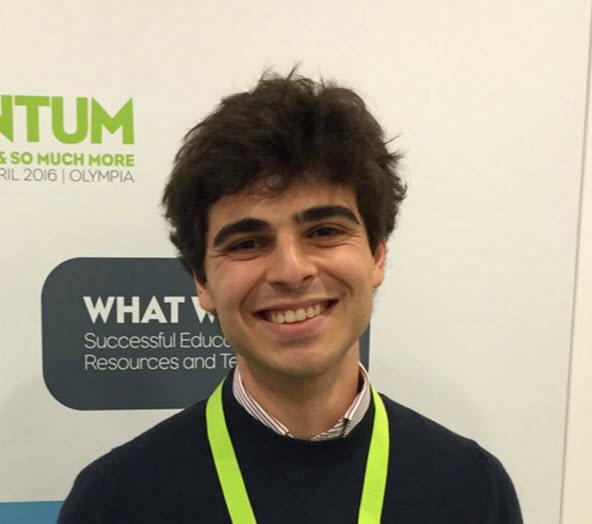 Editing, audio, book recommendation, and metrics in scholarly book downloads — all played a role in the contest for the award. Monday’s Quantum conference on the eve of London Book Fair (April 11) ended with a glimpse of the future in the announcement of the winner of the Quantum Publishing Innovation Award.

The winner of this year’s award is a start-up cleverly targeting two groups whose numbers continue to swell – self-published authors and freelance publishing professionals. Reedsy also took The FutureBook’s new BookTech Gold Award in December at The Bookseller’s The FutureBook Conference.

Reedsy’s curated marketplace gives authors access to the kinds of professional skills increasingly outsourced by publishers – editors, designers, and publicists. Authors can browse examples of these experts’ work, brief the work required, compare rates, and then agree a contract. The two parties can collaborate directly using the Reedsy platform, before exporting the results directly into standard publishing formats.

With more than 10,000 authors signed up already, and 750 books created, Reedsy is now expanding with Reedsy for Publishers, a version of their marketplace that will branch out from their existing offering in line with publishers’ requirements. There’s more in this interview with co-founding CEO of Reedsy, Emannuel Nataf in this feature.

Nataf is to receive the Quantum Publishing Innovation Award on Tuesday (April 12) as part of the book fair’s Excellence Awards competition.

Martijn Roelandse of Springer introduced Bookmetrix, which offers tools for measuring the impact of scholarly books through downloads, citations, reviews, and mentions online on social networks and news sites. Developed by Altmetric – part of Springer Nature’s stable of scholarly start-ups, Digital Science – in partnership with Springer itself, Bookmetrix aims to become a global standard, and is already adding Palgrave Macmillan’s catalog to the list of titles whose impact it’s tracking.

A slightly different kind of impact was considered by Tekstum, whose lead NLP scientist Lauren Romeo explained how the company aims to improve book recommendation by factoring in the actual emotions we experience while reading. The Tekstum platform generates visual data from readers’ opinions on the books they’ve read, using sentiment analysis to better understand the many reviews, comments, ratings, and discussion of books posted online. Such tools also offer publishers the opportunity to anticipate new trends.

Touchpress has been a familiar presence at digital publishing conferences since the launch of its early apps for the iPad, such as The Periodic Table, and The Solar System, and their popular collaborations with Faber on The Waste Land and the Sonnets.

Monday, however, Tom Williams introduced rather a different prospect – Touchpress’ new Soundpools format designed to offer innovative ways for users to discover and engage with sound archives on touchscreen devices. Developed in partnership with the BBC, the project aims to make it easier for users to navigate large sets of audio content – Williams offered the example of commentaries on multiple sporting events, or different stages at a festival. The plan is to make this new mode of audio storytelling more widely available through a self-authoring platform and software developer kit that would enable publishers to embed Soundpools in their apps or websites.

John Pettigrew of Cambridge-based start-up Futureproofs began his presentation with a reminder of the possible consequences of poor quality control in publishing: lost sales, diminished reputation, and even legal action. Futureproofs aims to help publishers ensure that standards don’t slip by enabling them to correct proofs easily online.

Precise, context-sensitive tools track responses and make it easier for teams to work together, allowing project managers to see the progress of their projects in real time and collect all the data required for project reviews. As the editorial process becomes speedier and more efficient, publishers would easily recoup the service costs of £120 per title in savings on freelancer payments.