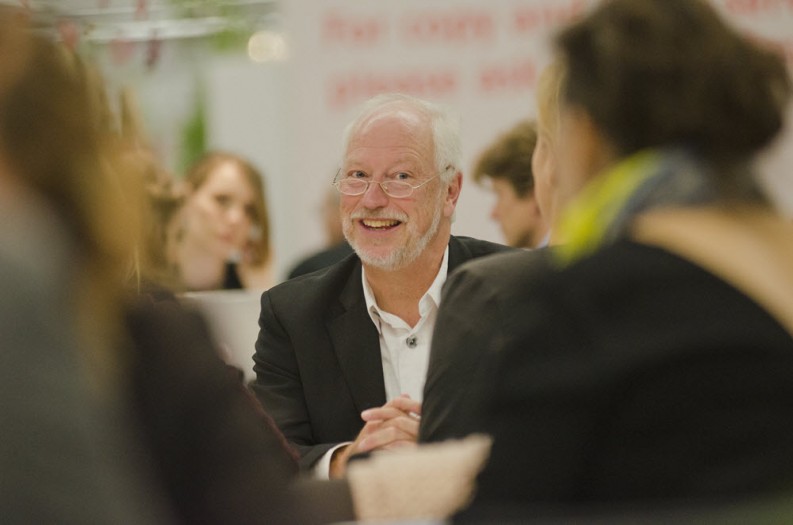 ‘Total Chaos’ No More: Escape From the Hofs

Everybody loves the Frankfurter Hof. What’s not to like? Among Frankfurt Book Fair veterans, the grand hotel is an essential landmark and watering hole. But when it comes to coherent, productive publishing-rights meetings, the Hof not is a great hotel.

As a South American agent puts it, “We hate meetings at the Frankfurter Hof, it’s total chaos. [It’s] way better to meet at the Agents’ Center on Tuesday.” Fun? Sure. Productive? Not so much.

“This last year was impossible at the Hof,” one US agent tells us.

So, while most of us are London-bound at the moment, publishing house rights directors are busy securing their spots in a new arrangement for Frankfurt.

This year, Buchmesse administrators are doing two new things to help facilitate the booming rights action of the Literary Agents and Scouts Center (LitAg) at the Fair, which already has sold out all 460 of its tables, more than six months in advance of the year’s largest trade show.

Our colleague Riky Stock at German Book Office New York tells us that some 60 agencies already have committed to hold their Tuesday meetings at Building 6.3, and that list is growing fast.

Publishers or rights managers who are registered with a stand at Frankfurt can book an additional table with four chairs in the Rights Corner on Tuesday the 18th. They’ll get free wi-fi, coffee, snacks, and an invitation to that evening’s rights drinks reception in the LitAg, as well.

Rights directors interested in a spot in the Publishers’ Rights Corner can use the email address Tuesday@book-fair.com to make inquiries and reserve.

And meanwhile, States-based agent Barbara Zitwer has a keen explanation of why it’s time to haul the meetings out of the Hof(s). Zitwer tells us: “But in reality it’s so jam-packed, noisy and such a small space that many people can’t find people that they’re supposed to meet, you can’t hear anyone talk unless you shout, and it’s like being on the subway at rush hour before New Year’s Eve in New York City.“

Kathy Note at Belgium’s Allied Authors Agency gives us a great look at the problem of Tuesday meetings at “the Hofs.” Note says: “Why then, having many expenses plus paying €1,000 per table in the agent’s centre in order to work there, would you want to have a meeting in either ‘Hof’, where instead of sitting down in a leisurely way and having all your material at hand, you’re forced to ‘meet’ (for want of a better word) while sitting in a lounge chair or standing upright in a hall, having people bump into you, waiters interrupting the conversation, being forced to work without your material at hand, plus having to run like a mad dog from one Hof to the other…It’s simply insane.

“While I full well understand the value of a great reception in one of the hotels as a networking event, I’ve never understood the sense in having ‘regular meetings’ at one of the Hof’s, as ‘regular meetings’ are impossible there! And if one wants to have an informal gathering, there’s plenty of opportunities. There’s the ‘drinks’ thrown at the fair itself at anytime as well as plenty of evening parties at the Hofs or elsewhere in town.”