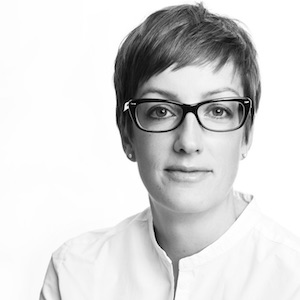 Literary agencies in Scandinavia are seeing a big boost thanks to the popularity of crime novels, which has subsequently sparked international interest in other genres. Kunz adds: “And Germany. Always Germany. This is not some new phenomenon caused by the last years’ Nordic crime successes. German publishers have always bought a lot of Scandinavian literature.”

One cannot discuss the current popularity of Scandinavian literature, without taking the success of Nordic crime fiction into account.

Kunz says she’s also surprised how much easier it has become to sell more Scandinavian literature for translation into English. As an example, she mentions that Copenhagen Literary Agency has newly sold the rights to translate Norwegian author Ole Thorstensen’s narrative non-fiction book Diary of a Carpenter to a well-established English publisher.

Rather than overshadowing other genres, Kunz says, Nordic noir has opened doors for a wider interest in Scandinavian work across the board. Today it’s possible to meet somebody way out in the countryside in New Zealand, she says, asking about the Danish day-care system or their cyclist culture. “Historically our two main markets are Norway and Germany, and they still are. However, we also sell a lot to the rest of Europe (Spain and France for example), and to the UK and US.”

When Publishing Perspectives asked her about the biggest surprise in 2015, she singled out one book: “Svend Brinkmann’s Stand Firm, now sold to seven countries — a bit of a dark horse!” In the book, Brinkmann, a Danish professor of psychology confronts the self-help industry and its constant focus on so-called positive thinking.

Thor’s estimate is that her agency sells 10–15 Danish titles per year for translation into English, higher than a decade ago, she says.

She’s pleased, she tells us, crime fiction has put Scandinavia on the map. The rising volume of crime literature in translation allows more translators to establish themselves and make a living translating Scandinavian languages.

Thor’s advice to editors looking for interesting Danish literature beyond crime is to look for general fiction and great stories, both traditionally strong genres in Denmark:

“Denmark has a tradition of wonderful storytellers and we are now seeing a new generation that I believe will make it big internationally.” Norwegian literature is selling well to countries like Denmark and Germany as well as to East European countries, in particular Poland, Hungary and the Czech Republic, according to Cappelen Damm Agency Foreign Rights Director Åsfrid Hegdal.

The past year has also seen significant success in selling Norwegian children’s books to Asian markets, which are huge and have a very high level of activity.

During the last year, Morten Strøksnes’ Havboka (Drunk Shark), published by Oktober Forlag, and Maja Lundes Bienes’ The History of Bees, published by Aschehoug, were two top Norwegian titles in terms of international territory sales in 2015.

While selling rights to crime fiction, Hegdal believes that Norwegian agents have a golden opportunity to grow their networks.

She sees the crime trend and traditional literature converging today in several authors’ work. For example, she cites Cappelen Damm author Tor Even Svanes, who is having success with a combination of short-form fiction and thrillers.

Hegdal also recommends looking at a Norway’s high-quality narrative non-fiction, which Hegdal says is partly because of the country’s well-established subsidies for non-fiction work. Magdalena Hedlund, a literary agent and founder of Hedlund Literary Agency in Stockholm, says that for a very long time, Germans have been interested in Nordic literature and culture. This has formed the basis for a now well-established network between German publishers and Swedish-language consultants and translators.

Hedlund says she finds it to be much more of a challenge to sell books to British or US publishers. But she also sees that the boom in Nordic crime fiction has opened doors for general fiction in the English markets.

“We have wonderful Swedish authors,” Hedlund says, “writing wonderful stories set in the Nordic countries. In my view, this actually covers all genres. In recent years, a Swedish commercial feel-good trend has been of considerable importance, but many literary authors’ works are also translated.”

Another big surprise to her, she says, has been that publishers from a lot of countries acquired Beckomberga, a poetic literary novel by Sara Stridsberg.

“It really makes an agent very happy when a literary work, presumed to have a narrower audience, ends up in many far-flung homes where it can be found by international readers.”