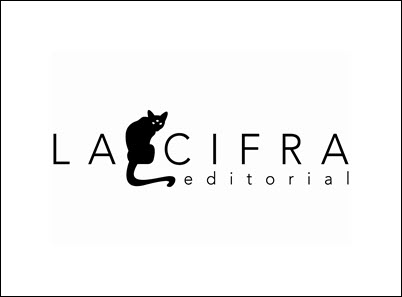 La Cifra’s independence as a publisher is both fierce and ‘generous.’ And, like other small Mexican presses, it fights for shelf space. Independent players in publishing are generally thought of as creatures of community. Known for cooperation with their entrepreneurial cousins, they’re admired by many in the trade for their mutual support. La Cifra Editorial in Mexico City is an indie press that works hard to return the favors of ‘generosity’ offered to it, but determinedly maintains a little distance from its fellows. — Porter Anderson “We’ve received grants from Conaculta for publishing and translation, stipends that let Mexican publishers purchase foreign rights, translate and publish here — and for foreign publishers to translate works by Mexican writers into their native tongues.”

Such reliance on stipends means that La Cifra is not strictly independent, the publisher is quick to point out. But neither does it belong to the country’s independent publishers’ association, AEMI, or the national publishing industry association, Caniem.

Non-membership in either does not wholly exclude them, however.

By contrast, Caniem “symbolically represents a kind of publishing house that we’re not,” González Muñiz says. La Cifra — its name reflects a phrase of Jorge Luis Borges that stresses the importance of small things — prefers to remain apart in order to stand out.

Both associations’ “affiliated publishers travel to book fairs together, and are grouped together in one stand, whereas La Cifra is interested in projecting its own identity, both visually and for our content,” he says.

“Otherwise, even if we have outstanding covers, our books will get lost among the masses.”

“One of our aims is to achieve more independence, particularly financial,” González Muñiz says. “In Mexico, there’s a bad habit of depending on support, believing that without the support of institutions or the government, nothing can be produced.”

He cites Germany’s Goethe-Institut — which supports the translation and publication of German authors in other languages — and Mexican embassies abroad. Both, he sees creating links between publishers and writers across continents.

La Cifra has so far bought publishing rights in France, Germany, Japan and Taiwan, and González Muñiz highlights the crucial role played by translation grants: in addition to ensuring a better quality text, these grants also make books more accessible to the public, without the publisher having to foot the bill.

“The key is to forge alliances with other publishers, but maintain our individuality,” Muñoz Castillo says.

Such strategic alliances are another way La Cifra has broadened its catalog, facilitating its foray into the graphic novel genre (currently enjoying a boom in Mexico), fed by publishers such as Sexto Piso and Editorial Resistencia.

“Bookstores previously didn’t know how to handle the graphic novel and there was no space for it,” Muñoz Castillo says. “But now the genre has gained shelf space, and we discovered that there’s a whole underground comic book culture that’s very prolific, and with plenty of talent. Many of these writers and artists started out by self-publishing, or as bloggers.”

She cites Bernardo Fernández, ‘Bef,’ who began self-publishing before working with Resistencia and Sexto Piso.

The genre has lacked a high-visibility editor, however, González Muñiz points out. “There’s a lot of talent in technique and illustration, but the texts can let them down. The role of an editor has been a key to giving the genre more weight.”

The graphic novel also lends itself to translation and dissemination in other countries, crossing linguistic borders comparatively seamlessly as a primarily visual media.

“We’ve observed a lot of interest in the graphic novel in Germany, for example, at the Guadalajara International Book Fair (FIL) last year, which surprised us,” he says, “because one usually associates Germany with more serious literature.”

La Cifra has also set itself apart by entering the academic market.

“University publishers in Mexico produce a huge numbers of books annually across many subjects, but they don’t operate as publishers. Instead, they work like institutional departments,” he says. “The books aren’t distributed, despite there being a great deal of interest among university publishers to disseminate their works more widely.”

“We’re one of the few independent presses publishing academic books, an important role given that such books should be made more accessible to a wider audience.”

Such labor also opens the door for La Cifra at university book fairs and academic congresses, too, where their books are well received, he says, helping to demonstrate the vitality of various lines of research for their authors.

Not Yet a Common Market

Despite the common language, publishers in Latin American countries still face difficulties in getting their books distributed across markets.

“Spanish-language rights could be better taken advantage of, allowing for a book to be distributed across the region, and buying the regional rights — which allows a small publishing company like ours to compete beyond our our own territory,” says Muñoz Castillo.

La Cifra publishes its catalog as ebooks as well as in print, and has forged an alliance with Chile-based Ebooks Patagonia, which distributes its titles worldwide at one price to consumers.

This embrace of the ebook is unusual among publishers in Mexico, Muñoz Castillo says.

“Not all publishers in Mexico think like we do, and the adoption of the ebook has been very slow. Growth here won’t be exponential as it has been in the US. There are continental possibilities, and it’s necessary to look at alliances, given that the proliferation of independent publishers in Mexico supports their emergence in other Latin American countries,” she says.

González Muñiz cites Sexto Piso as a good example of how an independent press opened a space for itself by publishing texts in Spanish for the first time, searching for cult writers from various countries, and competing with larger publishing houses at a global level.

“They have spent a lot of money on rights, a sign that the large amount of capital behind them has been well used. They also realized that they had to take care of distribution themselves, while also producing books in conjunction with embassies and national institutions.

“A publishing house can also function as a studio in which we generate content, bringing together writers and illustrators,” González Muñiz says.

He cites a lack of business-management training as a regional obstacle, most editors studying literature or design. When it comes to running a publishing house, entrepreneurs learn on the go. “There needs to be professionalization,” he says, and that’s something many publishers don’t have, unless they have worked in the larger houses,” he said.

“We’ve become a publishing house showcasing the work of Mexican writers and illustrators who didn’t have a place to publish their work. It has been a huge challenge.”

La Cifra now launches between 10 and 12 titles a year, with five full-time staffers and a network of freelancers. The house also runs its own sales platform, which it makes available to other publishers, writers and artists — another example of how the generosity that has benefited them and other Mexican publishers is now an attribute they are proud to offer others.

There’s more on Spanish-language publishing and translation from Adam Critchley in Rights Rising in the Spanish Language: ‘A Universe in Itself’ at London Book Fair. That story and more articles are featured in our Spring 2016 magazine.