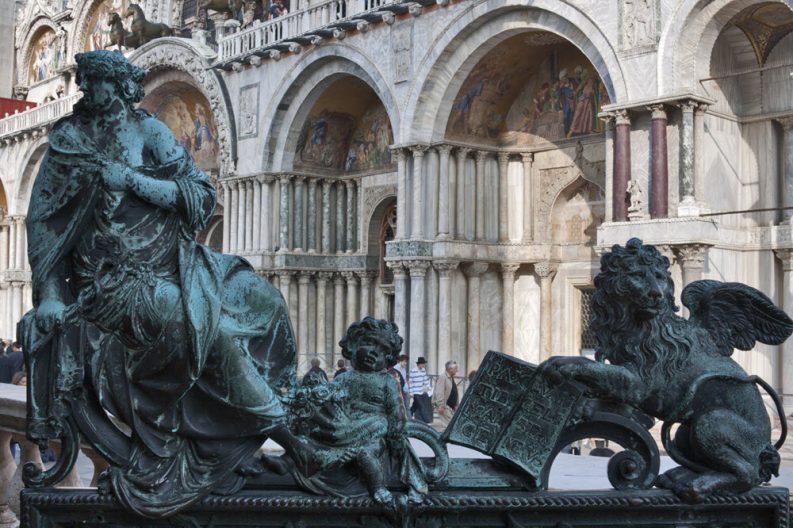 Familiar centers for one literary language or another, writes English PEN’s Erica Jarnes, various capitals become de facto hubs for ‘world literatures.’ How appropriate is that? ‘About 1% of literature published in the UK’ Began in French

At English PEN — which had a major presence again this year at London Book Fair — Erica Jarnes produced a column on the final day of the trade show, April 14, as manager of the organization’s Writers in Translation program. In her piece, World Literatures and Literary Worlds, Jarnes examined the question of how a literary reputation is made.

Who confers literary reputation? she asks in her essay. “Another way to frame this might be to ask: where is the center of the literary world?”

“Feeding into a writer’s reputation in the UK seem to be the opinions (roughly in order of importance) of: literary editors and reviewers at newspapers and literary magazines (in London and New York), other writers of reputation, famous people in the arts, certain high-profile BBC producers, other book editors, and agents.

“In addition to these, judges of literary prizes can contribute considerably to a writer’s reputation – but these are often drawn from the above groups of people.

“Being from a well-known family can also contribute indirectly.”

“The reputation machine in Paris is equivalent to that in London, except that its reputation-conferrers also include literary editors and reviewers in London and New York and famous people in Los Angeles, because 15.9 percent of France’s published output is in translation, of which 61.8 percent is from English. That is to say, nearly 10 percent of literature published in France was originally written in English. Meanwhile, French, being the most translated language in the UK, contributed 28.9 percent of our literary translations in 2000–2012, i.e. 28.9 percent of 4 percent of our literary output. That is to say, about 1 percent of literature published in the UK in this period was originally written in French.

“This lopsided relationship is replicated in every literary capital in the world, with influence and actual words flowing more in one direction than in the other. We are starting to get a picture of a literary world with an epicenter of London/New York, with tremors rippling out to the other major cities of the globe.”

English PEN research looked at titles written in French and Spanish, titles submitted for a PEN Translates grant between 2012 and 2015. Of 34 of those titles which were submitted in French, Jarnes writes:

“Twenty-five were by French writers and the remaining nine were by writers from Morocco, Algeria, Iran, Afghanistan, Canada and the Republic of Congo. But all 34 were acquired by UK publishers from publishing houses in Paris, which had acquired them from local publishers in the source countries where relevant; in other words, for the UK publishers in our sample, Paris seems to have been the gate-keeper of literature written in French, no matter where the writers themselves were from or based.”

The same picture emerged with those writing in Spanish: of 23 submissions, eight were by writers from Spain, while 15 were by authors from Mexico, Columbia, Argentina, Uruguay, and Equatorial Guinea (along with one Cuban author living in London). Of those, 11 of 15 “were acquired by UK editors from their opposite numbers in Madrid,” Jarnes tells us, “while only four were acquired from their source countries (which in the case of the Cuban writer was the UK, as he was approached directly by the UK publisher rather than being published somewhere else in Spanish first).”

So what does all this mean?

“The PEN Translates submission rounds don’t form a very large sample size, but these figures support anecdotal evidence that publishers in London primarily have relationships with publishers and agencies from nearby European capitals, and those capitals are perceived to already be selecting the best literature from their linguistic worlds, of which they are the cultural centers.”

To read more, including Jarnes’ research on writers from countries without a “colonial history and resultant channels to a literary center,” click here.