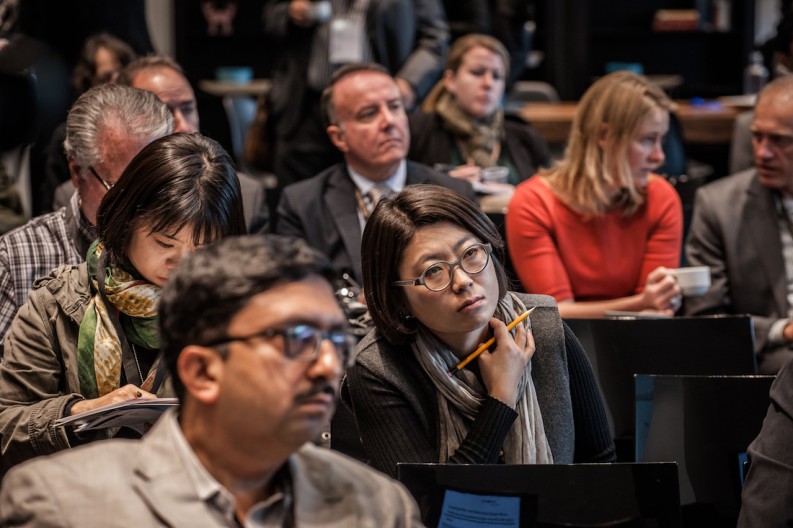 On October 18, The Markets: Global Publishing Summit will showcase seven publishing regions you can’t afford to ignore. Here we offer brief glimpses into each of these markets. For the last 10 years, Brazil has been valued as a potential growth market. Brazilian publishers have recently acquired more translation rights from abroad and exported more Brazilian content worldwide. Government programs have enabled the import of textbooks and educational materials.

Digital publishing in Brazil hit full speed in 2012 when Amazon, Google, and Kobo launched ebookstores on the same day (Apple launched theirs earlier that year). Though Brazil has seen some recent challenges — the government reducing the number of books purchased for schools and problems with exchange rates and distribution — the market continues to be vital.

Flanders and The Netherlands are the Guest of Honor countries at the Frankfurt Book Fair this fall. With a 99-percent literacy rate, reading is a vital part of Dutch society and the CNPB (Collectieve Propaganda van het Nederlandse Boek) hosts a number of programs throughout the year, funded by publishers, booksellers, federal grants, and private sponsors.

Prior to 2010, digital publishing was slow to develop but now represents 4.7 percent of the market. That percentage is expected to grow due to last fall’s launch of a collaboration between Kobo and Dutch online shop bol.com, as well as Amazon’s online shop. Books in translation represent an estimated 75 percent of the books published in The Netherlands. The Philippines was the only country in the ASEAN (Association of Southeast Asian Nations) to be colonized by the United States, not the British. As a result, the Philippines is a significant export market for US editions. Unfortunately, with a small number of bookstores and libraries to support local book sales, there are challenges for publishers selling within the country. Because the textbook market has been somewhat insular, there is potential for foreign partners looking to export titles.

From 1989–90, Poland transitioned from a Soviet state to a democratic one and entered the open market. Since then, Poland has become something of a gateway to Eastern Europe and enjoyed foreign capital investments for publishers from international companies like Sanoma, Wolters Kluwer and Pearson, and, in the distribution sector, by the investment fund Penta from the Czech Republic.

Poland is a significant market for foreign publishers with translated titles making up almost 30 percent of books published in Poland.

With the introduction of free textbooks, overall book sales have declined 7.6 percent in 2014 and 6.5 percent in 2015. And yet, Polish printers are seeing an increase in export of services to other EU countries, mainly to Germany and Scandinavia — the result of investments in modern technology that almost all Polish printers have made. With 500 million Spanish-speakers worldwide and a long-established publishing industry in Spain, the country offers global opportunities. Spanish is one of the top most-translated languages, with most of those books coming from Spain and Argentina.

Spain has suffered a severe economic recession for the last several years, which has led to a dramatic decline in print sales, approximately 30-40 percent.

Though many companies have invested in digital publishing, ebook sales have not been able to make up for the print losses. However, Spain’s economy and its publishing sector are expected to rebound. Arabic books are still among the least translated, but the Emirates Publishers Association hopes to change that using translation grants coupled with cultural and educational programs.
Though the UAE is a relatively young international publishing market, it is also one of the fastest growing, particularly in the education sector. Recent statistics noted that there are close to 500 English-language private schools in the UAE, allowing for a number of possibilities for educational publishers in this growing market. In 2014, the United Kingdom sold £4.3 billion worth of books, with ebooks making up 11 percent of that total. As a global leader, the UK made 44 percent of its total sales to the international market. With digital publishing being a significant and steady part of the market, chain and independent bookstores have seen some challenges in how to reach these readers, with many shuttering their doors.

Publishers have been looking to new models of curation, discovery, and outreach that have begun to thrive in the marketplace, including online communities, subscription services, and new publishing formats to take advantage of the digital natives and future readers.