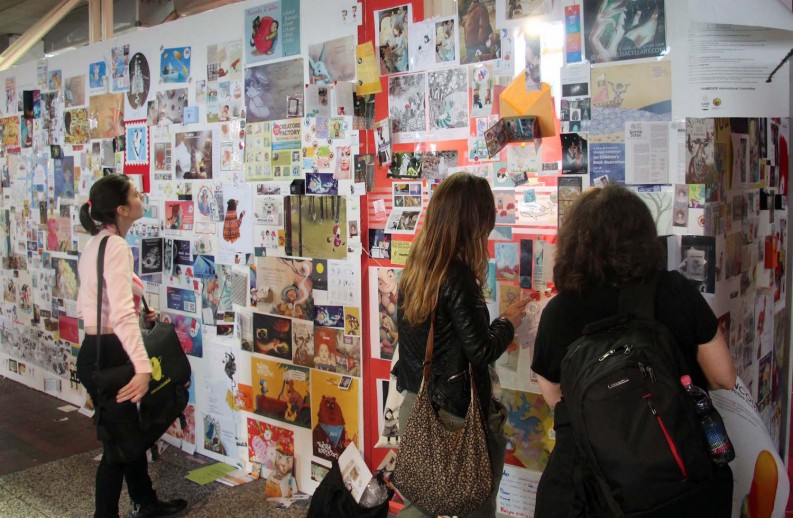 Can a country have a particular illustration style or aesthetic? Four German publishers tackle this question as the Bologna Book Fair takes place. With such a huge international variety of books and illustrators on display in Bologna, are there differences in illustration styles among individual countries?

As Germany is this year’s Guest of Honor at the 2016 Bologna Book Fair, we asked four German publishers how they would describe children’s book illustration styles at home and abroad. Looking at the picture book illustrations from France, UK or Russia, there are several characteristics that come to my mind: sloping, particularly adventurous and technically daring (France), rather sweet and vintage (UK), technically advanced, detail-oriented and classic (Russia).

Ten to twenty years ago, I might have said that German illustrators were making picture books more for adults than children. German picture books were very artificial, and sometimes not very suitable for children.
Looking at German picture books today, I see diversity and innovation. German illustrators are highly trained and have mastered the technical aspects. You can find the right illustrator for any style … Today’s German children’s book illustration is distinguished by its artistic fantasy, distinct individuality, a focus on detail as well as for the big picture, precision and humor. “From an international licensing perspective, German illustrations are still rather conservative. We expect too little of our children, and believe that parents and grandparents would rather buy traditional, familiar illustration styles. Publishing houses in other countries, in France or in the UK for example, are much more daring.” “Among illustrators from the [German] culture and language, we have a huge range, not one homogeneous style, but of course there are certain schools and directions. Some colleges have their own distinct signature or style. If I try to look at German illustration from a foreign perspective, I might say there is less abstraction and artistic conceptualization. “The German market has an affinity for realistic representations as well as a “romantic streak.” I see Germany as a very conservative country in terms of values, so the pictorial language in Germany is more conventional than in our neighboring countries who sometimes have more courage to be abstract. A bit more “twinkle in the eyes” would be good for Germany.”

Visit the German collective stand, Pavilion 30 B34, to see illustrators and children’s books from Germany, the 2016 Guest of Honor country at the Bologna Book Fair.

You can also download Publishing Perspectives’ Bologna Book Fair Special Issue to find out more about German children’s books and this year’s Guest of Honor program.