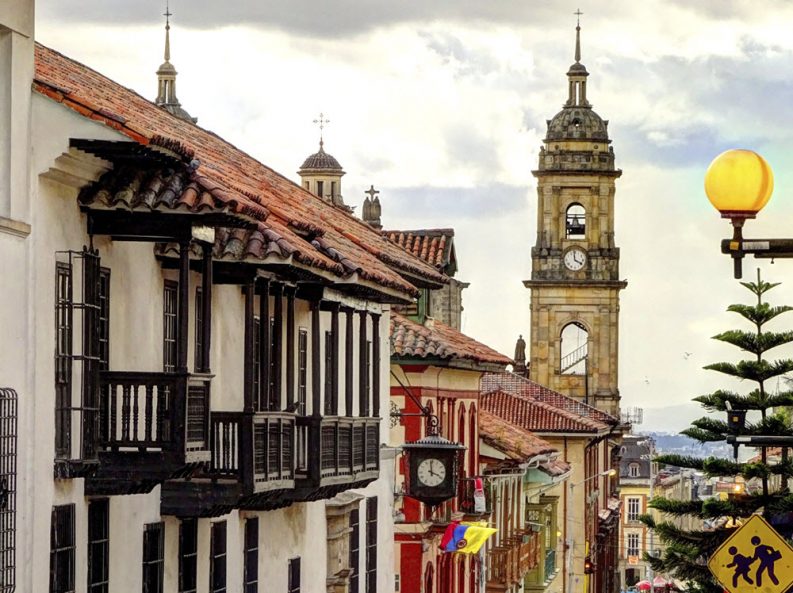 Colombia is still “a young country” in literacy. But the Bogotá Book Fair is helping to change that, says the president of the country’s publishing industry association. Publishing 94,000 Books in the Past Two Years

“People read very little in Latin America, except in Argentina,” says Enrique González Villa is President of the Colombian publishing industry association (Camlibro). “Colombia is a very young country in reading and writing,” he tells Publishing Perspectives at the Bogotá Book Fair (FILBo).

Colombia is the fourth-largest Spanish-language publishing market, after Spain, Argentina and Mexico. But the country only achieved 90-percent literacy at the end of the 20th century, González Villa says.

“The challenge is how to make those people who have now learned to read, read,” he says.

“It’s a question of habit, and the majority of adults who have learned to read recently have never developed the habit of reading for pleasure. We have had great difficulty incentivizing reading.

“At Camlibro, since the year 2000, we’ve had a goal in place of making Colombia a country of reading.

“We told the government: ‘We don’t want campaigns to promote reading, we want books in the hands of readers.’ We want [the government] to buy books and place them in libraries. That has been the fundamental task, and now we’re seeing results.

“It all began with Harry Potter. There’s been no better incentive for reading among our young people than that series of books. We’ve taken advantage of that, and we’ve run with it.”

González Villa says the most fervent attendees of FILBo are children and young people, who are there to participate in activities designed to promote reading.

“Amazon violates our borders, by not paying taxes here. In Latin America we have to be conscious of that.”Enrique González Villa

“The fact that the fair has doubled its attendee numbers over the past five years is proof that the strategy is working,” he says.

And the key to satisfying attendees is bringing writers who cater to all tastes.

“Bringing writers to the fair allows children and young people to see that writers are made of flesh and bone, and that attracts them more to reading. We bring writers from Colombia and abroad for all the different types of reader, from bestseller authors to philosophers, and we hope to invite a Nobel Prize winner every year.”

In addition to bringing renowned authors, FILBo also serves as a platform for lesser-known writers, González Villa says, and the fair is serving not only as a showcase of the country’s literary talent, but of the city itself.

“The government is seeking to improve Bogotá’s image and attract more tourists, and it has discovered that FILBo is the event that most promotes the city’s standing abroad. It’s become Colombia’s most important cultural event.”

The book fair is also the only event of 60 held at the Corferias convention center each year that fills the venue to capacity.

Now in its 29th year, the fair spans 23 pavilions and features 500 stands, with the presence of 260 local and international publishers and more than 20 countries represented. There are 300 guest writers, and launches of some 900 books.

Thirty-six of those books are Dutch translations of Colombian works, presented at the Netherlands’ pavilion, this year’s guest nation of honor.

Also contributing to the sale of books in Colombia is the fact that they have been VAT-free since 1963. This is the case in many countries in Latin America, except Chile, while Colombian publishers and authors are also exempt from paying income tax.

And while a tax reform is imminent for year’s end, which may result in changes, González Villa is optimistic that the tax break for publishers will remain in place.

“I don’t think they will take it away, because a country that wants to develop needs to have a population that reads.”

González Villa highlights the importance of ebooks to disseminate the written word and, in particular, works by Colombian writers in other markets. Ebooks currently account for 5 percent of total book sales in the country.

“The library is the center of cultural activity of a town, and every town in Colombia now has one, as a result of a decade-long initiative.”Enrique González Villa

“It’s a transformation for the industry in Colombia,” he says. “The fact that we don’t export paper doesn’t mean we stop selling content, and we are still doing business by crossing borders, but without passing through customs.”

Still, fear still exists among some publishers that ebooks without sufficient DRM (digital rights management) will be pirated, he says.

“We are seeking a local format that will guarantee DRM, as we have to be able to guarantee a writer’s rights, otherwise the’ll stop writing and publishing.”

He also bemoans the presence in the Colombian market of digital booksellers that don’t pay taxes in the country.

“Amazon violates our borders, by not paying taxes here,” González Villa says. “In Latin America we have to be conscious of that. It bothers us that they come here because, while publishers are exempt from income tax, there are municipal taxes to be paid, and if digital booksellers want to sell in Colombia, they must pay taxes, they must incorporate a company here.”

He says the country has also made moves to fight piracy of printed books, a chronic problem in Latin America. Print remains an attractive alternative to low-income readers. Take a stroll through any Latin American city and you’ll likely stumble on pirated editions on sale.

“We have achieved a stiffening of punishments against book pirates,” González Villa says, “because previously those apprehended were not incarcerated, and continued production. We are also seeking to target producers, rather than vendors, and it’s therefore a question of intelligence, and the police are constantly working to shut them down.”

But as a poor country, the need for income is paramount, and the publishing industry is just one more example of how contraband represents a business opportunity, he adds.

Colombia reported revenues of $38 million from book sales worldwide in 2015, with Ecuador, Mexico, Peru and the United States being the top four foreign markets, according to ProColombia, the country’s export promotion agency. A panel discussion at FILBo

The country has published a more than 94,000 books over the past two years, which represents a 14-percent increase over the previous period.

Religious texts continue to be the country’s biggest publishing export.

“Colombia’s biggest literary export is the large-format, hardback Bible, into an enormous but silent market, principally to the United States,” González Villa said.

Those include illustrated editions, something that would appear to be a product in decline, but that is not the case, he says.

The most recent government survey revealed that Colombians read an average of 1.9 books per year, but the measurement is not accurate, as it takes into account the entire population, he says.

Camlibro, which groups together 120 publishers, is seeking to measure so-called fractional reading, to include newspapers, magazines, and even blogs.

And González Villa highlights the importance of libraries in fomenting reading.

“The library is the center of cultural activity of a town, and every town in Colombia now has one, as a result of a decade-long initiative,” he says.

But with a population of 40 million, Colombia only has 250 bookstores, with two major bookstore chains, Sudamericana and Librería Nacional, accounting for 65 percent of book sales.

“Making people read is a long-term task, and it will take generations,” González Villa says.

This year’s fair includes a “Book Forum” series of events that take up such issues in publishing as digital marketing and translation.