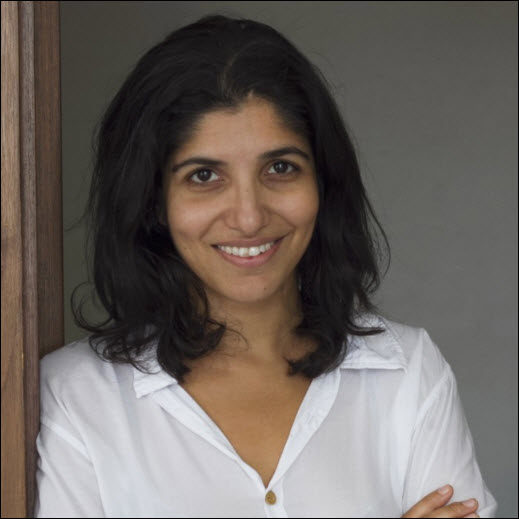 Books priced at 15 cents, daily membership at 22 cents: India’s mobile Juggernaut platform has arrived to low-ball the competition. A publisher to watch on the new horizon of the international stage. One of the most talked-about speakers in the International Publishers Association’s 31st Congress in London on April 10 was New Delhi’s Chiki Sarkar. “My job is not to think about what works internationally,” she told congress delegates, “but to be the top of the world in India.” Now there’s word of her Juggernaut platform’s mobile-disruptive service opening with 15-cents books on offer.  Anyone who heard her speak knows that Sarkar is determined to make her mark: “We have more people under 30 than any other country in the world,” she told us. “I’m young, I’m impatient, I’m hungry.” And she’s launching. — Porter Anderson

‘To Get More Indians To Read and Write’

Behal writes that while the word is defined as a “large, powerful force,” it actually derives from Jaganath, the Hindu god Vishnu, the powerful “Lord of the Universe.”

“And with that alone,” Behal writes, “you understand how this mobile-based publishing platform aims to overwhelm the denizens of India with books so low [in price] they’ll be unable to resist.”

The company has been launched by Chiki Sarkar, former publisher and editor-in-chief of Penguin Random House in India, and Durga Raguath, “who has worked across a span of digital media offerings in the country,” Behal writes, with one simple goal: “To get more Indians to read, and write.

Among the first books being offered are titles by William Dalrymple and Sunny Leone. In addition, Rajat Gupta, the former McKinsey chief who was charged in one of the largest insider trading cases in US history, will have his memoirs published on the platform.

Some titles will also be printed in physical print copies.

Initial offerings will be in English, with books in Hindu to be added in June.

Behal speaks with Sarkar, Juggernaut’s publisher, about the thinking that went into creating the platform, as well as for her plans for the future.

What is the concept behind Juggernaut? Sarkar: “To be the smartest most effective publishing platform in the country.

“We will do a 30-50 physical book list and have our own app-based platform, which looks at getting the new mobile user into more reading and writing.

“Durga, my brilliant co-founder, and I want to look at ways in which the digital world can help us market, connect readers to writers, and overcome the infrastructure hurdles of physical retail.”

Do you feel India’s mobile networks are ready to handle this new era of publishing?

Sarkar: “Yes – and we have been very vigilant about this. The app is very, very light. We wanted the experience to be so easy and so effortless that it would keep pulling you back in. The books are delivered in fast feeds rather than heavy e-publishing files.”

When do you expect to go live – and how?

Sarkar: “We aim to be live on Android on April 22, iOS within a week thereafter. We launch with a number of blockbuster titles – Sunny Leone, Rujuta Diwekar, the hit TV writer Umera Ahmed and Pakistani commentator Husain Haqqani. So the first few weeks will be very noisy – with press on the books, social media and with our payment partner Paytm also promoting us.”

Sarkar: “The app goes international in the next two months and we are hoping for a diaspora audience.”

And we have coverage of the #LBF16 Quantum Conference here, as well as of the International Publishers Association’s 31st Congress here.

If you can be in New York City on June 13, join us for a special Publishing Perspectives conference, Rights and Content in the Digital Age.