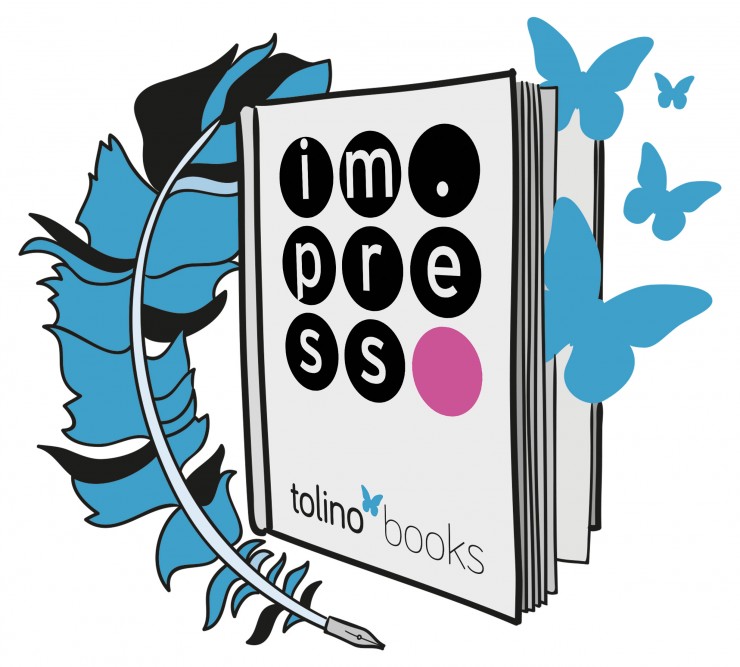 Self-publishing is increasingly shedding its former image as an outsider in the publishing industry, as a space only for those who can’t get a “real book deal.” Traditional German publishers are starting to recognize the potential that self-publishing platforms like Tolino Media, Neobooks, Bookrix and others offer them in finding new authors. Many publishers are beginning to use such platforms to scout for young and promising talent.

Now Impress, the digital-first, YA romance imprint of Carlsen Verlag — one of the largest German children’s book publishers — has teamed up with the Munich-based self-publishing platform Tolino Media to host a writing contest. The winner will not only find fame and glory, but also win a print publishing contract with Carlsen for its Spring 2017 program. The ebook will be sold exclusively Tolino and will get a guaranteed presentation in all brick-and-mortar bookstores in to the German Tolino Alliance — Thalia, Weltbild, Hugendubel, Club Bertelsmann, Libri, Deutsche Telekom, Mayersche and Osiander.

A jury, consisting of book bloggers, Impress editors, Tolino Media publishing managers and booksellers will decide the winner in September 2016. A public announcement and award ceremony will take place at the Frankfurt Book Fair in October 2016.

Pia Cailleau, Editor-in-Chief of Impress, says: “Since our launch in 2013, Impress has quickly become one of the most successful young adult ebook labels in the German-speaking market. We have already built up a number of bestselling authors. Now we’re looking forward to our close collaboration with Tolino Media and the promising submissions that come along with it.”