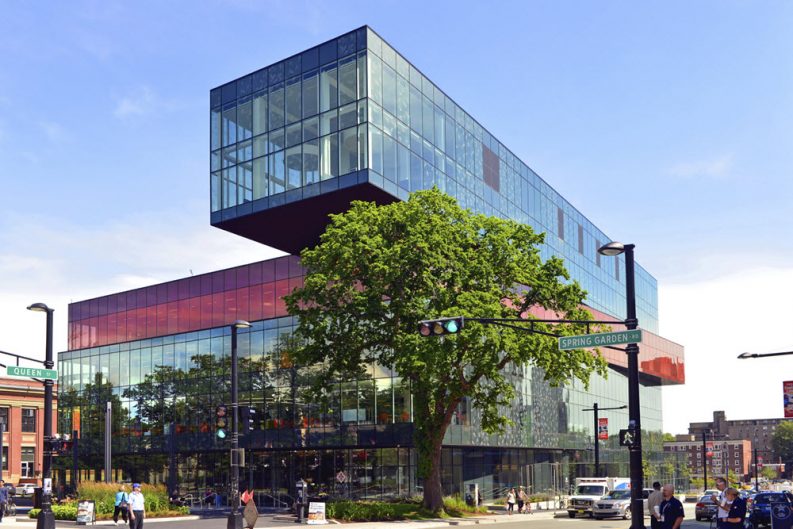 ‘We are advocating for a hybrid of existing pricing models that introduces fairness and flexibility’ into what Canada’s libraries pay for ebooks. And a consortium of some 30 library systems is making headway. National Library Week has just concluded in the States with a major “Transform Libraries” drive led by the American Library Association. In the UK, the story is very different: there, libraries are fighting to survive. Now, in Canada, we see progress in the national public library systems’ coordinated efforts to get better pricing on ebooks from major publishers: a call heard first by Penguin Random House. Libraries, as Toronto’s Ana-Maria Critchley tells Carla Douglas, are “key players in the publishing industry.” — Porter Anderson

Public libraries in Canada pay premium prices for ebooks — sometimes as much as five times more than consumers would for the same title. One of a series of price comparisons from Canadian Public Libraries for Fair Ebook Pricing, showing what a private consumer might pay for a popular title and how much the same title costs a library.

Not surprisingly, word is spreading that Canadian libraries cannot afford to stock all the ebooks their patrons are requesting under such conditions. What’s more, the high cost of digital content affects other services covered in a library’s collections budget — including print books.

The Canadian Public Libraries for Fair Ebook Pricing campaign was launched in June 2015, seeking to encourage major multinational publishers, the Big Five, to move to a more affordable pricing structure for ebook licenses.

The initiative began with three libraries joining forces: the Toronto, Ottawa, and Edmonton public libraries have played a central role, and since its launch the group has grown to 29 members.

Late last year, it received a huge boost when Penguin Random House announced, as reported by Matt Enis at Library Journal, that it would reduce ebook prices for public libraries in both the US and Canada — setting a maximum of $65 (US and CAD) per title — effective January 1, 2016. That was a serious reduction in cost, from US$85 and CAD$95.

The group has also been buoyed by support and engagement on Facebook  and under the hashtag #FairEbookPrices on Twitter.

Behind the Pricing Discrepancy

Ana-Maria Critchley of the Toronto Public Library points to the rigidity of blanket licenses that don’t take into account the needs of individual libraries. Ebook licensing is complex and, as Dosdoce’s Javier Celaya noted here at Publishing Perspectives last fall in announcing an ebook licensing guide for global public libraries and publishers, these business models are still evolving. Concurrent, licenses, non-concurrent licenses, limited terms, limited loans, perpetual licenses — these are some of the options in use.

In a briefing published by Library Jounal from PRH on its new digital book terms, we get a closer look at the reasoning behind higher prices:

“As with our e-book pricing for consumers, Penguin Random House’s suggested pricing of e-books for libraries will be variable and flexible. With the former, the guiding principle in setting the title’s proposed price is one purchase one user; that is, if a consumer downloads an e-book to a laptop, e-reader/tablet, or cell phone, this content cannot be forwarded as a “lend” to someone to read on their own digital hardware.

“By comparison, the key determinant with Penguin Random House library e-pricing is the opportunity for the full and permanent ownership of our titles purchased for their collections, which can evolve into a potentially unlimited number of library patrons borrowing that e-book in perpetuity. Print books, which suffer wear and tear from repeated lending, need to be replaced through repurchase. E-books do not.”

It’s the potentially infinite number of “lends,” it seems, that has steered publishers toward a one-size-fits-all licensing model. It also reveals their efforts to apply principles of print to digital content, when, say critics, more creative solutions are needed.

Toronto’s Critchley argues for flexibility in licensing models across many disparate library operations. She says: “Public libraries want the option to pay according to their size and needs.

“We are advocating for a hybrid of existing pricing models that introduces fairness and flexibility.

“This model would offer libraries of all sizes the ability to choose the number of copies and also the type of copies (perpetual or limited access) that meet their needs.

“We’d also like to reiterate that our issues are with multinational publishers, and not Canadian independent publishers. Many independent and Canadian publishers make their ebooks available at reasonable prices and with reasonable terms of use.”

The move by PRH to change their licensing terms with libraries is positive and timely.

Critchley says, “We’re really pleased by the leadership that PRH has shown in this area and hope that other multinational publishers follow suit,” noting that they have a meeting later this month with Simon & Schuster to discuss pricing.

In focusing on ebook pricing we may miss some of the broader issues. Libraries are at the front line, responding to the reading public. That readers are requesting more ebooks than libraries can provide signals that they would consume more digital content if it were available.

“Public libraries are key players in the publishing industry, both as major purchasers of books and ebooks and promoters of reading and literacy. Our goal is to give readers access to the content they desire, whether it’s in print or digital format. We very much wish to work with multinational publishers to arrive at a reasonable solution that works for all parties involved.”

Much more coverage of international and rights issues is in our Spring 2016 magazine.

And be sure to see our coverage of the International Publishers Association’s 31st Congress in London and the IPA’s choice of Saudi Web publisher Raif Badawi as recipient of the Prix Voltaire, as well as a look at the seven vibrant publishing markets to be featured in October this year at Frankfurt Book Fair’s The Markets Conference.