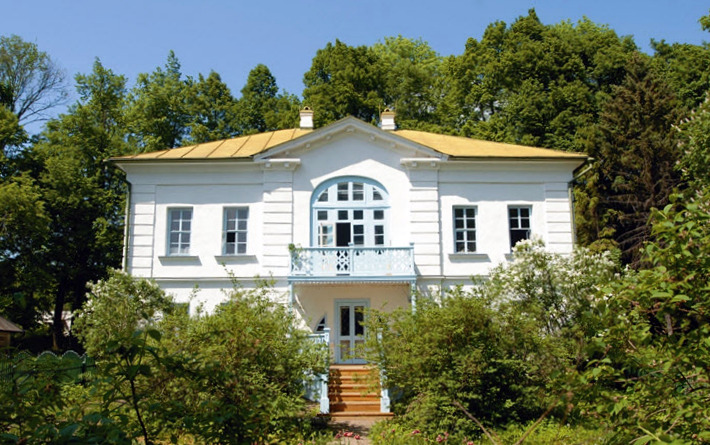 Established in 2003 by the estate of Tolstoy and the Samsung Corporation, the Yasnaya Polyana Literary Prize has announced a 31-title international longlist. The Yasnaya Polyana Literary Award is named for Tolstoy’s estate, 200 kilometers south of Moscow. Since 1921, the estate has been designated as a museum. Image: http://ypmuseum.ru

‘The Capturing of the Present Day, of Reality’

For a second year, the Yasnaya Polyana literary prize includes a special category for international literature.

The Yasnaya Polyana (Clear Glade) award is named after Leo Tolstoy’s estate and is curated by his great grandson Vladimir Tolstoy,

The longlist for the prize has been announced, featuring 31 books from international authors.

In her article for Russia Beyond the Headlines, Alexandra Guzeva reports that jury member Vladislav Otroshenko says the prize is attempting to reflect current trends in world literature: “Dystopias and predictions are disappearing and are changing into the capturing of the present day, of reality,” he says.

Ostroshenko also notes that the longlist contains novels comparable in some ways to the work of Tolstoy:  Phillip Meyer’s The Son, for example, might be called a Texan War and Peace, while Chimamanda Ngozi Adichie’s Half of a Yellow Son could be seen as the Nigerian iteration of the big book.

Guzeva’s coverage also notes that just under a third of the longlist — 10 of 31 titles — are by American authors, Khaled Hosseini appearing twice on the roster of nominees.

Japanese-American author Ruth Ozeki — who just made her first appearance last week at the US Association of Writers and Writing Programs (AWP) conference in Los Angeles with Emily St. John Mandel and Kelly Link — received the first award last year for her book A Tale for the Time Being.