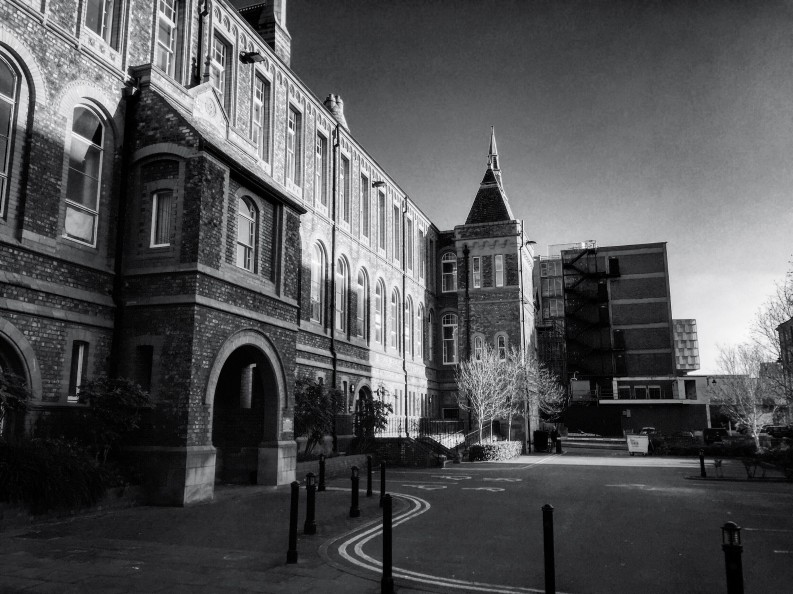 When delegates from nine US university presses joined their UK counterparts in Liverpool, new publishing models and strategic relationships came into focus. An image from video for the University of California Press’ “Luminos” program that offers open-access peer-reviewed monograph publication, presented at the University Press Redux Conference at Liverpool.

The University Press Redux Conference, held March 16 and 17 in Liverpool, was billed as the first to focus on university presses in a specifically UK context, but had plenty of representation from—and relevance to—scholarly publishing in the States. Members of nine American university presses joined their European counterparts to exchange insights into the rapidly changing world of scholarly publishing.

Peter Berkery, Executive Director of the Association of American University Presses (AAUP), shared some of the organization’s ambitious plans for the future. As part of its strategy to build a more global network of university presses, the AAUP is developing a new website, inspired by the National Academies Press’s Academy Scope. The site will act not only as a discovery engine and sales site for its members’ books, but also as a hub allowing closer collaboration between publishers. Alongside this comes close involvement in a number of research projects, many funded by the Mellon Foundation, including one exploring the urgent question of how publishing open-access monographs can be made sustainable for American university presses.

Alison Mudditt, Director of the University of California Press, explored some of the challenges and opportunities currently facing American university presses in a talk entitled “The Past, the Present, and the Future of the American University Press: A View from the Left Coast.”

Beginning with a short history lesson, Mudditt explained that university presses have been in some sort of crisis for much of the past 50 years, from the initial decline in monograph spending in the 1970s to the rise of first digital and now open access. Initially slow to adapt to change, presses are now really beginning to grasp how fundamentally their role is changing.

Not all of the smaller university presses will survive, but those that do will be those that reshape their businesses to build new partnerships, particularly with their parent institutions’ libraries.

Mudditt showcased California’s own experiments with open access publishing in the form of Luminos, a monograph publishing program which sources the costs of publication from a variety of sources: Mudditt ended her talk with some words of warning: university presses need to accept that change isn’t going to stop, she said, and that their new roles will require new skills. The research community’s expectations are being set by Apple, Amazon, Facebook, and Google, and publishers similarly need to become experts in discovery and user experience. Not all of the smaller university presses will survive, but those that do will be those that reshape their businesses to build new partnerships, particularly with their parent institutions’ libraries.

Here’s a video produced by the University of California Press to introduce its open-access Luminos program. Such relationships have clear benefits for both partners, he observed: greater centrality within the university for the publisher, and a better understanding of each other’s needs. Libraries partnered with presses are, for instance, much better placed to understand their faculty’s needs as authors, not only as readers. Each also gains a voice within the other’s community: libraries to raise concerns among publishers, publishers to promote appreciation of their role by libraries. Watkinson also highlighted another instance of publisher-library collaboration, the new open-access publisher Lever Press, the result of an alliance between 40 American liberal arts college libraries. Unlike many publishers operating on a Gold open access model, Lever Press won’t charge authors article (or book) processing charges; instead, it will be funded by contributions from the libraries, each of which will contribute 1 percent of its acquisitions budget. Berkery used the conference’s closing session to summarise the two days’ conversations from an American perspective. British and American university presses seem to be converging, he suggested, their similarities increasingly evident.

Both enjoy certain advantages over their commercial competitors—closer relationships with academic institutions, for instance—but they face similar challenges too, particularly to their bottom line, as those same commercial competitors take an ever larger slice of shrinking library budgets.

There are certainly differences—the tendency of the new UK presses, operating on an open access model, to publish the work of their own faculty members, for example, risks looking from an American viewpoint a little like vanity publishing. Most of these differences feel more like questions yet to be answered than real divisions, though. The two nations’ presses may have more to learn from each other in future.