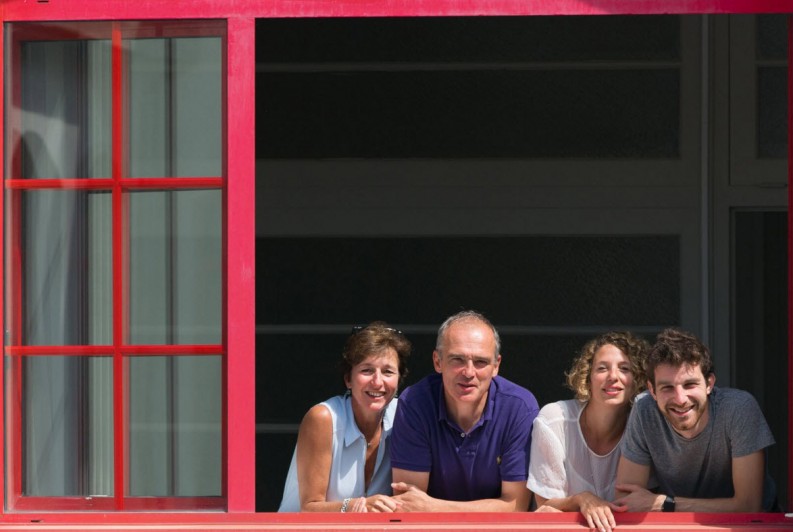 French publisher Short Édition is quickly capitalizing on the popularity of its short-story dispensers, more than doubling the machines’ number since their November debut and getting one into a high-visibility café in San Francisco. When last we heard of France’s Short Édition, it was settling into the winter of brief content, as so many outfits made moves to offer something small to the biggest crowds possible.

For example, there was — and very much is — the new Crave app (“Desire Starts Here”) from Simon & Schuster’s innovative Atria Books publisher Judith Curr and her team, sending quick bits of Colleen Hoover’s new November 9 with rich media embedded in the text for mobiles.

And there was the still-coming and well-funded Tapas Media promise of “a fun new way to read and buy bite-sized stories on mobile. Readers will be able to buy bite-sized ‘microchapters’ using virtual credits, similar to the way they unlock items and stages on mobile games — think “Candy Crush meets books.” It was good to meet with the company’s Chang Kim and Adrienne Horsley at Digital Book World this month. We’re looking forward to their next moves.

And then, last November, there was Short Édition, notable not only because it was surfing the teaspoon-of-Tolstoy wave so many startups and already-started-ups are working with — commuters, we’re told, can’t bear more than a small bit of narrative at a time — but also because that thing had paper in it. Yes, paper. And “that thing” was called a “dispenser.” It dispensed short stories on paper. Not mobile, no this was the kind of thing you’d much rather read than your grocery receipt, but the reading medium left in your hand looked pretty much like what the cashier at Publix gives you once you’ve paid for your butter, eggs, and Campari.

As Pauline Bock wrote at the New Yorker in January in How a City in France Got the World’s First Short-Story Vending Machines, Grenoble has locals turning up at the tourism office, just to pick up new stories at the dispenser there. And since the idea’s creators Christophe Sibieude and Quentin Pleplé started counting the many stories written about the idea in world media, the program has been expanding.

We got in touch with communications chief Manon Landeau to find out how things have gone and where they’re going next. It turns out that things are moving along nicely, thank you:

Publishing Perspectives: Manon, how many of the dispensing machines are there in operation now? PP: How does each dispenser get its new stories?

ML: The short story dispensers are online. Our catalog is automatically updated via an Internet connection.

PP: If I lived near a machine, say in Grenoble, and wanted to get a new story each day on the way to work, would I find the same story each day when I stopped? Or do the stories change frequently?

ML: You’d have no chance of getting the same story because the catalog contains between 300 and 600 stories that come out in random order. What’s more the catalog is updated [frequently]. A story prints out at a dispenser. Image provided by Short Édition

Bridge Between Prize-Winning Stories and Readers

PP: How is your company funded? The City of Grenoble helped pay for the first machines. Other companies and entities are investing, as well?

ML: Yes, new companies and organizations are interested in the machines: Gémo; Total; Butagaz; SNCF Bretagne [the French railway company]; Francis Ford Coppola; and so on.

PP: Do readers pay for the stories in any locations?

ML: No, the stories are free for the readers. Companies or organizations who want rent or buy the short stories dispenser are the ones who pay for it.

PP: Are all the stories coming from your site and its program, short-edition.com? ML: Yes. The short stories in the dispensers are finalists and winners of our Grand Prix du Court.  It’s required that writers participate in the prix to be included.

PP: And so do you and your colleagues think of yourself as a company mainly focused on the dispensers, the machinery, or on literature?

ML: Short Édition is a publishing house which encourages short literature and its authors. We develop useful and innovative ways to distribute short writing, so as a distributor, we’re a bridge bringing readers and short literature together.

PP: If I’m in San Francisco at Café Zoetrope, will the dispenser there give me a story in French or English?

ML: In English. We translate the stories for the dispenser there.

PP: And in many places, short literature is tied to the popularity of serials. Are Short Édition’s stories parts of series, or are they standalone pieces?

ML: All our stories in the dispensers are standalone.

Haven’t read any of the company’s narrative brevity?

Here’s a set of spring finalists in the 2016 Grand Prix du Court competition at the Short Édition site.

Some of these tales may soon be coming to a dispenser near you.