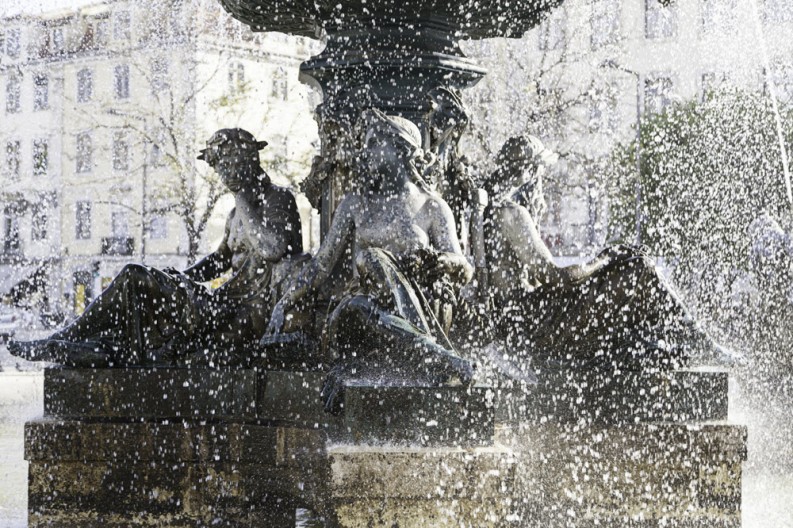 While taking stock of lagging literacy rates and persistent economic challenges, literary agent Patricia Seibel still sees quality and a loyalty to literary fiction as hallmarks of a resilient market. In getting a look at Portugal’s publishing market, we’re glad to be joined today by Patricia Seibel, whose Seibel Publishing Services has offices in Portugal and Brazil. Seibel’s agency specializes in translation and digital rights, both for fiction and non-fiction.

Special thanks to IPR License and Scott Philipson for assistance in contacting Seibel.

As we learn from IPR, the two major publishing powers in Portugal are Porto Editora and LeYa, which between them share around 50 percent of the market. Despite the dominance of these players, their presence is thought to have raised the level of professionalism in Portuguese publishing.

Publishing Perspectives: We’d like to start by asking what the status of the Portuguese market is: production has slowed considerably, right? Patricia Seibel: Although the publishing industry in Portugal has seen a decline in the volume of books published since 2008 by around 30 percent, one thing that seems evident is that, given the market’s size, an extraordinary number of books are still published every year. On the other hand, in a country badly hit by the 2008 crisis and with literacy rates are still low in comparison to larger European countries, marketing and selling all these new releases can be extremely challenging.

There’s no complete data for the performance of the market in 2015 yet, but partial information points to a continuation of the trend towards a slowdown in the market. According to the consultancy company DBK, in 2014 the revenue generated by book sales was €300 million, representing a drop of 3.2 percent in relation to the previous year. Comparing 2014 figures to 2008, when revenue was €370 million, the market has seen a 20-percent contraction. Consultancy company GfK Portugal also has suggested that in the first part of 2015, 312,000 fewer book units were sold, year over year to 2014.

PP: Are we hearing from any players in the trade on this?

PS: Amaia Iglesias, editor at Penguin Random House Portugal has commented: “As a result of the crisis, editors in recent years have invested in more ‘safe’ titles which offered bigger chances of a safer and quicker result. Print runs also suffered reductions. However, the market is finally giving us the first timid glimpses of recovery.”

“One of the exciting things about the Portuguese publishing market is that it’s still possible to find editors who put quality above everything instead of concentrating exclusively on big commercial titles.”Patricia Seibel

PP: You’ve mentioned that educational factors play a role in Portugal, in addition to the economic downturn.

PS: Publishers point to the financial crisis as the main reason for the contraction in the market, but also to other factors such as low literacy rates and a lack of government initiatives to stimulate an increase in those rates. Many publishers say that books should not incur VAT — currently, books are taxed at 6 percent IVA, the Portuguese VAT — or that the tax generated by the sales of books should be used by the government to invest in programs linked to cultural activity.

PP: Any efforts to address the literacy problem?

PS: In 2006, an initiative called the National Reading Plan (Plano Nacional de Leitura or PNL) was created to encourage reading habits for Portuguese people, especially younger ones, because the country was lagging behind other European nations.  Among various activities encompassed by PNL was the annual compilation of lists of recommended books to be used both at school and by families. The fact that PNL is finishing its 10-year program this summer is a matter of concern to educators, publishers and others.

PP: Is there much digital development?

PS: PNL advocates stress pressure from other media and digital piracy. …Having said that, Porto’s initiative to start an ebook-only imprint called CoolBooks back in 2014 show that the sector isn’t being ignored.

PP: Fixed pricing has been reinstated?

PS: The recent return of the fixed price policy this year has been welcomed by many industry insiders. The article of the law that deals with the matter is not new, but it’s been updated to make it more enforceable. Bookshops now can’t offer more than a 10-percent discount on books in the first 18 months since publication. According to many, the new updated law will help small and medium bookshops protect themselves from competition from big groups, namely FNAC, Bertrand and the supermarkets.

PP: How are smaller, independent publishers faring in Portugal?

PS: As in other countries, being able to secure a good visibility for their books in the main bookstore chains can be a challenge to medium-size and small publishers. Bestsellers and books with more commercial appeal take the best spots and the biggest publishers of course have more money for marketing and advertising.

PS: The bestseller list in Portugal, as one would expect, resembles those lists in many other countries, but there are still a number of local authors both on fiction and non-fiction lists. Commercial fiction, especially psychological thrillers and romance, is still going strong. In our non-fiction, we see self-development, wellbeing and historical titles top the list.

Children’s books, juvenile and YA titles have increased in importance. A recent article in the daily newspaper Público focused on the sector, pointing out an increase of 30 percent in the number of children’s books published in 2015 over 2014. For LeYa only, sales of children’s books in 2014 represented 25 percent of the company’s overall revenue. Local independent publishers such as Planeta Tangerina — which has raised the visibility of local authors and illustrators internationally — should be applauded for its outstanding work.

PP: What would you say may be among the most optimistic features of the Portuguese market?

PS: One of the exciting things about the Portuguese publishing market is that it’s still possible to find editors who put quality above everything instead of concentrating exclusively on big commercial titles. The two biggest publishing groups, Porto and LeYa, both have imprints dedicated to literary fiction. Imprints in these companies are run autonomously by editors who seem to have the freedom to choose titles according to a given imprint’s character and its editor’s taste.

This contributes to the diversity of the industry’s output. Penguin Random House, 20 20 and Presença are also actively licensing literary fiction. Moreover, independent publishing houses such as Relógio d’Água, Cavalo di Ferro, Tinta da China and Gradiva have proved that focusing on non-commercial titles that have the potential to form a strong backlist can form a viable and successful strategy.

For her estimate of the 30-percent decline, Seibel cites “A edição em Portugal – A escala  a diversidade” (Publishing in Portugal – scale and diversity) published in JL, Jornal de Letras, n. 1182, 2nd February 2016.

Our thanks again to IPR License and Scott Philipson for their assistance.