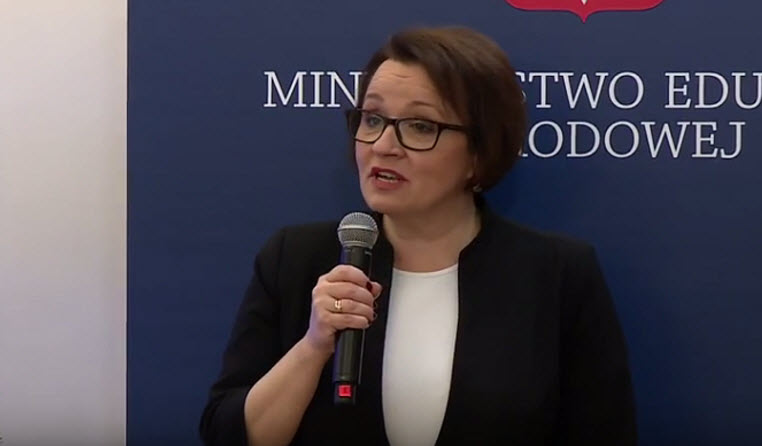 The earlier government’s free textbook mandate is cited for closures of a number of Polish publishers. A plan for e-textbooks remains in question. Since 2014, when Polish first graders received their first comprehensive schoolbooks free of charge from the country’s Ministry of Education, Poland’s textbook market has contracted, and several Polish publishers have filed for bankruptcy, while others are looking for new markets to cut their losses.

Still, local observers say that recent changes the Warsaw government in late 2015 may adjust the outlook for the Polish textbook market.

“A decision on what type of support will be provided to parents for future purchases of textbooks will be made in May.”Justyna Sadlak, Polish Education Ministry Spokesperson

The value of the textbook sector was down by more than 10 percent to some 755 million Polish zloty (US$199 million) in 2014, according to data obtained by local market research firm Biblioteka Analiz. While complete data for 2015 has not been released yet, industry analysts estimate the market shrank by a further 6 to 8 percent.

A new Polish cabinet, which took power last November, is planning to modify the role played by the Ministry of Education. The ministry will no longer focus on commissioning new textbooks for schools, but instead, it will coordinate the process of developing new e-textbooks by publishers.

Speaking on March 12 at the John Paul II Catholic University of Lublin (KUL) in Poland’s eastern Lubelskie region—one of Poland’s less economically developed sectors—Polish Minister of Education Anna Zalewska said that her ministry is planning to launch a comprehensive reform of the country’s education system which would cover, among other key areas, school textbooks. By the end of 2019, the government plan is to order up to 18 e-textbooks and more than 3,000 digital materials, including English-language summaries of various classes, for Polish schools.

‘A Number of Publishers Had To Leave This Market’

As reported by Sylwia Czubkowska at Dziennik Gazeta Prawna, it’s estimated that as a result of the previous cabinet’s reform, the number of available textbooks for Polish schools decreased from 4,900 in 2013 to 4,100 in 2015.

“The [previous] government took an unexpected decision to change the rules of selecting textbooks, which in effect forced us and other publishers to scrap hundreds of thousands of ready-to-use textbooks which were already allocated to storage facilities,” said Seweryn Kubicki, the chief executive of local textbook publisher Grupa MAC S.A.

“We are aware of the fact that the so-called ‘free textbook’…was financed by public funds for which we are responsible.”Justyna Sadlak, Polish Education Ministry Spokesperson

In the years 2013 and 2014, Kubicki said, his company had to destroy textbooks valued at about 10 million zloty.

“A number of publishers had to leave this market,” Kubicki said, “and the owner of [Poland’s leading textbook publisher] WSiP, an American investment fund, wants to sell this publisher and to exit Poland.”

WSiP is currently owned by the Boston-based private equity firm Advent International which bought the publisher from the Polish Treasury in 2010.

Last September, Poland’s primary, middle and high schools introduced digital textbooks in 14 teaching subjects of the national curriculum, an initiative which was part of the Education Ministry’s plan to bridge the public school gap between less developed and more affluent parts of Poland. As first- and second-graders already learn from the textbooks which were commissioned by the previous cabinet, work is continuing on developing a textbook for third graders. An estimated 97 percent of primary schools in Poland use the series of textbooks which was created under the government’s auspices, reports Justyna Suchecka at local daily Gazeta Wyborcza.

Many expect the current conservative government formed by the Law and Justice (PiS) party last November to discontinue the textbook program, as indicated by officials from the Ministry of Education. Instead of commissioning textbooks, it’s more likely that the ministry will co-finance purchases of textbooks by parents.

“We want to support parents in their purchases of textbooks,” said Justyna Sadlak, a spokesperson for the ministry. “We are aware of the fact that the so-called ‘free textbook’…was financed by public funds for which we are responsible. A decision on what type of support will be provided to parents for future purchases of textbooks will be made in May.”

The project to create unified textbooks for all Polish primary schools, as previously reported by Publishing Perspectives, was part of a regional shift toward nationalizing primary school textbook production. Other notable examples include Hungary, where the government of Prime Minister Viktor Orbán decided to take over as the country’s sole publisher and distributor of primary school books starting in September 2014. While some have hailed the move as a means to halt “profiteering publishers,” others have cautioned that the policy can be detrimental to local publishing industries.

Poland is one of seven of The Markets chosen for this year’s global publishing summit on October 18 at Frankfurt Book Fair’s Business Club. For more information please click here, and plan to join us for an informative day of networking and opportunity.