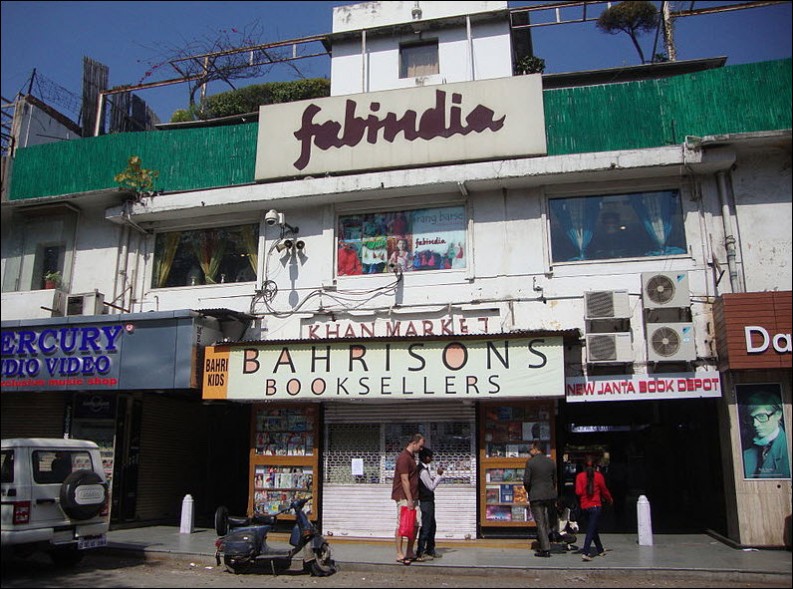 “When he opened the store, he knew nothing about books,” daughter tells Indian Express. This is a shot of Bahrisons Booksellers from 2009. Image: Vasenka CC-BY-2.0

Balraj Bahri Malhotra, owner of Delhi’s legendary Bahrisons Booksellers has died at the age of 87.

As reported by Somya Lakhani in The Indian Express: “In 1953, a 25-year-old man bought a shop in the upscale Khan Market area with the aim of selling something, anything, maybe even stationary.

“A clueless Balraj Bahri Malhotra, on the advice of Prem Sagar who owned Lakshmi Bookstore in Janpath, decided to stock books.

‘Six decades and three stores later, Bahrisons is a name to reckon with, a legend, an institution that in a way defines Delhi.”

His granddaughter Annachal is quoted by the Express, saying:

“He was such a cool cat. When he opened the store, he knew nothing about books, so everyday he’d sit with a pen and paper and note down what people asked for. Building personal relationships was most important to him and that tradition carries on at Bahrisons even now. Bade Papa would shut the shop during lunchtime, and go look for books that customers asked for.”

Writing for the Times of India, Shobita Dhar quoted former Penguin editor Nandini Mehta in an article published in the Outlook.

“A couple of other mandatory stops…then on to Bahri’s, where we’d perfected the art of reading whole books in 10-minute daily installments while its owner, Mr. Balraj Bahri, looked on indulgently….Mr. Bahri wasn’t always indulgent, though. My brother and I once pooled our money to buy James Thurber’s Is Sex Necessary, a classic of quirky (though squeaky-clean) American humour. Later that evening, Mr Bahri rang up my mother and said, ‘I want to warn you, your children are reading very unsuitable books.'”

Dhar also quoted the publisher and founder of Juggernaut, Chiki Sarkar, who said that Balraj Bahri Malhotra would be greatly missed by publishers: “He was the driving force of the shop in its early history and made Bahrisons a Delhi institution, a place which is serious and passionate about books and authors.”

And Shiva and Ram Chandra series author Amish Tripathi told the Times that Malhotra was of the finest gentlemen he had ever met:

“In the publishing space, he was an institution in himself. And his store in Delhi, Bahrisons, is an important port of call for most who are passionate about reading. Indian publishing—and indeed Indian books—has lost one its strongest pillars.”