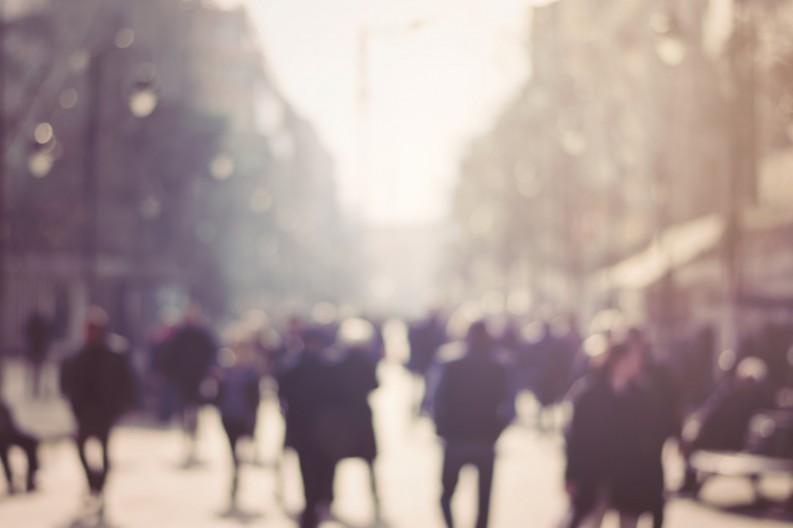 “The most valuable thing a publisher could do is think about who they are publishing those books for.” Ahead of her appearance on March 7 in a Digital Book World practicum, Nielsen’s Jo Henry talks about the new importance of knowing the target reader. She’ll give a keynote address on April 11, as well, at London Book Fair’s Quantum Conference. While FW’s Digital Book World has its main sessions on March 8 and 9, the 7th, Monday, is devoted to several areas of specialty programming, including Launch Kids, a “Mostly Marketing Masterclass” set of sessions, several workshops, and a practicum in using data with Jo Henry, Allison Risbridger, and Kempton Mooney of Nielsen. We asked Alastair Horne to talk with Henry about her coming session on audience identification and why it’s important in publishing today. After all, as she notes, “When we speak to publishers, we know that they’re absolutely maniacally busy.”—Porter Anderson

Marketing and data are two of the main topics at this year’s Digital Book World Conference (March 7-9 in New York), and the final part of Monday afternoon’s practicum from Nielsen Book, Practical Techniques for Solving Key Business Questions, combines both.

Nielsen’s Vice President of Insight and Analytics, Jo Henry, will be offering advice on how publishers can identify their most valuable customers.

Fifteen years ago, Henry says, trade publishers generally “didn’t think about their end consumer; they thought about their customer being the bookseller.”

Only publishers who sold direct to readers–such as Mills & Boon and academic publishers–had extensive mailing lists. For the rest, it was a matter of a page in the back of each book with an address where curious readers could write to request a catalog.

“Men tend, in general, to choose the books they read much more carefully than women, because once they’ve started reading a book, they don’t like giving it up.”Jo Henry

As Henry recalls from her days at Gollancz, running a survey could be a slow process: “We put questionnaires in copies of [cricketers’ almanac] Wisden, which sells out in two or three weeks. But even then you have to wait for people to think. ‘Ooh, I might fill this in and send it back for my little incentive,’ and then you have to collate all the answers. It’s not quite the same these days.”

Now that the Internet has transformed the costs of maintaining a customer mailing list, she says, “Publishers have begun to engage directly with their own customers,” building up their lists through competitions and other promotions.

“They’re really concentrating now on who are consuming these books that they’re publishing, how they reach them, and with what kind of messaging–where they’re going to be, and where they should put their marketing.”

‘From Acquisition Through to Selling’

“If you understand who it is you have in mind—when you are publishing that book and when you sell that book—I think you’ll do a better job of it.”Jo Henry

The challenge facing many publishers these days is converting that mailing list into something more actively useful. Effective segmentation is the key to this, says Henry, “clustering your customers into groups that behave in a like-minded way or look like each other, and then working out how important they are to you.”

Between the customers “who’d buy every book if they could afford it” and those who only buy the occasional book as a gift, are maybe “three or four clusters of people who respond to different messages”–the price-conscious bargain buyer, for instance, or the fan who needs to have the latest titles by their favorite authors in hardback. By establishing how each group behaves, “You can tailor your marketing messages to them,” focusing particularly on the areas with greatest potential for growth.

This, for Henry, is the key takeaway from the talk she’ll be giving at Digital Book World.

“It would be nice to see publishers just cut their lists in half and really concentrate on the 50 percent they’ve got left to see if they can sell twice as much of them.”Jo Henry

“The most valuable thing a publisher could do is go away and think really hard about their list or lists, and work out an ideal persona of who they are publishing those books for. It doesn’t have to be a different persona for every book–you want a maximum of seven or eight different personas. That’s then going to influence your whole publishing strategy from beginning to end, from acquisition through to selling. If you understand who it is you have in mind—when you are publishing that book and when you sell that book—I think you’ll do a better job of it.”

Getting to this point requires more detail than many publishers currently possess, however, Henry says. “They might not have anything more than age and sex.”

Nielsen’s Books & Consumers survey follows 6,000 unique book-buyers per month in the US market and 3,000 in the UK, asking which books they’ve bought, where, how much they read, and more. From this, Nielsen constructs tailor-made samples for publishers, reaching the people who aren’t included in standard house mailing lists because they’re not already customers.

“If someone says, ‘Look, I’m really interested in people who buy teach-yourself guides, but not Dummies, because I want to ask them all about Dummies,’ you can go to those people and ask them a whole series of questions about their book-buying and discovery behavior.

“So for the publisher, that would then be a proxy for all those people out there who ought to be buying Dummies because they buy like-minded books. They don’t need to have a direct relationship with them necessarily because they can do it through intermediaries like us.”

Market research is less of a priority in publishing than in many other industries, though. Henry suggests that this is at least partly a matter of simple economics: the expense of publishing a book is tiny compared to the costs of product launches for some of Nielsen’s clients from other industries, such as L’Oréal and Pepsi, so there’s less at stake in getting it wrong.

And it can be hard to demonstrate a return on investment when your aims might be more long-term–building a brand, or a database of customers–than simply selling 20 percent more of a particular title.

Moreover, she says, the fact that publishers produce so many books makes it difficult for the industry to find the time to get to know their audience.

“When we speak to publishers, we know that they’re absolutely maniacally busy. There’s a lot of stuff that could get done better but no one’s got time to do it.”

She’d be interested to see what would happen, she says, if publishers took the sort of output-cutting action proposed by Canongate’s Jamie Byng at the 2013 FutureBook Conference in London. “It would be nice to see publishers just cut their lists in half and really concentrate on the 50 percent they’ve got left to see if they can sell twice as much of them.”

Finding more time to learn about their customers might offer valuable and unexpected insights.

For example, Henry finishes our conversation by looking back at a survey she once ran that found that 75 percent of men who read literary fiction thought Ian McEwan’s novel Enduring Love would be a ‘female read’ because it had the word ‘love’ in the title. It’s widely known that men tend more often to read fiction by male writers, but she offered an interesting deeper analysis of the phenomenon: “Men tend, in general, to choose the books they read much more carefully than women, because once they’ve started reading a book, they don’t like giving it up.” Factors such as subject matter and author thus play a larger part in their decisions.

If publishers are going to sell more books to men, insights like Henry’s will be an excellent place to start.

The Nielsen afternoon on the 7th at Digital Book World (#DBW16) can be bought as a standalone ticket for $395 through March 6, $425 on the day of the event. It’s also part of the Total Access package, $1,895 through March 6, and $1,995 onsite. More details about registration are here.

For information on Jo Henry’s keynote appearance at London Book Fair’s Quantum Conference (#Quantum16), see these pages. There’s a £359 + VAT early-bird rate in effect until the 11th of March, after which the price for that day-long event rises to £399 + VAT.