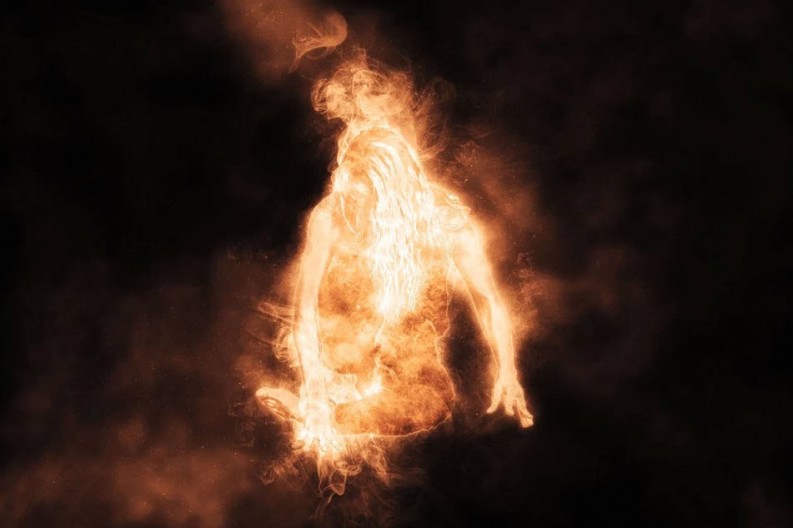 A short story, Ngugi wa Thiong’o’s “The Upright Revolution,” is said to have been translated into more than 30 African languages. Image: Artwork for Jalada’s publication of Ngugi wa Thiong’o’s “The Upright Revolution” is by Marziya Mohammedali. Special thanks to Moses Kilolo.

‘Making Africans Own Their Resources From Languages’

Nguigi wa Thiong’o has made translation history with just one short story. As BooksLive.com.za reports, the latest edition of Jalada Africa contains a story by the author, which is said to have been translated into more than 30 African languages.

All this translation is a major step forward for Jalada Africa, a Pan-African writers’ collective based in Nairobi. Translation Issue: Volume 1 is the result of a four-month collaboration of professional and amateur translators, along with associates referred to in the report as “language enthusiasts” from 14 African countries.

In his introduction to the issue, Jalada Africa Managing Editor Moses Kilolo writes:

“Professor Wa Thiong’o is uniquely placed to be the first distinguished author and intellectual featured in our periodical translations issue. He has, for many years, been the most vocal proponent in publishing in African languages.”

Ngugi says of the project: “The cruel genius of colonialism was to turn normality into abnormality and then make the colonised accept the abnormality as the real norm … mother tongue first; then add to it, as necessary, that’s the way of progress and empowerment.

“So [Jalada’s] actions will empower Africa by making Africans own their resources from languages — making dreams with our languages — to other natural resources — making things with them, consuming some, exchanging some.

Audio recordings of the story can also be heard in Sheng, English, and Kukuyu. The anthology is to be made available in ebook and PDF formats.

Bookslive offered the following sample of the story:

A long time ago humans used to walk on legs and arms, just like all the other four limbed creatures. Humans were faster than hare, leopard or rhino. Legs and arms were closer than any other organs: they had similar corresponding joints: shoulders and hips; elbows and knees; ankles and wrists; feet and hands, each ending with five toes and fingers, with nails on each toe and finger. Hands and feet had similar arrangements of their five toes and finger from the big toe and thumb to the smallest toes and pinkies. In those days the thumb was close to the other fingers, the same as the big toe. Legs and arms called each other first cousins.

To read the rest, this link takes you to the Jalada site. Image: Artwork for Jalada’s publication of Ngugi wa Thiong’o’s “The Upright Revolution” is by Marziya Mohammedali. Special thanks to Moses Kilolo.