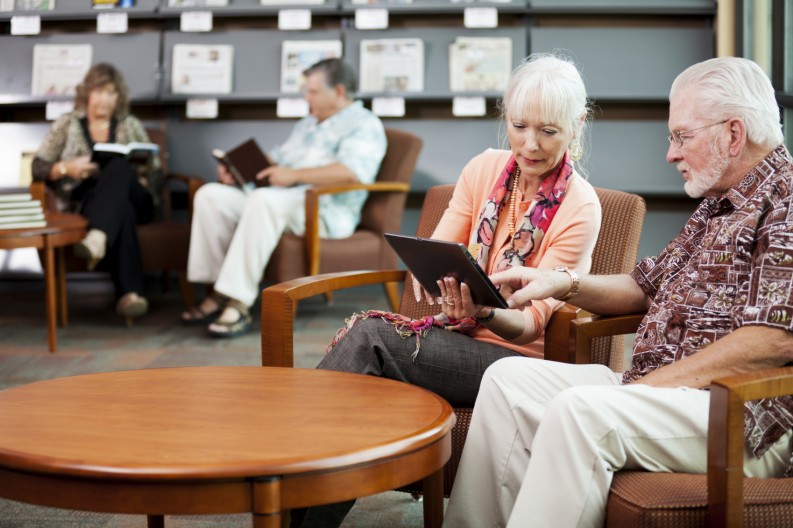 ‘The uptake of ebooks is being driven by 50-, 60-, and 70-year-olds,’ Kobo’s Michael Tamblyn tells us. We put ten questions to him and end up with one firm answer: ‘We aren’t going anywhere.’ ‘In France, Italy and the Netherlands…fantastic growth’

Something you get used to when you are competing against the largest e-commerce company in the world, the most beloved hardware manufacturer in the world, and the most profitable search engine in the world is running into people who say, ‘Wow, you are still alive, that’s fantastic.’ Well, we are. In fact we are thriving.”
—Michael Tamblyn, CEO, Kobo, at the Independent Publishers Guild Annual Spring Conference 2016

Publishing Perspectives caught up with Michael Tamblyn, CEO of Kobo, around his talk at the UK’s Independent Publishers Guild (IPG) conference, to discover why he sounds so bullish about Kobo’s place on the digital landscape, particularly after the news of Rakuten’s $68m write-down of Kobo’s balance-sheet value. The Toronto-based Kobo has at times been seen as a last hope of a global ebook retailer that might compete with Amazon, Apple or Google.

Publishing Perspectives: How would describe the digital landscape at the moment? Michael Tamblyn: After years of triple-digit growth of ebook sales, they’re holding steady between 20 and 30 percent of the market. It’s more in genre fiction and less  [in] categories like children’s books. This is partly because we came off big sellers like Fifty Shades of Grey, The Hunger Games and The Surgeon, which often drive people to ebooks.

Whereas over the Christmas holiday, eight out of ten books on the bestseller list were adult coloring books and the other two were cookbooks. That’s never going to be a great environment for digital growth.

While the era of easy growth is over. I would imagine that when you start dropping some big fiction titles back in then you will see the growth resume.

PP: Who do you see driving this growth?

MT: This is a technology transformation that doesn’t look like any other technology transition that has ever happened. Usually a big tech shift like this is driven by 18- to 35-year-olds who are comfortable with technology.

PP: So how do you encourage more people switch to ebooks?

“The kind of customer we get through a device is worth about 30 percent more than through a smartphone. Book libraries are bigger. These cutomers are more loyal.”Michael Tamblyn

MT: We’re looking at those people who are reading two to three books a week. They’re exactly the kind of reader for whom technology makes a lot of sense, but who are often less comfortable with it.

We try to reach them by designing easier-to-read ebooks and having them in the retail locations where those kinds of people go. We have also rolled out a program called Kobo Welcome, where there is a person on the other end of the phone to help you set up the e-reader and then chose your first ebook.

This came out of research we were doing with readers who had never touched an e-reader before and said they never would. We would give them a seven- or 14-day challenge where they could borrow an e-reader for a week or two and all they had to do was to keep a journal of their experiences and be interviewed at the beginning and end.

Two things were very clear to us from this research:

“Hardware is now a profitable business for us. Unlike some of the manufacturers who could never get the manufacturing or economics right, hardware made a profit [for Kobo] in 2015.”Michael Tamblyn

MT: It is a very popular service. We had to set up a whole additional call centre over the holiday season to field all the calls.

PP: You are talking a lot about e-readers. But are people really still buying e-readers?

MT: Yes, they are. Everyone has been surprised by the durability of the category.

What we are seeing now is that the person buying the e-reader has the same relationship to technology and books as someone has to music who buys high-end headphones. They are somebody who is passionate about reading. They want the best reading experience they can get and they are willing to invest to get it.

We have had a lot of success in bringing out premium devices like the waterproof Kobo H2O or the high-definition Kobo 4HD at the high end of the e-reader price range. We thought they would be 5 percent of sales and instead they are rock steady at around 20 percent of all devices that we sell.

PP: Barnes and Noble’s Nook is in retreat. Is your hardware here to stay?

MT: Hardware is now a profitable business for us. Unlike some of the manufacturers who could never get the manufacturing or economics right, hardware made a profit [for Kobo] in 2015.

The kind of customer we get through a device is worth about 30 percent more than through a smartphone. Book libraries are bigger. These cutomers are more loyal. They tend to read faster. That’s because they are already a person who is predisposed towards doing more reading. We have a great business on iOS and Android, but we can see from the data that the experience is more fragmented. Reading times are shorter and it’s broken up by text messages or social media. It is a much less immersive experience than on an e-reader.

PP: How can you compete with the Kindle when so many others have failed?

“We have a parent company committed to this space which is one of the world’s leading e-commerce businesses and which is continuing to invest in this space.”Michael Tamblyn

MT: Our devices are regularly rated higher than the Kindle, they do well on reviews, and the word-of-mouth is awesome.

In every country we are in there was a major retailer who was trying to answer the strategic question of, ‘How do I bring ebooks to my customers without having those customers go away to someone else?’

It is nice they can partner with us without being worried that we are out to destroy them. It is a major part of our global story.

PP: Your parent company has taken a huge write-down on you. Does this make you a damaged animal in the market?

MT: The write-down has a very simple answer. The valuation of the company when were acquired was based on the assumption that we would see much faster adoption of e-reading than we have and the valuation is very sensitive to this. Many people thought there would be 40- to 50-percent digital by 2016 or ’17, but as we sit here it is 25- to 30 percent.

Many of our rivals got into trouble by focusing on one market like the US or the UK, whereas we diversified into lots of markets. They are the ones running out of money, struggling to find investment and taking far more significant write-downs than anything we have been talking about. Or massive inventory charges ahead as they try to get rid of devices that can’t sell. And we’re not doing that.

While we’re not seeing much in the English language market, in France, Italy and the Netherlands we are seeing fantastic growth.

Our best month for global ebook sales ever was January 2016. February looks great too. Our best year ever for devices from a profitability standpoint was last year.

PP: But have you lost credibility?

MT: No. Any publishers looking at sales statements will know what our month-to-month looks like. Any bookseller will be able to see what the sell-throughs are. We have a parent company committed to this space which is one of the world’s leading e-commerce businesses and which is continuing to invest in this space.

PP: So if I buy one of your e-readers today will you still be here in three years time?

MT: Yes. We are not going anywhere.