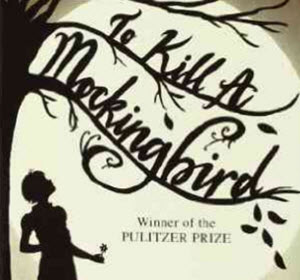 Once as common as a mockingbird, the mass market paperback edition of the late Harper Lee’s novel reportedly is coming to an end. Shephard: ‘Why Does This Matter?’

For decades a staple of middle and high school English classes, the inexpensive mass-market paperback edition of the late Harper Lee’s To Kill a Mockingbird seems to be a thing of the past. The current mass market paperback edition of To Kill a Mockingbird is published by Hachette’s Grand Central Publishing and selling for $5.89 on US Amazon.com at the time of this article’s writing.

Culture news editor Alex Shephard in The New Republic reports that the magazine has “obtained an email from Hachette Book Group, sent on Friday, March 4 to booksellers across the country,” announcing that the estate of Harper Lee “will no long allow publication of the mass-market paperback edition of To Kill a Mockingbird.”

Included in the email, Shephard writes, was a discount code: Hachette can only sell its mass market edition for a limited amount of time, so booksellers are being offered an additional discount. And, Shephard reports, a spokesperson for Hachette confirms that publication for the mass-market paperback edition of the novel will cease.

HarperCollins is to continue publication of the trade paperback, hardcover, and “special edition” of To Kill a Mockingbird. The prices for those editions range between $14.99 and $35.

And as the article cites Michael Cader and Peter Ginna noting, Hachette had licensed the rights to Mockingbird from HarperCollins, meaning that Lee and HarperCollins split the royalties earned from the mass-market edition.

“Now,” they say, writes Shephard, “the Lee estate will earn full royalties from every copy sold.”

“Why does this matter?” asks Shephard.

For Hachette, Shephard goes on to write, this could mean a loss of revenue. And for HarperCollins, which published Go Set a Watchman and is now the only publisher that can claim Harper Lee as an author, it almost certainly means an increase in Lee-related revenue.

Even so, a spokesperson for HarperCollins tells Shephard that, “Like many American classics, To Kill A Mockingbird’s primary paperback format will be the trade paperback edition.”

Williams: ‘Cheated Out of Something’

What will this mean for class assignments of To Kill a Mockingbird in public schools? The New Republic’s Shepherd writes: “The fact that To Kill a Mockingbird is both so accessible to young readers and so widely taught in America is crucial to its cultural importance. In 1988, the National Council of Teachers of English reported that To Kill a Mockingbird was taught in a whopping 74 percent of schools and that ‘Only Romeo and Juliet, Macbeth, and Huckleberry Finn were assigned more often.’

“Today, To Kill a Mockingbird has almost certainly surpassed the controversial Finn as the most assigned novel in America’s middle- and high schools, and those often cash-strapped schools are far more likely to buy the cheaper mass-market edition than the more expensive trade paperback. According to the email sent by Hachette to booksellers, “more than two-thirds of the 30 million copies sold worldwide since publication have been Hachette’s low-priced edition.”

“Without a mass-market option, schools will likely be forced to pay higher prices for bulk orders of the trade paperback edition—and given the perilous state of many school budgets, that could very easily lead to it being assigned in fewer schools.”

As Mary Elizabeth Williams at Salon writes of her concern in “Is this the end of an iconic edition of ‘To Kill a Mockingbird’?”: “Is this all what Harper Lee would have wished for her book — and its readers, especially the schoolchildren who, every academic year for generations now, have come to her story new? I don’t know. Is this latest move part of a bigger business decision to consolidate how Lee’s works are distributed? Could be.

“But I do know that when I thumb through my own well-worn copy of a book I first found when I couldn’t have been much older than Scout Finch, I find that I underlined an observation, written by Harper Lee in the voice of a child hungry for knowledge. ‘I could not help receiving the impression,’ she says, ‘that I was being cheated out of something.’”