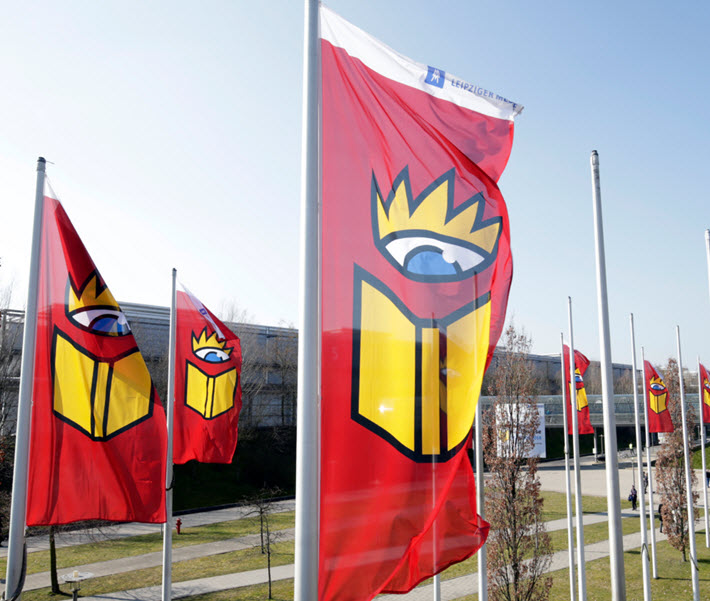 The winners of the 2016 Leipzig Book Fair Prize were announced from a pool of over 400 new titles and a shortlist dominated, once again, by men. On March 17, the three winners of the 2016 Leipzig Book Fair Prize were announced. This 60,000-euro prize honors newly released titles in the categories of fiction, nonfiction and translation.
The 2016 winners are Guntram Vesper for his novel Frohburg; Jürgen Goldstein for his nonfiction book Georg Forster: Between Freedom and the Force of Nature; and translator Brigitte Döbert for her translation of Bora Ćosić’s The Tutors from Serbian to German.

A closer look at this year’s shortlist shows that the Leipzig Book Fair Prize is no different than many other literary prizes in its bias toward men. Male authors accounted for four of the five fiction nominees and all of the nonfiction nominees. Things changed when it came to the translation category: here four out of five shortlisted titles were translated by women, though just one of the original authors of these translated works was a woman.

If you’re interested in a deeper insight about the gender ratio in literary prizes, read more here in our article “Questioning Gender Ratio in the Man Booker International Longlist”.

The winners were chosen from a submission pool of over 400 titles from 113 publishing houses. A jury of seven literary and cultural experts, under the guidance of jury chair Kristina Maidt-Zinke, narrowed the field down to a shortlist of five titles of, fiction, nonfiction and translation.

Here you’ll find some further information about this year’s winners of the Leipzig Book Fair Prize: Frohburg is, without doubt, Guntram Vesper’s magnum opus, as well as where everything began for the author: Frohburg was the place of his birth in 1941, the place he grew up and the place his family fled from in 1957, the land around it providing the backdrop to a historical chronicle of a German era. Here a country and an age are comprehensively captured—culture and politics, war and post-war—it is an all-embracing and wonderful portrait of German life in the twentieth century, a powerful work of prose that stands up to comparison with books by such greats as Peter Kurzeck, Walter Kempowski and Uwe Johnson.

The jury says: “A museum, an archive, a life’s work: Vespers’s strong perceptional gaze turns his attention to a manifold variety. With great sensitivity for East-West-phenomena this opulent novel stimulates things and events that threaten to sink into oblivion.”

For any Foreign Rights inquiries, please contact Kathrin Scheel at Schöffling & Co. (kathrin.scheel@schoeffling.de). An English sample translation of this novel is available for download here.

Nonfiction: Jürgen Goldstein for Georg Forster: Between Freedom and the Force of Nature Georg Forster (1754–1794) was one of the most fascinating figure of his century: a brilliant writer, natural scientist, explorer, painter, translator and a revolutionary. The sparks that were created by his general principles illuminated the world for an instant and raised hope for the possibility of something like “natural revolutions”. Jürgen Goldstein paints a vivid and captivating portrait of an exceptional life in his book Georg Forster. Between Freedom and the Force of Nature.

For any Foreign Rights inquiries, please contact Richard Stoiber at Matthes & Seitz (r.stoiber@matthes-seitz-berlin.de) or check their current foreign rights catalog, featuring Georg Forster: Between Freedom and the Force of Nature.

Translation: Brigitte Döbert for her translation of Bora Ćosić’s The Tutors A European masterpiece appears in German for the first time, a pyrotechnic display of puns, stylistic diversity, linguistic invention and exuberant comedy. What Joyce’s Ulysses is for Ireland, The Tutors is for Serbia: an avant-garde, almost untranslatable masterpiece full of wordplay and stylistic diversity, an experimental laboratory of language—and incredibly funny to boot!