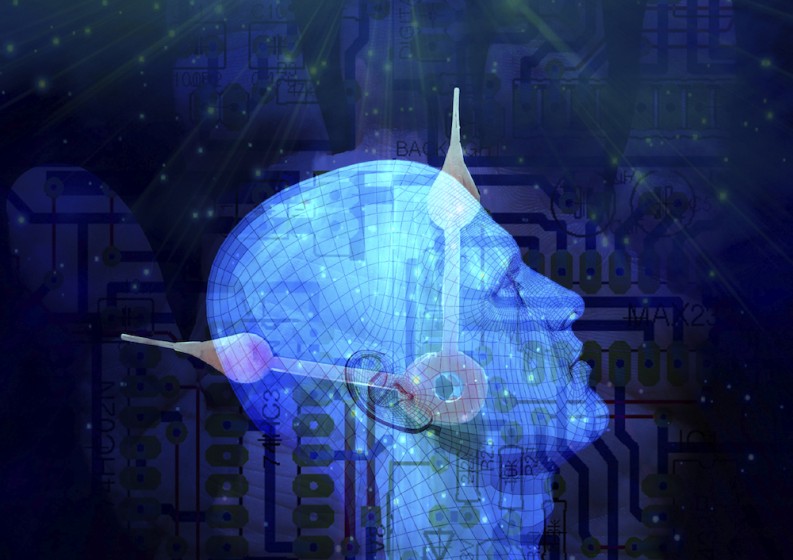 Jonathan Taplin—film producer and Annenberg director—will lead Digital Book World’s keynotes with a warning: publishing may be ‘sleeping through a revolution.’ Image – iStockphoto: “Man Out of Time” by Best Designs

‘There’s Just Too Much Damn Stuff’

It’s all part of the commoditization of art, says USC Annenberg Innovation Lab Director Jonathan Taplin. “Think about these platforms, whether it’s Amazon or Facebook or Google. They don’t care about content at all. It’s just one more piece.”

Apologizing for doing an interview from his car on the freeway in Los Angeles, Taplin navigates his material with precision:

“You used to actually invest yourself with a critic. I was lucky enough when I was making movies that [the late New Yorker film critic] Pauline Kael used to like some of the movies I made. And I had a personal investment in her view of the world.

“But think about online reviews. It’s an algorithm, a computer program that’s averaging 50,000 people who happen to make some off-hand comment.

“There’s no point of view. It’s a very different function.

“Just a commodity. ‘How many likes did it get?'”

Taplin is a man whose theme all but chases him down the highway as he talks. He’s surrounded by examples of how, in his purview, creative content is being devalued by the commercial overdrive of the digital dynamic.

A mention of the “Wall of Content” looming over the books industry today sends him straight to video: “YouTube has 400 hours of video uploaded every minute to that platform. What could possibly be found there? Even if there was some miracle Martin Scorcese among them, you could never find that person.”

The same problem is happening, Taplin says, in the television business. Some observers in publishing today talk of the glut of books in the market.

“And John Landgraf at FX says we’re at ‘peak TV.’ There’s just too much damn stuff. It doesn’t make any sense when you think about how a television show in 1985 could get an audience of 40 or 50 million, and maybe the best, highest-rated show on cable last year, Mad Men, could get an audience of 1.5 million. They both cost the same amount of money, but the audience was 50 times higher before we had this incredible diffusion of too much media.”

He’s referring there to the FX Networks president’s comments last summer at the Television Critics Association’s press tour in LA. The Atlantic’s Megan Garber and her colleagues wrote up Landgraf’s remarks this way:

“The past year saw more than 370 scripted series on television, Landgraf said, including on streaming services; this year, he estimates there will be more than 400. The glut of shows, he says, ‘has created a huge challenge in finding compelling original stories and the level of talent needed to sustain those stories.’ It has also had, he added, ‘an enormous impact on everyone’s ability to cut through the clutter and create real buzz.’”

‘To Restore a Sense of Excellence in our Culture’

Taplin’s “Sleeping Through a Revolution” material has appeared in several forms. Many of us know it best from the “Letter to the Millennials” articles Taplin published in the Aspen Ideas magazine at Medium.

In the first, A Boomer Professor Talks to His Students, he approached the material from the intergenerational divide, calling for the “youngers” and the “olders”—as Ashton Applewhite’s forthcoming book on ageism has the terms—to come together i”n a new consciousness of what’s happening to the value of creative content. Taplin wrote:

I know these four elements — courage, intelligence, vulnerability, and compassion — may seem like they are working at cross-purposes, but we will need all four qualities if we are to take on the two tasks before us. One of our tasks is to try to restore a sense of excellence in our culture — the belief that great art and entertainment can also be popular. The second task is for baby boomer parents and their millennial children to form a natural political alliance going forward.”

And in a followup Letter, Taplin went farther in describing the problem of “sleeping through a revolution,” a condition he likens to Rip Van Winkle’s legendary nap, in which our cognitive resources are dulled by overkill and our ability to pace digital change is numbed:

“One of the great liabilities of life is that all too many people find themselves living amid a great period of social change, yet they fail to develop the new attitudes, the new mental responses, that the new situation demands. They end up sleeping through a revolution.”

Talk of the creaking cable-sales model that forces hundreds of channels onto subscribers leads Taplin quickly to a prophetic marker on the fiber of the future:

“Look. There will come a reckoning,” he says. “There will not be 400 channels in the future. I promise you. The 15 Discovery channels will be back to one pretty soon.”

From that “Letter to the Millennials”:

“Who has been asleep is the creative class of America: the people who make the music, movies, TV, magazines, newspapers, and video games that have been America’s unique contribution to global culture.”

“The publishing industry hasn’t had the destruction that the video and music community has had,” Taplin says.

And some in the DBW audience may find it interesting that Taplin sees the controversial idea of a “print resurgence” as a good sign. “It tells me that the person who really cares about books is actually moving back toward an analog form factor.”

Maybe that sounds hopeful. Unless, of course, you’re down with DBW director Mike Shatzkin’s recent turnabout column in which he posited the perspective that adult coloring books may be the print pig moving through publishing’s serpentine market trends.

“One of our tasks is to try to restore a sense of excellence in our culture — the belief that great art and entertainment can also be popular.”Jonathan Taplin

Conference attendees will have a chance to test their estimates of what’s happening against Taplin’s. In conversation, he talks about “it’s almost like the food business and the farm-to-table move to sustainability. In some ways, I’m optimistic that people are opting out of this digital fast-culture realm. Time will tell.

Taplin says he’d agree with calls—from Cannongate’s Jamie Byng to Nielsen’s Jo Henry (speaking Monday at DBW’s pre-day Nielsen practicum)—for publishers to slow down, produce fewer books well and carefully and market them with genuine dedication and follow-through. Is an “artisanal” approach, as exemplified by what Unbound in London does with print editions, a viable way to think of what’s needed?

“YouTube has 400 hours of video uploaded every minute to that platform. What could possibly be found there?”Jonathan Taplin

“Yes, I don’t think that’s an overworked word in this context. It works in the food business I’m talking about and I think it works in the world of books and movies. There has been too much. Sometimes there are 12 and 15 new movies released in a week. That’s absurd. That’s not sustainable.”

You can see Taplin work with his “Sleeping through a Revolution” theme in an Annenberg Innovation Lab session on video. And his book, Sleeping Through a Revolution: The Secret History of Internet Power, is to be published by Little Brown in the spring of 2017.

So he’s about to have some skin in the publishing end of the game, you see.

He’s out of the car. Headed for New York. And his message is cinched at the end of that Letter to the Millennials:

“Let us not assume that this technological revolution we are living through has but one inevitable outcome. History is made by man, not by corporations or machines. It is time to wake up and begin to think about a digital renaissance.”

For more on Digital Book World, March 7-9 at New York’s Midtown Hilton, the site is here. And code PUBPERSPECTIVES5 offers a 5-percent discount.