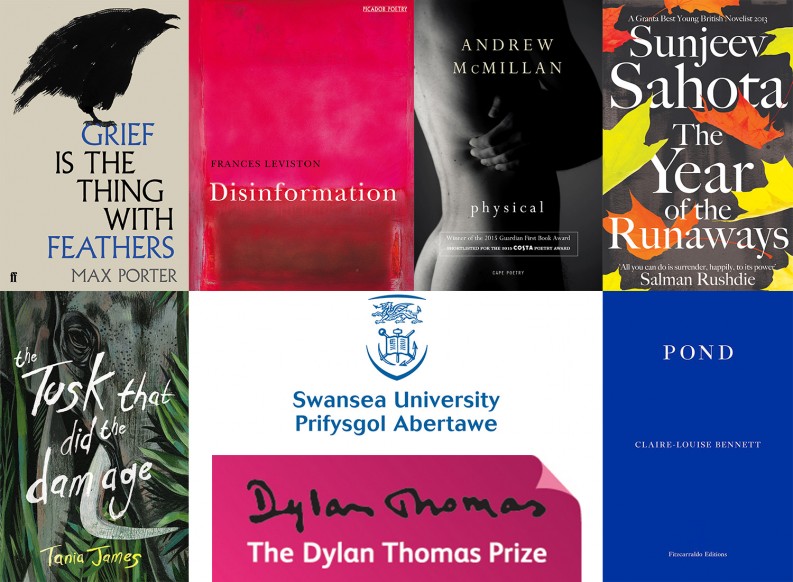 The winner of the prize will be announced on International Dylan Thomas Day, May 14, at Swansea University’s Great Hall.

While on Wednesday, our colleague Ingrid Süßmann reported on the gender imbalance in the Leipzig Book Fair Prize shortlist — reflecting all too common a trend for prize juries to nominate and honor male writers over female — the Dylan Thomas Prize shortlist of six authors is perfectly split between men and women. All six writers are expected to appear on May 12 at a 10th anniversary celebration at Southbank Centre in London. — Porter Anderson

The shortlist of nominees for the International Dylan Thomas Prize — awarded in partnership with Swansea University and given to support and nurture young writers from around the world — has been announced.

The shortlisted writers are: In the spirit of Dylan Thomas’ work written across several genres, the shortlist contains a mix of poetry and prose, including two works of poetry (Disinformation and Physical), a novella (Grief is the Thing with Feathers) a book of short stories (Pond) and two novels (The Tusk that Did the Damage and The Year of the Runaways.)

The £30,000 International Dylan Thomas Prize, one of the richest awards available for young fiction writers, is awarded to the best published literary work of fiction in the English language written by an author under the age of 40. Poetry, novels, short stories, and drama are eligible for the award.

The Chair of Judges, Prof. Dai Smith, Raymond Williams Research Chair in the Cultural History of Wales at Swansea University, said of the list: “After 2.5 hours of close and vibrant discussion, the judges had the unenviable task of selecting six works to go on to the shortlist from an exceptionally strong field. It goes without saying, therefore, that the final choice, unanimously agreed, shows an astounding array of form, genre and achievement from such young writers. The shortlist for the 2016 International Dylan Thomas Prize, in partnership with Swansea University, is eye-catching, eclectic and totally energising. The ultimate winner of the 2016 Prize will be truly exceptional as a result.” “This is a really exciting and unusually varied shortlist. The books featured have perhaps only one thing in common – literary ambition and the breathtakingly successful execution of their visions, but otherwise they resist categorisation. Structurally, narratively, and linguistically they innovate, breaking down boundaries, reaching the reader in new and unexpected ways. There is such a wide range of perspectives, playfulness, intellect, strange and deadly serious content, and a depth of humanity that it is hard to know where to begin in describing each. One thing is clear, these six writers are phenomenally talented, and absolutely worthy of a place on a prize list bearing the name and spirit of Dylan Thomas.” “Judging the International Dylan Thomas Prize is far more difficult than any other literary award I have ever judged. The reason is that the Prize is not only open to all English-language authors under 40 years old, no matter their national origin, but it is also open to all genres, for Thomas himself excelled in multiple genres. As a result one has to adjudicate between, say, a 60-page book of poetry and a novel of 800 pages, or between experimental or non-traditional kinds of writing and consummate stories in a naturalist vein. I have been a judge for all ten years of the Prize’s history, and I can say that this year’s list is the best and stylistically most diverse.”

The winner will be announced in an awards ceremony in Swansea University’s Great Hall on International Dylan Thomas Day, May 14, 2016.