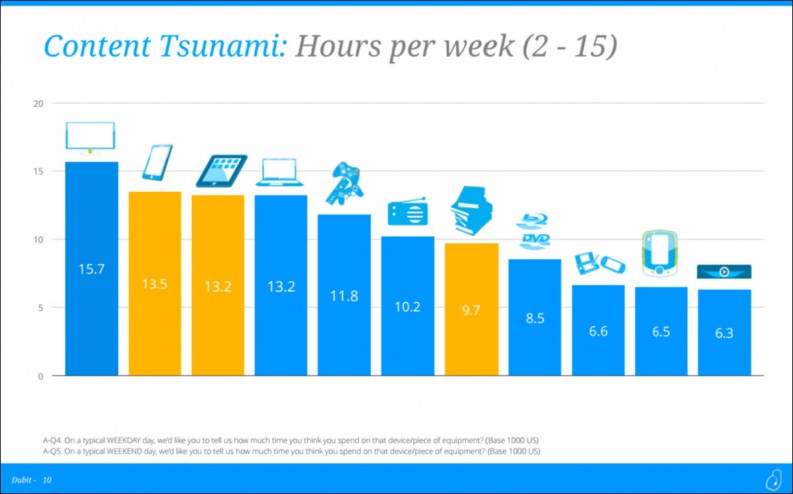 On the pre-conference day of Digital Book World, the children’s market focused on gains and print loyalty, and workshops explored the digital development of sales and audience. ‘The Persistence of Physical Books’

Physical Book World is not the name of the conference. But as Sourcebooks’ Dominique Raccah gave her opening address at the pre-conference Launch Kids program at Digital Book World, you might have been forgiven for thinking that the “print resurgence” folks had infiltrated the hall.

Raccah’s greatest success in recent years has been her company’s fast-growing Put Me in the Story series of personalized children’s books. And while the company is capable of personalizing digital formats as well as physical, it’s the physical books that have been most popular.

Raccah spent much of her time in her talk, titled Through the Looking Glass: The Past, Present, and Future of Children’s Publishing, emphasizing the fact that in the United States, teens “the people you would have thought would be the most digitally focused,” as she puts it, “actually turn out to be highly attached to physical books.” She referenced Nielsen’s Kristen McLean who has many times described how for teens, for example, “reading is social,” as Raccah puts it. “Everything for teens is social, and physical books are actually a social statement” in that demographic, “they are a point of view, a way of expressing themselves.

“So where do we end up here? Today, kids are playing Minecraft and watching YouTube and using apps” and engaging in myriad other digital activities, “but what they’re not doing is abandoning traditional forms of entertainment.”

“The surprise of our transformation as an industry,” Raccah said, “the persistence of physical books. That is a very different transformation than that experienced by your peers in newspapers, in music, in magazines.

Beyond the children’s market, per se, however, Raccah’s main message was that “We need to concentrate on more ways to create connections between readers and content.” And in her experience, personalized content is a major potential key. She said that she has identified as many as eight areas of possible growth marketing involving personalization.

“Customizing each book for the experience,” she said, is where the potential lies. “We are the Number 1 site for personalized books in the US.

“And I’m possessed with this question of how much bigger this industry could be.” Raccah was followed with very supportive commentary from David Kleeman, Senior Vice President for Global Trends at the research consultancy Dubit, with a report called “The Children’s Global Media Landscape.” “I swear that I didn’t talk to Dominique before this,” he joked, but clearly what he had come to say has similar implications to her commentary.

What Kleeman and his colleagues see, he said, “makes us think that we’re about to see a slowdown in technology change in households with children.” He told the audience, “Tablets have a slower acquisition rate, less frequent replacement than smartphones,” and that this means that the industry can take its breath, he said, and learn to deliver better to the devices in place, the tablets.

Citing an average two to 15 hours of usage per week, Kleeman said, “Kids are immersed in a content tsunami right now, drinking from a firehose,” and he directly echoed what Raccah had said: “Kids prefer print”–by some 70 percent–to ebooks. Kids love to share,” which is “a lot harder to do in digital.”

So overwhelming is the available content, Kleeman says, that his survey results show some 60 percent of children reporting trouble finding the content they want.

And yet there are cautions here. While the Kleeman report seems to be replete with children expressing their fondness for reading, the main response about books in three age groups under the optimistic heading “Kids Like to Read” (see the graphic here) was this one: “I love books but only when I have time.”

Maybe at a children’s books conference, one might expect the “I love books” part to be played up. But the “but only when I have time” clause is a serious and increasingly challenging one and Kleeman’s upbeat presentation didn’t do much to drill down on what publishers might need to do to address that available-time factor.

And while, Kleeman said, the concept of a “book” has changed to include ebooks, audiobooks, print, publishers shouldn’t try to embrace all channels at once as they work to expand the cross-platform ways to get “a book across the room and into the hands” of readers. Careful management of expansion into multiple formats and channels is important, he said. The now-familiar Launch Kids element is a full-day format that brings together market analysis and trend commentary on the sector, from Nielsen’s McLean on a segmentation study and identification of high-value consumers to a keynote interview about reader engagement with author Jenny Han of To All the Boys I’ve Loved Before.

Another session on “Using Data To Improve Sales” with Ingram Content’s Kelly Gallagher is reported on my my colleague Hannah S. Johnson today.

Allison Risbridger of Nielsen–as part of its three-hour practicum–gave a presentation on correlating US Census Bureau data and book sales data to match, for example, urban areas with high concentrations of breweries to the sales of books on beer. Her session had a title worthy of a keyword search all its own: Where Can We Uncover New Opportunities for Our Books? An Introduction to the Power of Mapping and Indexing.

And in one of the most painstakingly instructive sessions of the day, Logical Agency’s Peter McCarthy gave a presentation called Audience Research: Tools, Tactics, and Techniques.

Here, McCarthy worked through more than 20 tools, from Google Trends to Common Sense Media, Tagboard, BuzzSumo, Goodreads, Facebook Audience Insights, UberSuggest, Quora, Amazon reviews and many more–mostly free–to put together a picture of what attracts and reveals the interests of a target audience.

“I would have killed for this kind of research 15 years ago” while still at Penguin and Random House, working in marketing innovation.

And what might have been one of the wisest comments heard all day came during Launch Kids’ presentation of a panel of children’s publishing startups. There Elise Howard of Algonquin Young Readers warned the audience of the dangers of wishful thinking in a fast-changing industry environment, saying:

“Be eternally cautious about where the market is versus where you would like it to be.”