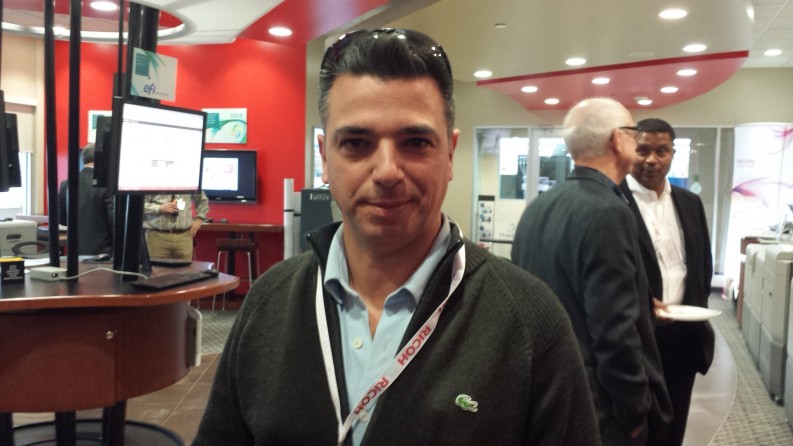 ‘Sixty Percent is from Latin America’

With Cuba’s high literacy rates in discussion this week ahead of US President Obama’s visit to Havana, one of the industry representatives to the RICOH Executive Publishing Symposium in Boulder, Colorado, is talking about the Latin American market for self-published authors.

“We were hearing from authors in Cuba who wanted to know what it would cost to publish their book” through Lantia, the Spanish publishing platform headed by CEO Enrique Parrilla.

“And these were not the only cases of authors” in the Spanish-speaking world “without access to the funds they needed to publish. But we noticed that the works being submitted to us from Cuba were of extremely high quality.”

Parrilla says that the high literacy rate in Cuba, reported to be at around 97 percent, has created not only a strong culture of reading but also of writing.

“They’re good writers. And if you look at the books that are popular in Cuba, they’re dense. They like good literature and they like to discuss philosophy. These authors tend to have followers, too, and internationally. So when they submit their projects, crowdfunding often makes sense to them.” Parrilla describes a “channel,” as he puts it, of Latin American work coming to Lantia’s Pentian crowdfunding platform.

“Maybe 20 percent of our work at Pentian is English-language,” Parrilla says, “and of the Spanish-language material, about 60 percent is from Latin America. Spain itself is only a small portion” of the overall output from Pentian, “maybe 30 percent.

“And this was a surprise to us. I guess it’s natural. We’ve begun to see authors from Chile, from Argentina, from Ecuador. If you’re an author in Ecuador, your local options are very limited. But through a window in the Internet like this, you can find funding.”

The Pentian program—you can see its Spanish- and English-language site here—produces books in both digital and print formats, Parrilla says, and is based in the US by the Spain-based Lantia.

In Spain, meanwhile, Parrilla says that Lantia has had new success in getting clients’ print books into bookstores by using author events as a foot in the door. The company sets up an event—a reading, a book-signing—supplies the books, and the bookseller then sells as many copies as possible. The author, who has paid for the production of the work, owns any copies that don’t sell during the event.

What caused the need for this approach to local booksellers was traditional distributors’ demands for large runs and high copy counts. Bookstore distribution seemed out of reach for print-on-demand (POD) operations like Lantia, Parrilla says, because the volume of production wasn’t such that the titles could be offered to the stores through normal distributors.

“You could get into the stores if you had 50,000 copies,” says Parrilla, “but that ran counter to what we were trying to achieve: zero inventory” and print-on-demand.

“So after almost a year of hitting a wall, we decided to think out of the box. We could sell directly to the reader, sure, but with bookstores sometimes finding themselves becoming irrelevant, we found that the booksellers were interested in their local authors.”

In an event in which the bookstore takes its 30 percent of sales—and in which 30 to 50 copies will be sold—the plan made sense. “We talked to our 330 or so bookstores” in Spain, “and once we had a logistics provider to do the shipping of the books to a store for an event, we solved this problem.

“As a publisher, we couldn’t get our books into the stores. You can start lamenting when this happens, or you can try to find a solution.”