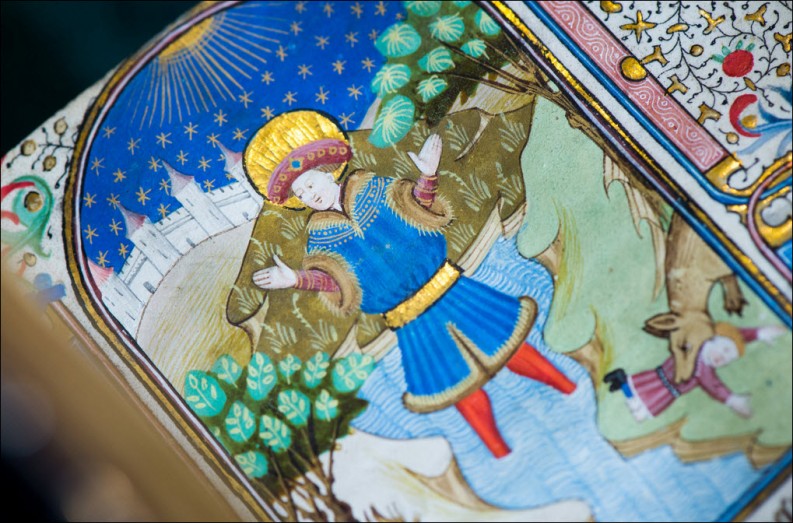 Brilliant color and intricately embellished texts: The new UBC Library acquisitions are stunners, as you can see in this gallery of images. Worth a Thousand Words

Although it may not be the favorite truth of us words-people, sometimes there’s a lot less to be said and a lot more to be seen.

That’s true of the two newly acquired illuminated manuscripts at the University of British Columbia (UBC) in Vancouver, many of the words of which, themselves, have been made pictures.

A Book of Hours, a devotional book from the 15th century, cost CA$39,000 (US$29,5000) and is written using both Latin and French. While the Book of Hours is the more commonly collected ancient book of the two, this example has outstandingly bright, hand-painted illustrations.

The acquisitions were paid for by donors including former UBC Board of Governors member Dr. Kenneth Fung and New York’s Breslauer Foundation (in a first-time grant by that American fund to a Canadian institution). The new manuscripts can be seen now in the UBC Library’s Rare Books and Special Collections Division.

And if you have time, take the gallery below to full-screen. It’s an eyeful.