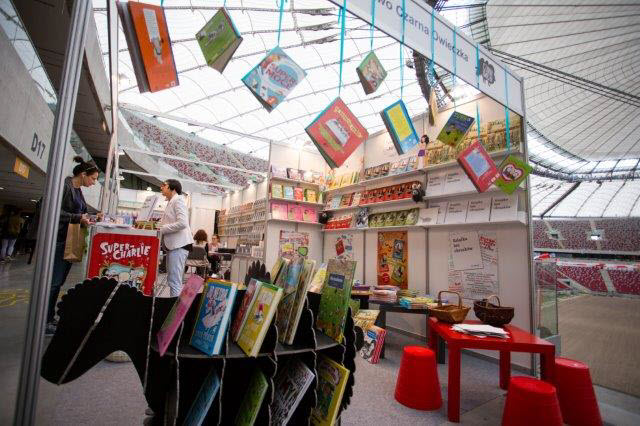 ‘We Have Something To Boast About’

Only days after the announcement that Poland is one of seven regions chosen for the special focus of The Markets Global Summit at Frankfurt Book Fair in October, there’s news that the country will be London Book Fair’s (LBF) Market Focus country in 2017.

What’s more, Poland is the Global Market Forum Guest of Honor nation this year at BookExpo America (BEA), which is scheduled for May 11-13 at McCormick Place in Chicago.

In less than a year, then—beginning with May’s BEA events—Poland’s book industry will have been exposed to publishing’s three leading Western trade shows.

The newly announced London presence is announced as a partnership between London Book Fair, itself, the British Council and Publishers Association, and the Polish Book Institute.

The London show’s presentation is described in a prepared statement as “an all-encompassing series of events and publisher meetings, providing essential insight into the Polish publishing industry, while highlighting business opportunities and showcasing the market’s importance in the wider context of international publishing.”

A cultural program is part of the Market Focus, curated by the British Council and reportedly bringing Polish writers to the UK (as well as featuring some who are UK residents) in events staged in various parts of the country. “Our Market Focus programme has always been an important part of The London Book Fair. It is a great opportunity to bring the world closer to a particular market and vice versa, to open doors, and to facilitate important conversations and partnerships that enable cross-cultural collaborations.

“We are extremely excited to be working with our partners at the Polish Book Institute, the British Council and the Publishers Association, to deliver cultural and professional programmes that benefit the industry in a number of ways.

“Poland has a rich cultural and literary heritage and with over 32,480 published titles a-year it continues to be a major player, a significant importer and exporter of translated works, and an innovator in the digital space. It’s a great time to be working in or doing business with the Polish publishing industry.” “We are all aware that the London Book Fair is one of the most important publishing industry events in the world. I deeply believe that by being the Market Focus country, publishers in English-speaking countries will become interested in new books from Poland and in the entire offer from our publishing industry. We are announcing our appearance at the London Book Fair while the Polish city of Wrocław is not only the European Capital of Culture, but also the World Book Capital.

“We have something to boast about: there are many interesting authors in Polish contemporary literature, and there are several literary genres, such as reportage and crime fiction, which are considered around the world as Poland’s speciality.

“With Poland’s fantastic children’s books – which have received numerous awards and have been published all over the world – as well as interesting publishing design and excellently developed printing techniques, Poland’s appearance at the London Book Fair promises to be exciting.”

Some interesting points of information are included in the latest announcement:

This year’s London Book Fair (April 12-14) is to include programming preparatory to the 2017 Market Focus Poland events.

Special thanks to Vladka Kupska, Frankfurter Buchmesse, for image assistance.