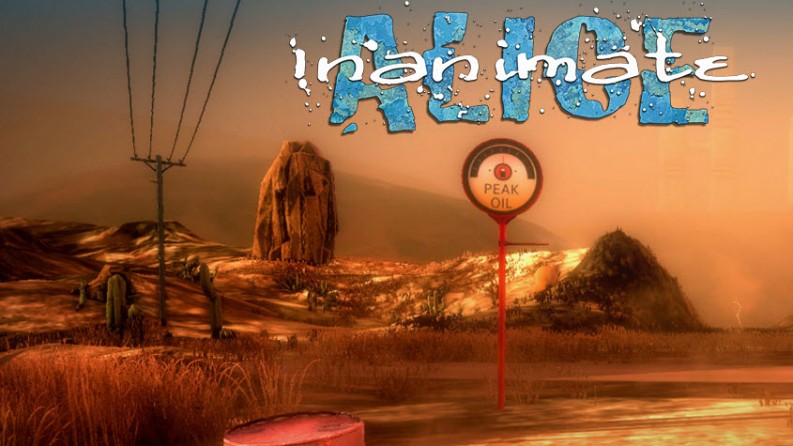 ‘To Push the Geographic and Creative Boundaries’

More than US$537,000 has been granted by the Canada Media Fund and the Australian government through Screen Australia as an incentive for three interactive digital media co-productions.

“We’re confident these teams will overcome all the hurdles of co-production and provide inspiration for others to do more.”Graeme Mason, CEO, Screen Australia

A new stage of London-based Canadian author Kate Pullinger’s long-running Inanimate Alice project for young people is one of the three efforts chosen by the cooperative funding plan. In Canada, the Inanimate Alice team is led by Ian James Harper. And in Australia, the co-production team is Mez Breeze Design. The new episode for development is titled “Perpetual Nomads.”

Teenage Jesus – Metal Messiah is the second of the three projects funded, a co-production of Australia’s Closer Productions and Canada’s The Goggle Media Group. It captured US$151,115 (AUS$201,272, CA$200,523) of the funding.

In the competition for the funding, projects had to be a collaboration of at least one Canadian producer and one Australian producer.

‘A Great Blending of Aussie and Canadian Talent’

The grants reflect both Canberra’s and Ottawa’s “continued support for original storytelling in the digital age,” according to the joint news release issued by the Canada Media Fund and by Screen Australia.

“We’re thrilled to be working with the Canada Media Fund to enable new collaborations between our countries. The selected projects look highly innovative in form and content, and are a great blend of Aussie and Canadian talent and ideas that we believe will result in something unique. We’re confident these teams will overcome all the hurdles of co-production and provide inspiration for others to do more.”

“This incentive gives producers in both countries the opportunity to push the geographic and creative boundaries of interactive storytelling. Canada and Australia have a long-standing history of film and television co-production.

“Given the linguistic, historical and cultural ties between our two countries, it was only fitting that we extend our partnership to include an incentive for digital media co-production that supports innovation and creativity in both countries.” We asked principal players in the Inanimate Alice project to give us some input on the newly announced funding, starting with author Kate Pullinger, who is a professor in creative writing and new media at the UK’s Bath Spa University. She works with digital artists Chris Joseph and Andy Campbell to direct the episodes she writes, based on a concept and characters developed by Ian Harper. “Inanimate Alice is a digital novel told in episodes that use text, music, images, video and games to tell the story of a girl growing up in a near-future setting.

“She wants to be a games designer and by ‘Episode Six: The Last Gas Station’, released earlier this year, she’s at college studying.

“Over the past decade the project has grown to include a larger team and the news of this marvelous investment from Canada Media Fund and Screen Australia will enable that team to continue to experiment and innovate in the ever-growing field of digital storytelling.”

Based in Australia, Mez Breeze is a digital designer working in games and electronic literature. One focus of her work is code poetry, and she writes in a hybrid language called “mezangelle.” In response to the news of the funding, Breeze says to Publishing Perspectives:

“At a time when digital fiction is booming due to inspiring technological breakthroughs — think: Augmented Reality/HoloLens and Virtual Reality HMDs — our Inanimate Alice: Perpetual Nomads co-production is positioned to extend the franchise in the best possible way. In practical terms, being successful in obtaining such dual national support has already accelerated our structural development of the next core Inanimate Alice story, Episode 7.

“As Co-Producer, Creative Director and Lead Interactive Writer on the Inanimate Alice: Perpetual Nomads digital novel/Virtual Reality spinoff series, I’m mindful that the substantial funding Ian [Harper] and I have secured is vital to the overall continuation of the Inanimate Alice franchise.

“Having an opportunity to assemble a core team with on-target skills is crucial to the completion of the franchise as a whole, and gives us the opportunity to construct and showcase robust storylines that make the best use of current, and future, technology.”

Ian Harper is the London-based owner of the Bradfield Company, which is leading the production of the Inanimate Alice digital novel project. He has a background in supply chain logistics in oil and gas. “The Inanimate Alice: Perpetual Nomads stories will not be Alice’s first adventures centered away from the core series narrative. Previously, we have seen our protagonist Alice trek around Australia and the Pacific Rim in a remixable magazine series and spur budding language learners to take on Indonesian and Japanese with her gap-year rambles. However, this new investment from Canada Media Fund and Screen Australia supports outreach opportunities we have not previously encountered.

“Inanimate Alice is laced with themes involving popular culture, new media and branding associated with young adults. As Alice is the daughter of a mixed-race couple who travel the world following her Dad’s job in the oil industry, the transient lifestyle of her parents brings into sharp focus the effect that being ‘always on the move’ can have on so called ‘transnational children.’ More people are on the move than ever before, most recently highlighted by the Syrian refugee crisis. Inanimate Alice resonates with such children.

“Here’s part of a [teacher’s] testimonial: ‘Canada, especially this region, close to Toronto, is extremely multicultural, and this story has really been able to reach so many of our students. It talks to the students of all different ethnicities, touches those who also have moved around all their lives like Alice, and reaches those students who think they hate to read.’

“Inanimate Alice: Perpetual Nomads extends the theme of upheaval to the lives of Indigenous People who have been culturally disrupted. Through these interactive novels, Alice will connect two young first-nation peoples, one in Canada the other in Australia. They will relate something of each other’s circumstances and histories while demonstrating how modern communications provide everyone an individual, yet connected, voice.

“This new development affords a considerable discovery phase to be undertaken by a team of Masters students at the Centre for Digital Media in Vancouver. From May through August, these students will investigate how the Inanimate Alice: Perpetual Nomads series fits within the overarching story of Alice’s life. They will discuss disrupted lives and the effects of disruption on individuals and nations. At a time when increasing investment in education for indigenous people is being heavily researched, Alice’s interest and intervention may well have a role to play.”