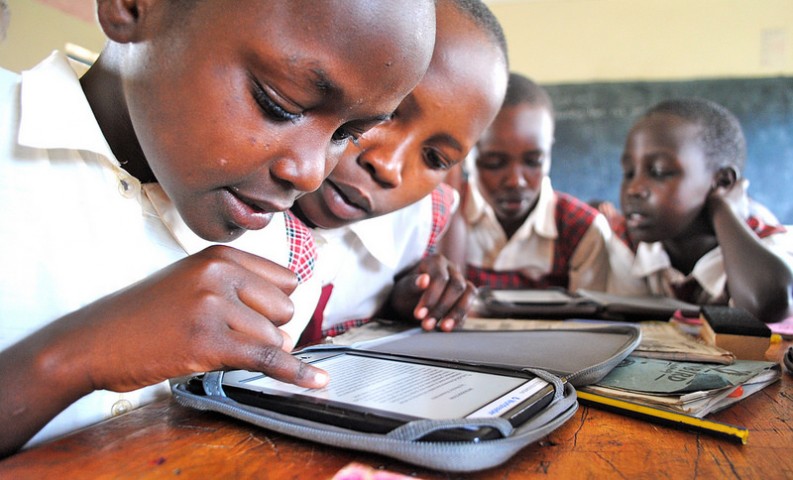 Business magazine Fast Company has named Worldreader as one of 2016’s most innovative companies. Students reading a digital book on an e-reader, both donated by Worldreader (Image courtesy of Worldreader)

Each year, business magazine Fast Company releases its highly anticipated list of “Most Innovative Companies” across a range of sectors. This year, Fast Company has chosen literacy nonprofit Worldreader as one of ten not-for-profit enterprises on this prestigious list “for trying to break the cycle of poverty with free digital books.”

Since 2010, Worldreader has been working to improve literacy and access to reading material in developing markets. They provide free ebooks on existing local platforms, by distributing e-readers (and solar charging stations) to schools around the world, and via their Worldreader Mobile app.

“Literacy is a foundational skill essential to anyone’s lifelong success,” says Worldreader on its website. Their goal is to reach 15 million readers by 2018.

“We are grateful to play a part in creating a more literate world, and are deeply humbled to have our work acknowledged by Fast Company,” said Worldreader CEO and Co-Founder David Risher.

Other nonprofits on this year’s list include UNICEF, Black Lives Matter, the 92nd Street Y, and Humans of New York.

“Our partners are so integral to Worldreader’s impact,” the company said in a prepared statement. “Each one of them is profoundly passionate about innovating to improve people’s lives through education and technology. Together, we’re able to achieve scale and impact that is truly transformative.”

Earlier this year, Worldreader released a report on the top digital books in its library of 28,500 titles in 43 languages. According to their data, over 6 million children and adults have read for a total of 17 million hours using Worldreader apps and e-readers. The cost of reaching so many readers? Just $2 per person.

In order to curate their vast and growing library, Worldreader has partnered with leading global publishers, who donate ebooks to the platform. Worldreader also works with publishers in developing markets like Africa and India to help them digitize and translate their books and reach more readers globally.