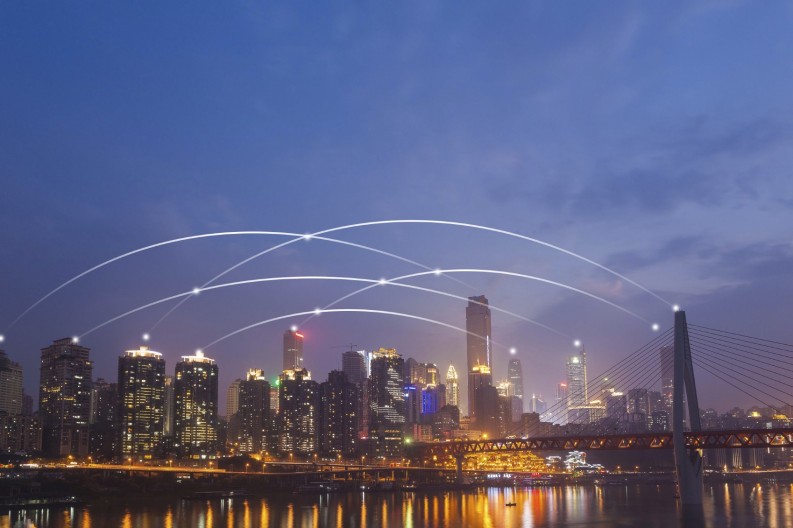 As the digital-galley service rolls out in France and Germany, ‘It’s like going back to our roots,’ says the company’s president. ‘We’re the Stewards of Our Publishers’ Property’

Many of the presentations coming up at this year’s Digital Book World (#DBW16) conference in New York City (March 7 to 9) are part of event director Mike Shatzkin’s theme of “transformation.”

One of the two events in which NetGalley President Susan Ruszala will appear is a keynote discussion, Women at the Intersection of Publishing, Finance, and Tech, led by Abbott Communications’ Charlotte Abbott, and featuring with Ruszala, Sourcebooks’ Dominique Raccah, DeSilva+Phillips’ Joanna Herman, and Penguin Random House’s Katherine McCahill.

It’s not a substitute for print and it’s not ringing a death knell for print.Susan Ruszala

NetGalley’s basic service is the provision of a book’s print galley—the advanced reading copy, or ARC—via digital channels. Already in the UK market and the States, the company’s first non-English-speaking market was France. At Leipzig Book Fair in mid-March, the company will formalize its entry into the German market. And at the London Book Fair in mid-April, NetGalley will host an event.

Still, not least among the kinds of transformation on Ruszala’s mind might be her company’s financial progress: “We’re profitable,” she says, “and within the next 12 to 18 months, we’ll be entirely debt free.”

She’s quick to point out that being able to say this hasn’t come easily or quickly. Launched in 2008 by Rosetta Solutions and taken over by Fran Toolan’s Firebrand Technologies, it wasn’t until mid-2010 that NetGalley was reported by Publishers Weekly’s Jim Milliot to have entered an a phase he described as “encouraging—it has paying customers.” Ruszala says that with Firebrand’s arrival in 2009, NetGalley underwent a restart, with a “new pricing model, eventually new site and platform, new expectations.”

Having started with “fewer than 100” users, Ruszala says, NetGalley now has “a member community—media-based but also booksellers, reviewers, and educators—of about 310,000 people. The growth has been incredible. “The publisher sees distributing digital galleys as being about the book. It’s their job to promote the book, to promote the author. And that’s great, that’s their position.

“But from our position, we’ve said, ‘How can we put all the new books that we know the member community wants into one place, to give them a good experience of acceess? Make it easy, help them if they get stuck, and then give them tools to provide feedback to the publisher.”

Non-industry members are part of the picture along with professionals in the member community.

“We don’t prevent anyone from registering or requesting title. We believe that everyone has influence. We just want to give publishers to have the tools to understand who these people are. And then we want to be able to prompt the right community to take the right kind of action once they’re done reading and reviewing a book.”

“NetGalley is highly trafficked, more traffic than most publishers’ own Web sites have. What we want to do is capture the enthusiasm for new books without necessarily giving away additional review copies. One of the features we’ve introduced is a new ‘wishing’ campaign. Publishers collect wishes on titles and then grant wishes in a kind of giveaway program.

“So in that way, we have the added impact of saying, ‘Let’s capitalize on the traffic for a title on NetGalley, we’ll collect wishes and enthusiasm, let’s grant wishes, which produces huge social-media buzz for the people who win.’ And it doesn’t mean giving away too many review copies of the book. Wishing has been very important to us, six months or so after we introduced that feature.”

For an executive with a computer-services background, Ruszala is surprisingly patient with publishing personnel who worry about the general security of e-galleys instead of print review copies. And she uses an Old World phrase, stewardship, in how she understands NetGalley’s role in the new arena of digital business: “There are very few major publishers who don’t use NetGalley. We’re the stewards of our publishers’ property before it’s published. We take that very seriously.” We aren’t champions of digital. We’re saying, ‘When you need a galley, get it in the way that’s most convenient for you in the exact time you need it.’Susan Ruszala

In that 310,000-member base, NetGalley (see the chart above) reports that—as of October 2015—close to 70,000 registered Teen & YA material as their preferences. It might interest some observers to see that while mysteries and thrillers came in next, the third most-preferred category was trending as literature/general fiction (just under 52,500) with romance a step below that.

Literary fiction, in fact, is a newly introduced category, as are several more in 2016: horror, humor, and middle grade (MG).

Some of the numbers that NetGalley prepares for the media are impressive.

The company reports, for example, that:

The platform’s software can parse user data in many ways, allowing publishers to segment out, for example, their most valued members and to offer early and exclusive access on various titles.

“It’s interesting to see the differing perspectives on DRM between North American publishers and some in Europe,” Ruszala says.

“For example, I never get questions about security anymore in the North American or UK markets. But in France, it’s all about, ‘Tell me about the DRM. Tell me about security.’ It’s interesting to look at markets in different places and ask how they’ll evolve.”

Asked about the trend among many publishers in Germany toward social watermarking and away from hard DRM, Ruszala says that NetGalley’s experience of the German market is too early for her to make many assessments. “We’re just starting our conversations with German book publishers,” she says.

“But we actually introduced a social-DRM or watermarking option in December of last year. That’s available. And so if publishers want to take DRM off their files and replace it with watermarking, they can. And one of the reasons” for implementing this “is that we anticipate more demand for watermarking than in any other market.

“It’s a little different in the pre-publication stage, of course,” in terms of how some publishers might assess their requirements for security, but I expect social DRM to be really important in Germany. The Kindle option represents a fair number of our downloads at any time, it’s always in the dominant position” among requests by members for galleys.

To those whose ventures are currently in start-up stages, she counsels, “It takes a long time to build a profitable business. Sometimes, I’m afraid there are unrealistic expectations about what kind of growth can be seen in a mature market like this.”

And what, when she worries, does she worry about? She takes a moment to ponder that, then:

“I think it’s mostly about maintaining this position of trust we have with publishers and others. That’s really important to me. Every time we consider something new, we put it into those terms. That’s the thing that keeps me up at night the most—that, and what will we do next? We’re now in a position where we can say that NetGalley has created this platform for digital galley distribution and a vibrant community. What do we want to do next? And those things are connected: What do we want to do next without losing the trust of our publishers and our community?”

The opening up of new markets for NetGalley, Ruszala says, “has actually made us go back to our roots. We launched in France last year in April, and we had the privilege of launching that community with Hachette as our partner. The adoption of digital reading in France is a little bit slower” than in other markets.

“So we really have gone back to our roots. We aren’t champions of digital. We’re saying, ‘When you need a galley, get it in the way that’s most convenient for you in the exact time you need it.’ That happened to be digital. But we love print books, too. In the North American market, digital galleys are ubiquitous. People say, ‘Okay, I can try those and it’s not a substitute for print and it’s not ringing a death knell for print.’ But in the French market, those arguments still resonate.

The DBW session Transformation in Publishing: NetGalley and Diversion Books is at 4 p.m. ET (2100 GMT) on Tuesday, March 8.