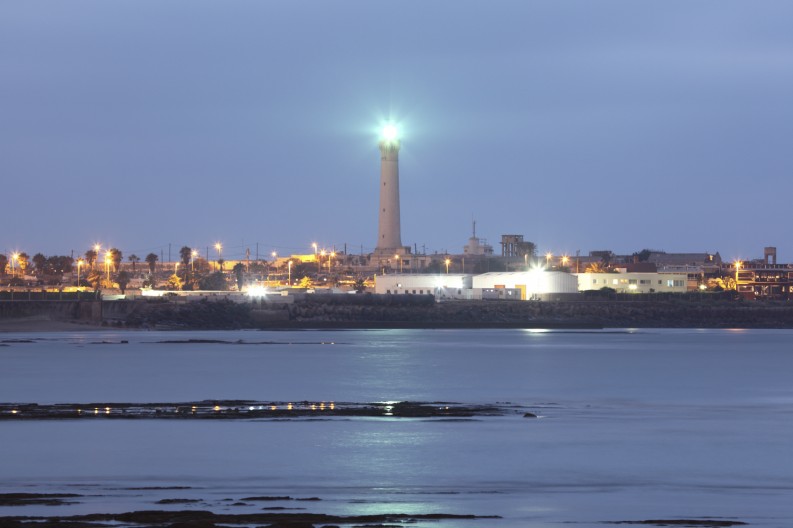 The Casablanca Book Fair hosted its first rights hub, which brought together passionate publishers and agents for discussions of Arabic, African and francophone literature. Unlike the veteran rights professionals from Lebanon or Egypt, Moroccan publishers—who print in three languages: Arabic, French and Amazigh—typically bought more rights than they sold, and had mostly confined themselves to the Francophone circuit. Until recently. It could be said that the 2014 Frankfurt Book Fair was the starting point for a new direction, when Morocco took a collective stand for the first time, uniting 12 publishers.

Paul de Sinéty, then French cultural envoy to Morocco, had encouraged publishers to widen their scope, believing that “they could have confidence in themselves in terms of rights negotiations,” says Odile Nublat, head of the French Book Office in Morocco. (De Sinéty is now managing France’s project as 2017 Guest of Honor at the Frankfurt Book Fair.)

This year’s inaugural rights hub invited to Casablanca eight fellows from abroad and 13 publishers, seven of them from other African countries and the Middle East.

After several professional training sessions on rights organized by the French Book Office and Paris-based agencies La Petite Agence and Astier-Pécher, everyone came to the conclusion that Moroccan publishers had lists that were of interest to international publishers.

With the founding of the Union of Moroccan Publishers in 2015, “everything came together,” says Nublat. Her office, under the French embassy in Morocco, split the cost of organizing this year’s new rights hub at the Casablanca Book Fair (about 40,000 euros, US$44,530) with the Moroccan Ministry of Culture. “The idea is for us to get to know each other.” Pierre Astier speaks at Casablanca’s rights hub. Image: Olivia Snaije

This inaugural rights hub invited to Casablanca eight fellows from abroad and 13 publishers, seven of them from other African countries and the Middle East. Project planning began eight months ago. In addition to the Ministry and the French Book Office, other key stakeholders include:

A number of the publishers chosen to participate are members of the 400-strong International Alliance of Independent Publishers, which is divided along six linguistic lines. The Alliance serves as a resource for publishers who want to acquire original content.

On Monday (February 15), literary agent Pierre Astier welcomed the fellows and publishers to Casablanca, “gateway to Africa and the Middle East.”

The fellows, all of whom could interact in French, comprised publishers, literary scouts, and agents and included:

‘To Get Past One’s Colonial History’

Astier opened the rights hub with an introduction to the book industry in Africa. He reminded listeners that the continent’s population stands at more than 1.1 billion and is the youngest in the world, which he said means there is tremendous potential as far as the book market is concerned, provided economic growth continues.

“We now produce knowledge. We are students of Heidegger and Spinoza, and we use their methods for our own thoughts.”Fouzia Doukkali, Les Editions Toubkal

Xavier Luffin, a French-to-Arabic translator and professor at the Université Libre de Bruxelles (Belgium) gave an overview of Arabic literature, publishers, and resources, and ways to find new writing.

“It is interesting to get past one’s colonial history,” Luffin said, “and see what’s being translated into other languages.”

Using an event model that Astier and Pécher launched last year at the Paris Book Fair, publishers introduced themselves and three books they thought would be interesting for foreign publishers. Matchmaking sessions between publishers and fellows were organized during the afternoon.

“The idea,” said Astier, “is for us to get to know each other over the next two days.”

Sandro Ferri, riding high on the tremendous success of his author Elena Ferrante, said he was in Casablanca to “meet courageous publishers and perhaps find authors.” While “We usually read all the books we buy,” Ferri said that E/O and Europa had been more adventurous of late, and will be publishing at E/O, for example, last year’s International Prize for Arabic Fiction winner, Shukri Mabkhout. E/O will also be publishing Saleem Haddad’s Guapa, about a gay man living in an Arab country. (More on the International Prize for Arabic Fiction.) ‘A More Intimate and Easier Setting’

Elise Williams said that Maclehose was interested in exploring literature from the Maghreb or Sub-Saharan Africa, in French or Arabic. Their recent publication of Karim Miské’s Arab Jazz is a “good example of what we’d like to do.”

Emmanuel Varlet, who is an Arabic language translator but also develops a small Arabic literature catalog at Le Seuil, was visiting the Casablanca book fair for the first time. France, of course, publishes francophone writers from the Maghreb, he said, “but we are behind, when it comes to publishing younger authors who write in Arabic from the region.”

Mexican publisher Eduardo Rabasa, who publishes 70 percent of his books in translation, said he was actively looking for Arabic-language authors.

But it wasn’t just about European publishers sourcing African and Middle Eastern publishers.

Rana Idriss, of Lebanon’s Dar Al Adab said she that although she knew the Middle Eastern publishers, the rights hub had been particularly interesting to her in terms of meeting European and Mexican publishers “in a more intimate and easier setting” than Frankfurt, for example.

African publishers are of interest to Idriss as well, given the Lebanese communities in countries such as Senegal or the Ivory Coast. And Senegalese publisher Seydou Nourou Ndiaye, of Editions Papyrus Afrique, was very interested in Idriss’ 2014 novel published in Arabic, The Senegalese, by Brahim Moussa, which is about a Senegalese fighting colonialism and fleeing to Egypt.

Pierre Ndemby Mamfoumby, of the Gabonese publishing house ODEM, said he printed his books in France, which was very expensive and was investigating printing in Morocco.

Fouzia Doukkali, of Les Editions Toubkal, gave an impassioned talk about how important it was for Europeans to understand how and what people are thinking in contemporary Morocco.

“We now produce knowledge,” she said. “We are students of Heidegger and Spinoza, and we use their methods for our own thoughts.”

Novels aren’t the only way to get to know another country, said Doukkali, essays are important, too. In refreshing contrast to books about Islamic extremism coming from many Arab countries, Toubkal publishes books about women’s rights, or apostasy in Islam.

Mounia Masmoudi of Dar El Janoub/Sud Editions in Tunisia echoed Doukkali and said her mission was to publish Tunisian intellectuals and to fight misinformation.

At the end of the two days, all participants seemed enthusiastic and genuinely interested in what they had learned.

“The huge effort made to open up doors to others has been wonderful,” said Elise Williams.

Kacem Basfao’s students, who produced a tri-lingual catalog for the rights hub event and attended all the sessions, said they’re proud that Casablanca has hosted the first rights hub on the African content.