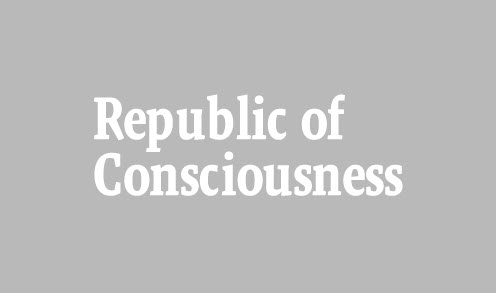 At The Guardian, Alison Flood has reported that novelist Neil Griffiths is launching a new literary prize to honor the “small presses producing brilliant and brave literary fiction” in the UK and Ireland. And he is not afraid to “guilt trip” some of Britain’s bestselling authors into lending their support.

Griffiths, who won the Author’s Club first novel award for Betrayal in Naples, and who was shortlisted for the Costa Book Awards’ 2006 best-novel prize Saving Carvaggio, says he saw the need for such an award after realizing that the best fiction he’d read over the past year had come from small presses–houses such as Fitzcarraldo Editions, Galley Beggar Press, And Other Stories, Dalkey Archive, Coffee House Press, and CB Editions.

As a writer, Griffiths says he’s all too aware of the financial strain such publishers are working under.

He tells Flood at The Guardian:

“Publishing is a terrible business model.

“These small presses are doing it often for the love of super-niche books, whether they’re in translation, or highly literary …

“We always hear about independent booksellers being under threat, but it’s essentially the same story for these publishers, [and] they’re even more vulnerable.”

Griffiths says his original impulse was to simply pay more for the books he purchased from small presses. He tells Flood that he had decided that “every time I read a Galley Beggar Press book, for example, that I think is extraordinary, I’m just going to pay £100 for it … It was a small way of using my small amount of disposable income to demonstrate the value I think they’re bringing to the world of literature, and I did that for a couple of writers.”

But knowing what the impact just getting onto the shortlist for the Costa had on the sales of his own books, he says he decided to create his own award: the Republic of Consciousness prize given is to be awarded to a novel published by a small press. The plan is for the judging to be done by independent bookstore owners, with the winner of the first award to be announced in January 2017.

And for those who might wonder if another prize is needed, as he says on his Web site:

“Whatever one thinks about awards in the arts, they do tend to attract attention, boost sales, and provide a little momentum–which is always a good thing. And even though the money won’t be Booker or Costa levels, any money is always welcome.”

On his website he lists the rules and criteria:

Griffiths says he will put up £2,000 of his own money to launch the award, but hopes to “persuade” other writers to ante up.

As he tells The Guardian:

“I think I’m going to try and put a bit of a guilt trip on high-selling literary novelists, asking them to match what I’ve thrown in. I’m hoping to get it up to about £10,000 … These quite niche, quite difficult literary novels are really important in terms of making sure we have a vibrant literary life, so let’s support them.”

To learn more about the books that inspired Griffiths, or how to submit a title for award consideration, click here.