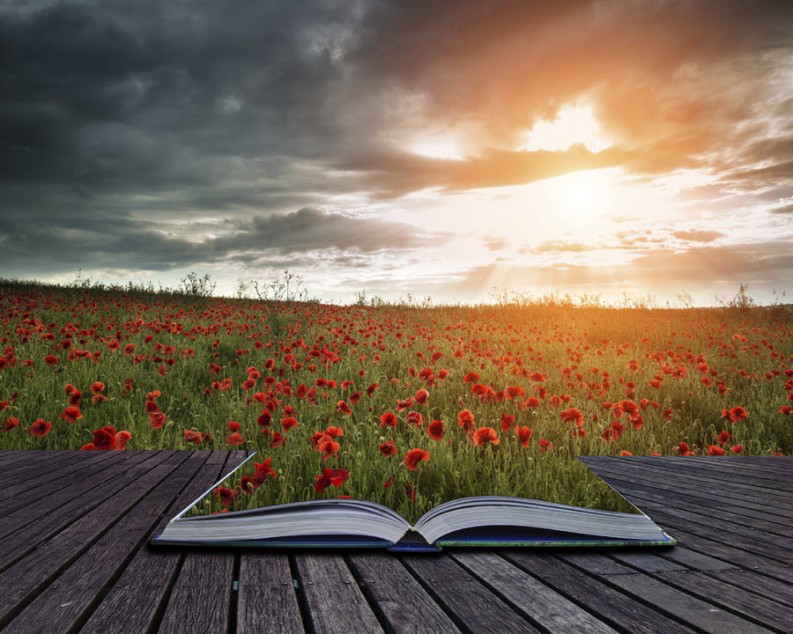 The concept of the ‘networked book’ could be part of what comes to the fore in the Montreal-based Hugh McGuire’s and Boris Anthony’s Rebus concept for open textbooks. ‘The Operating System for Society’

“The purpose behind Pressbooks was to enable new models of publishing,” says that publishing platform’s founder Hugh McGuire. “And I’ve been waiting to see, well, what’s the thing that’s going to be different? I’ve always thought it might be in educational publishing. But just in the last year or so have I seen a huge uptick in interest, making me think the world is now starting to be receptive to my more crazy ideas.

“Open education is an idea now whose time has come,” he says, “and I’m just hoping to be able to move parts of that in the right direction.”

A rebus is “a representation of words or syllables by pictures of objects,” Merriam-Webster tells us. It may also be “a riddle made up wholly or in part of such pictures or symbols.”

McGuire, an entrepreneur long devoted to concepts of bookish networking (Pressbooks, LibriVox, iambik studio) says he’s now ready for the riddle—not only of how to bring a truly open-textbook movement into reality but also, with luck, how to make good on some of the promise of the Open Web concept, itself.

He’s calling the new initiative he’s embarked on with associate Boris Anthony Reb.us. Many first learned of it when he published on Medium a revision of a talk he’d made last November in Vancouver. Titling his article Can Open Textbooks Help Save the Open Web?, McGuire writes: “In the OpenEd movement we have the seeds of a counter-counter revolution, a movement that has the power to reclaim and strengthen a corner of the Open Web, built on the ideals of open collaboration, open information, and critically, the OpenEd movements lets us think about building new ways of interacting with information.

“Textbooks might seem to be an archaic throwback, an outdated mode of information transfer.

“Yet books, and textbooks are still at the core of our intellectual lives. Textbooks are the documentation of human knowledge, an encoded record of “all the things we believe someone should learn about a topic.” They are in some sense the operating system for society, and even if we start to build better and more effective mechanisms to transmit the contents of textbooks, we still need, and always will need, textbooks as the written record of “that which should be known.”

The reason McGuire’s new venture is exciting to many following digital developments in publishing is that he’s a well-known in the innovation community. The co-author with Brian O’Leary of Book: A Futurist’s Manifesto (O’Reilly, 2011), McGuire is the founder of Pressbooks publishing platform that’s partnering with Library Journal and BiblioBoard’s SELF-e to allow libraries to offer self-publishing support to authors. He also founded Iambik Audiobooks, and LibriVox, a community of audiobook readers and listeners. His Vancouver title at the Open Textbook Conference, in fact, was Small Pieces, Loosely Joined: How Making Open Textbooks (Could Be) Like Making Public Domain Audiobooks.

At the Books in Browsers conference in San Francisco in 2014 (a conference that will return this year after a hiatus), McGuire spoke to the assembly on the topic of “Where is the New Publishing Ecosystem?” As you can see in the video of his talk, he spoke of Pressbooks being “dedicated to trying to bring book culture into the Web.” And, frankly, McGuire told the conference, it wasn’t happening. That new publishing ecosystem wasn’t showing up as he’d hoped it would. He had built Pressbooks. They weren’t coming.

That, McGuire now tells us, has changed.

He sees enough movement, enough interest, that activating his concept  of “the fundamental infrastructure for building education” now makes sense, he tells us.

‘A Complex Set of Questions’ The Rebus initiative is led by McGuire and Berlin’s Anthony, with a team of five familiar and highly regarded advisors:

McGuire says they’re in discussions with various foundations, including the Hewlett Foundation and others. And in conversation, he stresses that the project is truly in its formative stages:

“It’s very early days. We’re working out a complex set of questions around what part of this looks like a business? And what part looks more like a public infrastructure, as more of a non-profit thing. Rebus is what we’re calling the over-arching vision, and we haven’t sorted out how the bits and pieces work yet. ”

Publishing Perspectives: Give us the context for the Rebus initiative, where does it fit in the wider framework of your career?

“This comes out of my long interest in books in browsers—the notion that if we put books into the network, there’s all sorts of interesting things that we can do. Pressbooks, which I’ve worked on for a number of years, has ended up being a tool for ebook conversion used by self-publishers and small presses and a number of academic presses for various things…[while] the thing I’ve really been interested in is this online part of Pressbooks, that every book is a [potential] Web object.”

McGuire says that in the last year, he’s seen more promising signs than before that textbook people are considering wider alternatives than in the past.

“Open textbooks are interesting because we can start exploring books on the network, not in siloes. So Rebus is this over-arching vision.

“One notion is the develop something like LibriVox, where there’s a big global community. We’ve built a workflow around the question, ‘How are we going to get a group of four, five, or 10 people to help usher an audiobook into the world over the course of two weeks or two months or two years. It’s that kind of notion of an open work environment, not ‘open’ in the sense of the way Wikipedia is open and people can do whatever they want, but ‘open’ in the sense of LibriVox where everyone knows what’s going on, and people can join active projects to help out where they need help.

“So that’s the starting point.”

‘Newly Authored,’ in a Parallel to Tradition

HM: “Right, the open textbooks I’m talking about are newly authored. It’s a professor or group of professors creating new material, not taking Page 15 of an existing textbook and dropping it in.

“It’s a strange thing in academia, a strange relationship they have with publishing,” in which companies outside the classroom environment are the ones producing the teaching materials for a curriculum. “This is about academia trying to get more control, rather than having these large very profitable companies acting as intermediaries in the middle of it. They outsource this work and it comes back and costs dearly for the university or the student to use it.”

PP: And this becomes a parallel universe. In your Medium piece, you wrote, “The old system of textbook publishing is fine, and we’re not going to try to change it. Instead, we are going to start a new system, with a new set of principles, a new set of models and motivations.” You’re not talking about trying to say “death to the commercial industry’s approach”?

HM: “No, I don’t think there’s any point in saying ‘death to the commercial industry.’ I think there could be a better way to do part of this, to have part of the ecosystem work. There are other reasons that this is interesting to me, other than making this content free for students. For example:

“There’s a business model that works. We will pay to produce content and sell it to your students. But if you imagine the content as a public infrastucture on which you build learning materials, then that becomes the staring point. My contention would be that that’s where the value gets generated.”

PP: Isn’t the question for many people about how anyone can make money in this model of professors generating their own, freely available curriculum pieces, though? Is there an answer to that?

HM: “It’s an open question that depends on the environment you’re working in. But in academia, it’s a place where people get paid to teach and people get paid to write. If you think of this as a part of the function of the education industry, then there’s probably more than enough remuneration to go around. Teachers spend all sorts of time building curricula and part of the profit of that disappears. In this model, you might be opening up and capturing that. The remuneration is built into the system.”

PP: What’s the expected reaction from the academic community?

HM: “So what I can tell you, having spent a lot of time talking to people at the public textbook people at the University of Minnesota and every time they do a talk about this, they’ll have three or four profs come up at the end to say either ‘I have something to publish as an open textbook’ or ‘I’d like to write a textbook on this or that subject.’ My guess is this is in the thousands of professors. There are around 5,000 higher-ed institutions in North America; my guess is there’s at least one prof who might be interested in this at each one, so that’s a dedicated core of 5,000 people helping to build this material.

“My experience from working with community is that you start with a small group of people, you do it well, you do it the right way, and it grows into something bigger. I think this could be the dominant mechanism for making educational materials in the future.”

PP: And what’s the first step? How are you getting this off the ground?

HM: “We’re starting by talking with anyone working in open textbooks. We hope that anyone interested will be in touch. We want to put together a group of pilot institutions and a prof or two interested in working on this stuff, and start building…Our first target will be to get 20 or 40 new textbooks out the door. And based on that experience, we’ll expand and try to get more people involved.”

If you’d like to be in touch with Hugh McGuire and the Rebus team, send an email to opentextbooks@reb.us, find them on Twitter at @rebus_ot, or on Facebook.