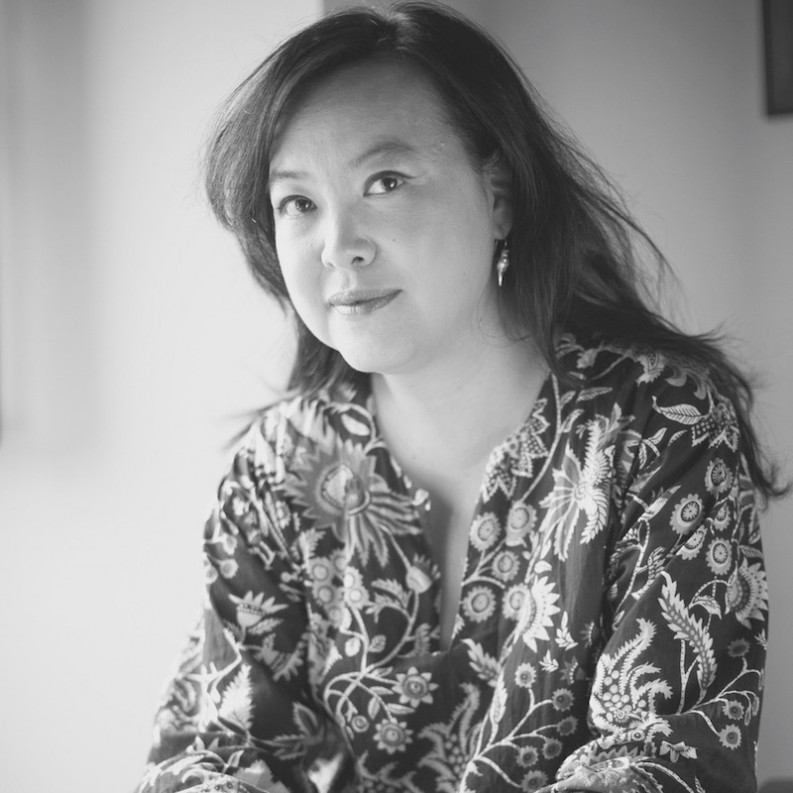 With the mission of bringing together rising stars of the German and American literary world, the 2016 Festival Neue Literatur will take place in New York City, February 25 to 28. At the opening ceremony tonight, festival chairperson Monique Truong will deliver the following speech, an exploration of this year’s theme, “Seriously Funny.” In addition, German-to-English translator Burton Pike will be presented with the 2016 Friedrich Ulfers Prize for his contributions to the promotion of German literature in the United States. Read more about the festival schedule and find out more from curator Ross Benjamin. —Hannah Johnson

An address by Monique Truong | Monique_Truong Author Monique Truong is chairperson of the 2016 Festival Neue Literatur

In German, I am the Vorsitzende or literally the “foresitter,” as in the woman who sits at the front of this year’s Festival Neue Literatur. Right now, I am standing in front of you, but all in all the word is still an apt characterization. In English, I am a gender-neutral oxymoron known as the chairperson. Am I both furniture and human; an object designed for resting the posterior and a sentient subject? Because English is not my first language, it often delights me with its awkward constructions and unintentional absurdities. I consider this ability to see the English language, which is different from the ability to read it, as a gift that has in many ways steered me towards a literary life.

“Our festival authors, above all, affirm that humor is a shared and much-needed tonic, especially when it is bracingly intelligent and deliciously bitter.”Monique Truong

I begin with my honorary festival title, one that I am honored to take on for a second year, because to me the differences between the German and the English words embody the challenges and the pleasures of this year’s theme.

I was frankly astonished when I first heard that the festival’s theme would be “Seriously Funny.” Not for the stereotypical, hackneyed objections—Germans are funny? Seriously?—but because humor is one of the most difficult literary intentions to translate and to translate well. What is lost first in the sea separating the languages are, of course, the intrinsic and the visual traits of the words themselves. A word that is clothed in perfectly serviceable gear (Vorsitzende) in one language wears an explicitly foolish mantle (chairperson) in the other. Also sacrificed to this same sea are the shared contexts, understood social norms, internalized histories, or, in short, the working definition of the “we,” which the likes of our festival authors have so gleefully critiqued and destabilized.

‘Humor is not resigned; it is rebellious.’ Sigmund Freud, in his essay entitled “Humor”, wrote, “[N]ot everyone is capable of the humorous attitude. It is a rare and precious gift.”

Tucked in the middle of this essay is perhaps an even more insightful assertion: “Humor is not resigned; it is rebellious.”

This year’s festival authors are undeniably literary rebels given their astonishing use of dialects, experimental narrative structures, and unexpected themes. They also are certainly gifted with what I would characterize as yet another ability to see. They see the collective “we,” and when they reflect it back to us they expose its absurdities, hypocrisies, and flaws, while somehow managing to retain its pulsing human tenderness.

This year’s German-language authors—Xaver Bayer, Sibylle Berg, Iris Hanika, Vea Kaiser, Christopher Kloeble, and Pedro Lenz—and their intrepid translators show just how flexible, adaptive, and near-target literary translations can be even when faced with intransigent humor. Along with their American counterparts, James Hannaham and Jenny Offill, our festival authors, above all, affirm that humor is a shared and much-needed tonic, especially when it is bracingly intelligent and deliciously bitter.

As you can imagine, Freud had quite a bit more to say about humor, but the following is the most alarming for us here at the festival: “[M]any people are even without the capacity to enjoy humorous pleasure that is presented to them.”

On behalf of our organizers, volunteers, sponsors, and especially our authors, I trust that you are not among these unfortunate “many” and will find this year’s Festival Neue Literatur to be “Seriously Funny.”