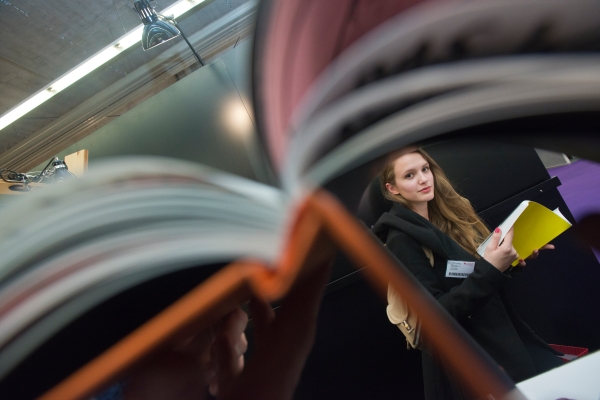 For a second year, Frankfurt Book Fair (FBM) and Publishers Weekly (PW) are teaming up to produce the PW Star Watch program that puts a spotlight on emerging talents in the American publishing industry.

One of the best parts of this program is that it starts with a large field—50 candidates are chosen by a panel of industry leaders and representatives of Publishers Weekly and the Book Fair. The longlist can be drawn from any area of the business.

The panel then selects five top honorees from that pool to be in contention for the crown of “Superstar.” That winner receives an all-expenses-paid trip to Frankfurt Book Fair 2016 (#FBM16), scheduled this year for October 19-23.

Publishers Weekly Editorial Director Jim Milliot, in a prepared joint announcement with Frankfurt Book Fair, said, “Star Watch was a great success when we launched it last year and we are hopeful to highlight even more well-deserving industry stars in 2016.”

The September 12th edition of Publishers Weekly is to have a section devoted to the 50 candidates, who will be invited to events in New York and during the Book Fair.

For Frankfurt’s part, Marketing Director International Stefan Nickel said: “The Frankfurt Book Fair is so pleased to continue the relationship with Publishers Weekly to celebrate young talent and creativity. By supporting and highlighting these exceptional members of the industry, we hope to continue to strengthen the future of publishing.” Last year’s Superstar was Riverhead Books Art Director Helen Yentus, who has recently created the new Riverhead colophon. Yentus’ trip to Frankfurt included not only an all-access ticket to the fair but a Business Club membership, as well. In a statement about the experience, Yentus said:

“For an art person, who never really gets to see this other side of publishing on such an international level, being at Frankfurt was eye opening.

“The greatest takeaway was really the people I met, with whom I have forged real friendships and professional relationships that will surely carry on for a long time to come.”

Interested US publishing workers are welcome to nominate themselves or others, using the form here. Nominations will be closed on May 31.