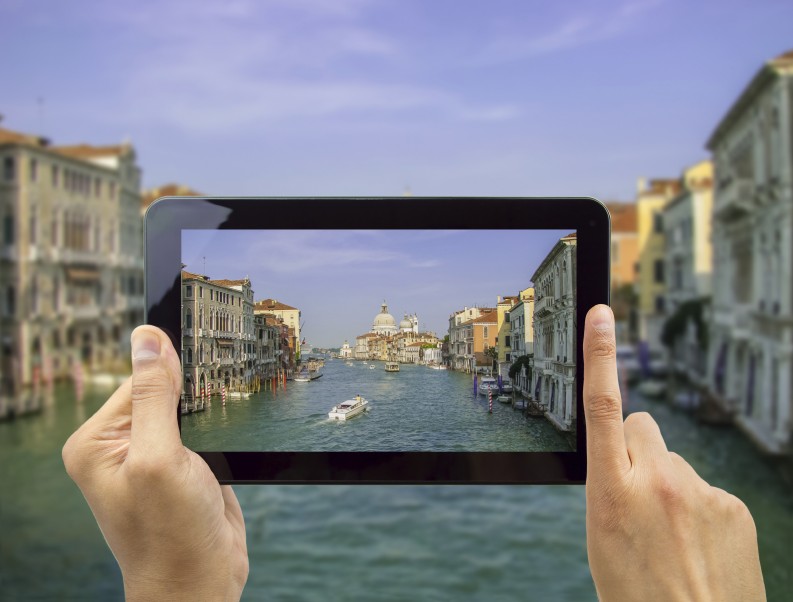 Even amid shifting VAT rates on ebooks, Italy saw a rise in print sales in 2015 after a five-year decline, according to the latest data released by the Italian Publishers Association (AIE) and based on Nielsen services.

Last year, the country’s print sales in traditional trade channels were up 0.7 percent over the previous year in AIE estimates, while the country’s total book sales—comprising ebooks and alternative trade channels such as museum shops, industry fairs and others—increased by 1.6 percent.

Italian Print Readership on the Rise

In past years, print readership has remained relatively flat in the Italian market. But in 2015, the association reports, it rose 1.2 percent, which translates into some 283,000 readers.

In total, about 24 million Italians read print books which means that 42 percent of Italy’s population reads at least one non-scholarly book per year.

Among children, print titles were read at a rate of 46.5 percent for in ages 6 to 14; 63 percent for pre-school children; and 52.5 percent in the young-adult market segment, as shown by figures from the industry association.

“What has changed is the reader: more autonomous, disenchanted, and flexible,” said Giovanni Peresson, a specialist in the AIE’s research office, in comments ANSA, the Italian news agency.

Regarding ebook readership figures, the association, based in Rome, estimates that between 4.5 and 5 million Italians read ebooks on a regular basis.

Of special note, digital readership in the 15-to-19 age group stands at 15.3 percent, almost double that of the general population.

This follows Rome’s efforts to stimulate the country’s digital publishing industry, which has been encountering, overall, reduced interest from local readers. In 2015, Italy’s ebook readership numbers were down by 5.6 percent, representing a drop of some 277,000 readers over the previous year.

Italy is one of the European Union’s member states which has decided to lower their VAT on ebooks despite opposition from the European Commission (EC). As reported by The Bookseller’s Lisa Campbell, those nations have included Malta, which cut its VAT on ebooks from 18 percent to 5 percent in 2015. Similar moves have been seen in France—a VAT rate of 5.5 percent—and Luxembourg, the government of which has decided on a VAT rate of 3 percent. The EC has opposed some unilateral decreases in the VAT rates applied by its member states. In its ruling of March 2015, the EU Court of Justice classified the reduced tax rates on ebooks by France and Germany as being counter to EU law.

But culture ministers of France, Germany, Italy, and Poland jointly called on the EC last April to modify the EU’s law to ensure that ebooks and print books carry the same VAT rate. A declaration issued by Paris and signed by the four ministers reads, in part:

“The digital era brings tremendous opportunities to the future of books and literacy, especially to foster reading among younger generations. Innovation in the book industry must be supported, as it is the only way the sector will be able to meet the readers and the creators’ evolving expectations.

“For these reasons, we share the belief that it is necessary to apply the same reduced rates of VAT to both digital and printed books. Technology-neutral regulations must be clearly asserted at the European level so that innovation and the development of e-books are not jeopardized.”

Most recently, EU economics commissioner Pierre Moscovici has signaled that coming reviews of the VAT may have to take into account the kind of digital pressures put forward in that four-nation memorandum. A proposed overhaul of the EU’s common VAT regulations is expected this spring, against a background of UK preparations for a referendum on EU membership—the so-called “Brexit” referendum.

On January 28, Reuters reported, “Last year, EU judges ruled that ebooks could not benefit from lower VAT charged on paper equivalents because they were not enshrined in a law drawn up before they were invented. EU states must levy VAT of at least 15 percent, but can go as low as 5 percent on items on the EU ‘reduced rate’ list. Moscovici said the EU could draw up a new list or states could be allowed to draft their own, in a move that would give them more leeway in choosing goods benefiting from a lower tax rate.”