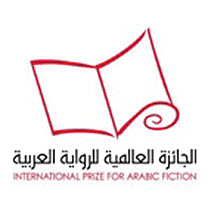 Last month, we looked at the 16-title longlist for the 2016 International Prize for Arabic Fiction (IPAF).

The full short list, by title/author/country of origin/publisher, is as follows:

Numedia tells the story of a Moroccan intellectual searching for identity through a series of relationships.

Destinies: Concerto of the Holocaust and the Nakba is an innovative novel, written in four parts (each one representing a concerto movement) that looks at Palestinian life both under occupation and in exile.

Mercury is a dystopian imagining of “the counter revolution” in Egypt, set in a nightmarish future where police battle a mysterious occupying power.

Praise for the Woman of the Family tells the story of the Al-Abd al-Lat tribe, former Bedouins whose woman play an essential role in integrating the family into 1950s urban Palestinian society.

A Sky Close to Our House looks at memories of Syria’s past from the perspective of a Syrian woman now living in exile in Amman after her town, Raqqa, is occupied by ISIS.

And finally The Guard of the Dead provides a new perspective on the Lebanese Civil War through the eyes of a hospital undertaker, whose former life as a mercenary puts his life in danger. “The process of choosing the shortlist was a pleasure and a challenge in equal measure.

“This year’s list features a number of experimental works, which try out new ground as they explore the experiences of the individual and the larger concerns of the Arab world, from personal issues to social, political and historical ones.

“The shortlisted novels are characterised by their innovative narrative forms and styles, which both question the heritage of the Arabic novel and address the tragedy of the present day Middle East.”

Professor Yasir Suleiman, CBE, who leads the board of trustees, adds that he sees this as “a strong list, one that reflects the energy of the Arab literary scene as it marches forward to reach an ever-expanding readership.

“Through their subjects, well-crafted characters and technical ingenuity,” Suleiman says, “these novels transcend their local sources to reach distant shores where the human spirit is the ultimate champion.”

The novels selected were chosen from 159 entries representing 18 countries. All the books have been published within the last 12 months.

The winner of the IPAF 2016 will be announced at an awards ceremony in Abu Dhabi on April 26, the eve of the Abu Dhabi International Book Fair. The six shortlisted finalists will receive $10,000, with an additional $50,000 going to the winner.

The International Prize for Arabic Fiction is an annual literary prize for prose fiction in Arabic. It is run with the support of the Booker Prize Foundation in London and funded by Abu Dhabi Tourism & Culture Authority (TCA Abu Dhabi) in the UAE.