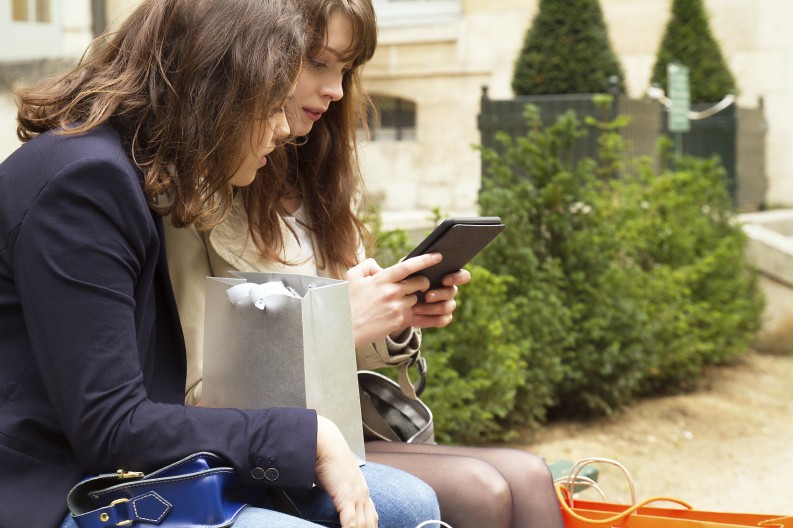 While some see France as the great holdout of Europe in terms of digital books and e-reading, others say adoption is moving a bit more quickly than before. Timely news: Le Petit Musée de la Lecture Numérique—The Small Museum of Digital Reading—opens soon in Paris. As The Bookseller’s Katherine Cowdrey writes, the installation led by Elizabeth Sutton of IDBOOX.com is touted as the first permanent exhibition space in Europe dedicated to the history of reading devices. Surely we can be forgiven a mild sense of irony. The French publishing industry and its readers have seemed slow to grab the joystick of the digital dynamic. As Olivia Snaije learns in her conversations with three French publishers, however, this particular resistance may be easing. And after all, it is un petit musée.—Porter Anderson

Early this year the French trade magazine Livres Hebdo has reported on estimates announced by GfK, a consumer and market research company, that indicate a 29-percent increase in the number of ebook copies sold in France, with a 24-percent jump in value:

“According to GfK data, the leap in digital book sales in France in 2015 is spectacular compared to the rate of sales of printed books.”

But this is nothing extraordinary, points out Livres Hebdo, when compared to the figures that characterized initial ebook sales in the US and the UK several years ago.

Alexis Esmenard, Albin Michel’s director of digital development, is more circumspect about the figures. “GfK does good estimates,” he says, “about paper books but on ebooks the sales revenues seem disproportionate.”

That said, e-reading and -purchasing habits in France show that the market is growing.

In a 2015 survey organized by the French publishers association (SNE), the authors’ association (SGDL) and the society of authors’ interests (SOFIA), results showed a 3-percent increase in the number of ebook readers, which now stands at 18 percent of the population. People are reading increasingly on their smartphones and ebook purchases per reader have increased 2 percent since 2014, according to the survey’s responses.

At Albin Michel: 60 Percent of Ebook Sales are in Backlist Ebook sales at Albin Michel between 2014 and 2015 were stable, says Esmenard. In 2015 the gross sales figure was €5 million (US$5.5 million) and the kinds of books that sell best are women’s fiction—one of their bestselling authors is Agnès Ledig—and fantasy.

“Our backlist also sells very, very well,” said Esmenard. “What is noticeable is that whenever we publish a new title by a well-known author such as Amélie Nothomb, Eric-Emmanuel Schmitt or Pierre Lemaitre, the backlist for these authors sells, sometimes better than in bookshops.”

Indeed, 60 percent of Albin Michel’s ebook sales are made on the backlist.

Esmenard says he has been dealing with a few “technical problems” regarding sales abroad; for the moment these represent 20 percent of their sales, primarily in Canada (Quebec), Switzerland, Belgium and Luxemburg. “Our books are still not available in all countries; we haven’t yet signed contracts with the US. We’ve started to really work on the Canadian (Quebec) market with our distributor, Interforum. We realize that expatriates represent a real market.”

Derda agrees with Esmenard about the GfK estimates, adding that their figures incorporate both academic books and literature.

At édi8, which includes publishers such as Plon and Les Escales, Derda says, “In literature we now publish without fail in both formats and we have observed a correlation between bestsellers in paper and digital.”

Two recent bestsellers published by Plon—Donna Tartt’s The Goldfinch (in 2014) and Garth Risk Hallberg’s City on Fire (early 2016)—have done very well as ebooks, as has the nonfiction book on tidying up by Marie Kondo.

“Generally the ebooks-to-paper sales represent an average ratio of 2.5 percent in sales, but with these books we are way above that figure,” said Derda, adding that édi8 does not release specific figures.

Their backlist is still being digitized, but Derda said that in 2015 they had digitized the works of two eminent Plon authors, General de Gaulle and the anthropologist Claude Lévi-Strauss, giving them new covers and organizing tie-ins with anniversaries and events.

One publisher, Bragelonne, already beyond the traditional mold, is doing very well with ebook sales. Bragelonne has 3,000 books on its backlist that, as at Albin Michel, make up a large part of sales.

“Our ebooks sell very well because we keep things dynamic,” says Deslandes. “We make sure ebooks are available at the same time as our paper books, at reasonable prices, and that our catalog has good visibility. We make selections and launch commercial operations available to readers.”

Bragelonne has also developed ebook collections—such as Snark and Emma—which are complementary to the general catalog, and can be printed on demand.

As far as sales abroad, Bragelonne does not separate figures for Switzerland and Belgium. Canada (Quebec), however, where Bragelonne has an office, is “very important for us,” said Deslandes.

All in all, there are conflicting statistics about how well ebooks are doing in France, but there is presence and progression, if not spectacular. The Italian adage here could apply: chi va piano va sano.

NetGalley’s Susan Ruszala also talks about France and digital publishing in our pre-Digital Book World interview with her here.