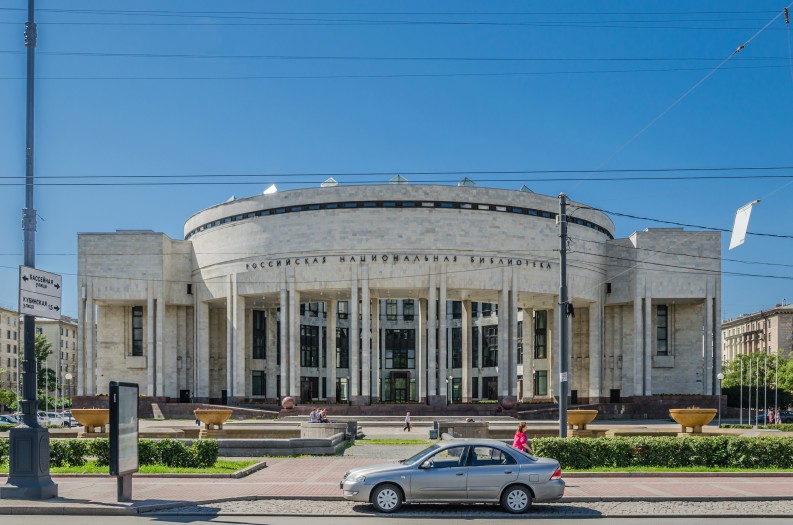 The plan includes the appointment of Alexander Visly, head of the Moscow library to direct the St. Petersburg library, the latter being the oldest in the country.

According to Visly, preparations for the merger of the libraries are underway, focused first on an integration of the two libraries’ digital libraries. “Merging could be useful for both libraries and there are historical precedents.

“For example, the same situation has occurred in Germany, which, prior to reunification in 1990, had two national libraries—located in Federal Republic of Germany and the German Democratic Republic—and they were united into a single library after the fall of the Berlin Wall.

“There is a possibility that a similar situation may take place in Russia.”

Currently both libraries are digitizing their physical collections, in accordance with a recent government order that all of Russia’s national libraries be digitized by 2020. The two major libraries’ merger is expected to speed up the national process.

There is some criticism of the two libraries’ consolidation, a group of some 450 Russian scientists asserting that the digitization process isn’t prioritized to handle the most important books in the Moscow collection first. Visly responds (in the Korobkova interview) with an invitation to the group to put forward their preferences for priorities.

“We are ready and grateful for their suggestions,” he says.

There are copyright considerations in play, of course, in material published after the 19th century. Visly proposes in the interview that scientists concerned with any particular volumes of “educational and scientific value” assist in determining its copyright status. A new library is to be built in the “New Moscow” district on a 4.7 hectares (11.6 acres)  tract of land. But “the design is not even started,” Visly tells Korobkova. “The money is not allocated.”

Visly adds that he wants the plan to include conservation facilities to neutralize acid paper, along with the establishment of a new “museum of the book” as part of the complex.

Asked by Korobkova about his view on print vs. ebooks, Visly concedes that digital reading has not moved as fast and far as he’d anticipated. He tells her:

“A few years ago, I thought that very soon, ebook would replace paper—maybe resulting in 5-percent print and 95-percent electronic. But now, I don’t think so. I think the ebook will occupy a niche on the order of 15 to 20 percent, and the bulk of the literature will be published in the paper version.